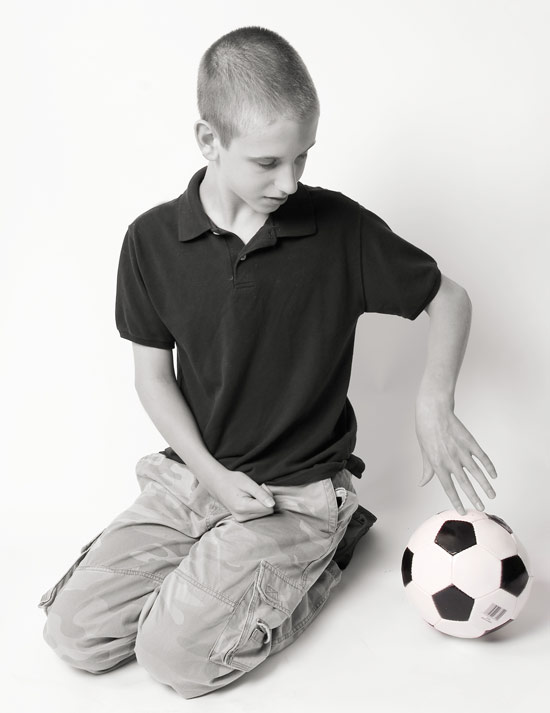 Silent threat: Tyler Jones was never diagnosed with epilepsy, but his mother says some of his behaviors resembled seizures.

Linda Jones’ son Tyler passed away two weeks before his 17th birthday. Diagnosed with autism at age 2, Tyler had severe cognitive and behavioral problems. Unlike his twin brother Austin, who was also diagnosed with autism but who will soon graduate with honors from high school, Tyler never learned to speak.

Both boys were generally healthy, so Tyler’s death was completely unexpected, his mother told researchers at a meeting of the New York State Autism Consortium on 24 March. She walked into his room one morning and found him lying half on and half off his bed, face down on a pillow.

In March 2010, seven months after Tyler’s death, the family received an autopsy report, labeled “no apparent cause of death.”

A study published online 6 April in the Journal of Child Neurology reports that unexplained deaths in people with autism are not uncommon. Death records in California for 2006, 2007 and 2009 reveal that half the deaths in otherwise healthy individuals with autism are attributed to unknown causes1.

Sudden death in autism is often coupled with a history of seizures2. In fact, sudden unexplained death in epilepsy — SUDEP for short — is believed to be responsible for the deaths of more than 4,000 people in the U.S. each year, most of them younger than 22 years. Sudden death is at least 20 times more common in people who have epilepsy compared with the general population.

Although researchers are beginning to hone in on risk factors for this phenomenon3, including grand mal seizures and use of more than one therapeutic drug, the causes remain murky. That’s doubly true for sudden unexplained death in individuals with autism who do not have a history of seizures.

“Right now there are more questions than answers,” says Edwin Cook, Jr., director of the laboratory of developmental neuroscience at the University of Illinois at Chicago.

Cook has a personal, as well as a professional, investment in finding answers. His brother, Kenneth Wade, had both autism and epilepsy, and died suddenly 22 years ago, at the age of 28.

In the new study, researchers analyzed death records of developmentally disabled individuals in California. Half of the 1,764 deaths among people who had autism, epilepsy, or both disorders had unknown causes.

Deaths in individuals with autism alone are 2.4 times higher compared with the general population, the study found. This finding coincides with two earlier studies that found at least a three-fold higher risk of mortality among those with autism spectrum disorders, particularly females4,5.

Those studies, conducted in Sweden and Denmark, found that individuals with autism are more likely to die of seizures, nervous system dysfunction and drowning. But as in the California study, a significant proportion of the deaths are attributed to unknown causes.

“All in all, information can be confusing and sparse,” says Jane Pickett, director of brain resources and data at the Autism Tissue Program and lead investigator on the new study. “And without autopsy and details on the cause of death, we do not know as much as we should.”

Autopsy rates have been declining in the U.S. for 40 years but that’s not the only reason that the causes remain murky, says Cook.

“Enough studies have been done of people who have died suddenly from epilepsy in general that if there were something showing up, they would find it,” he says. “This is not something that leaves a signature behind for autopsy.”

A mysterious cluster of deaths among young people with a duplication of the chromosomal region 15q11-13, which is associated with both autism and epilepsy, has drawn more attention to sudden unexplained death.

Between April 2006 and January 2009, six young people between the ages of 7 and 26 years who had what’s known as chromosome 15q duplication syndrome died suddenly. Five of the six had seizure disorders, although at the time of their deaths the seizures were controlled by medication. Another five children with the syndrome who were considered ‘medically fragile’ died suddenly and unexpectedly in the same time period.

Although the causes of this sharp rise in mortality are unclear, wider genetic screening for the disorder may play a role, says Carolyn Schanen, director of the Center for Clinical and Applied Genomics at Nemours Biomedical Research in Delaware.

“From the genetics side, we’ve finally gotten the message out to physicians about the need for microarray screening,” she says. That means many more people, including those who may be particularly at risk for sudden death, are being diagnosed with the syndrome.

The family support group IDEAS, a 15-year-old organization that promotes awareness, research and treatments for the syndrome, has grown from 250 families in 2007 to more than 600 families today.

In February 2009, IDEAS put out a medical advisory, alerting doctors that individuals with the syndrome might be at a higher risk of sudden death. The advisory noted the possibility of respiratory complications related to certain sedative drugs, including Ambien, Librium, Valium, Ativan and phenobarbital, frequently prescribed to relieve anxiety and control seizures.

“Boy, did we obsess over it,” says Cook, who advises the group. “If it was misinterpreted, someone might stop their medicine and have a seizure.”

It’s too soon to say if the advisory has averted any deaths, but it’s information both doctors and families should have, Cook says. “I mostly hear parents say, ‘How dare you not tell me. I have a right to know.'”