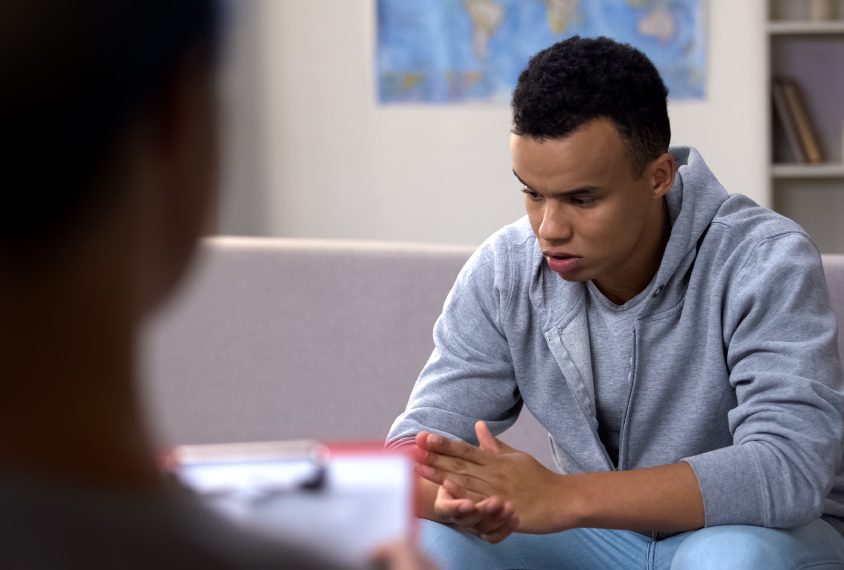 Black children with autism who are hospitalized for psychiatric problems are more impaired than their white peers, according to a new study1. Socioeconomic factors may explain this difference, experts say.

Previous research has shown that autistic black children are more likely to be hospitalized for psychiatric crises than are their white peers2.

The new study found that black children in inpatient facilities have significantly lower verbal ability, daily living skills, written communication skills and nonverbal intelligence quotients (IQ), as well as more behavioral problems, than their white peers. But the association between race and behavioral issues, daily living skills and written communication skills disappears when the researchers account for how the children’s verbal ability, IQ and age influence these factors.

The findings suggest that a lifetime of socioeconomic differences contribute to black children’s outcomes in hospitals. Black children are significantly less likely than white children to receive an autism diagnosis, for example, or the autism services they need.

“I think this is just one piece of the puzzle regarding how people with autism from different racial backgrounds are treated,” says lead investigator Carla Mazefsky, associate professor of psychiatry and psychology at the University of Pittsburgh in Pennsylvania. “What’s most interesting is that we really didn’t find race to be the factor that explained the differences in behavior or other characteristics.”

The study is the first to look at how racial disparities manifest among autistic children in hospitals. But the researchers did not look at differences in why the children were hospitalized.

“I wish they [had] also compared the reasons for hospitalization, which could give us more insight into differences between the groups,” says David Mandell, professor of psychiatry and pediatrics at the University of Pennsylvania.

Mazefsky’s team analyzed data from the Autism Inpatient Collection, a study of autistic children in six specialized inpatient psychiatry units around the United States3. They looked at data from 2013 to 2017 for 654 young people aged 4 to 20 years with a confirmed autism diagnosis.

The team found that black children score lower on measures of written language and daily living skills than their white peers, and they show more impaired social affect and inappropriate speech. But once researchers accounted for other factors, race could no longer predict the children’s daily living skills or behavior. The work appeared in January in Autism Research.

Other teams should build on this work by examining how socioeconomic status and lack of access to healthcare services contribute to these disparities, says Celine Saulnier, founder of Neurodevelopmental Assessment & Consulting Services in Decatur, Georgia, who was not involved with the work.

“We need to be focusing more on disparities because they are so prominent in the field of autism,” Saulnier says. Only the most impaired black children are diagnosed with autism, studies suggest4. And the rest may receive inaccurate diagnoses or no diagnosis at all, Saulnier notes. “There’s misdiagnoses, and there’s missed diagnoses.”

Mazefsky says delayed diagnosis can lead to many problems down the line.

“You could imagine how that would have snowball effects on the types of treatment opportunities they have as younger children or problems becoming more severe and warranting inpatient treatment,” Mazefsky says. “That’s one of the reasons we took this study on.”

Studies that track children from the time of their diagnosis would illuminate other factors, including differences in the types of treatment, that drive the differences between racial groups, she says.

The study did not look at black and white children outside a hospital setting, however.

Comparing data from hospitalized children with those from the broader community would have helped the researchers paint a clearer picture of how black and white children fare, notes Mandell.

“We don’t know whether the differences in presentation between black and white kids observed in the hospital (like differences in IQ) would also be present in kids who weren’t hospitalized,” he told Spectrum via email.

Despite this caveat, the study reinforces how much more work is needed to even out the healthcare services that autistic children across the racial spectrum receive, Mandell says.

“These investigators are contributing to a really important area of research.”