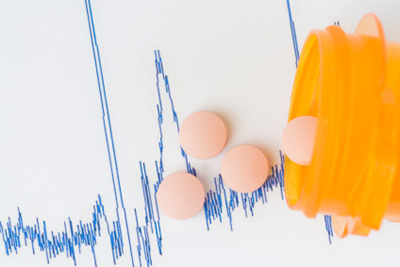 Statin save: A large-scale mouse screen suggests that lowering cholesterol can improve symptoms of Rett syndrome.

Defects in cholesterol metabolism may influence the severity of Rett syndrome, suggesting a treatment for the autism-related disorder, according to research presented Thursday at the 2013 International Meeting for Autism Research in San Sebastián, Spain.

Statins, which are used to treat high cholesterol in humans, seem to improve some symptoms of Rett syndrome in mouse models of the disorder.

“We have identified a new pathway, not linked to Rett before, that is targetable with cholesterol drugs,” says Christine Buchovecky, a graduate student in Monica Justice’s lab at Baylor College of Medicine in Houston, Texas, who presented the research.

The vast majority of Rett syndrome cases are caused by mutations in the MeCP2 gene. But symptom severity can vary widely, inspiring scientists to search for genetic modifiers — mutations that can alter the severity of a disorder. Identifying protective mutations could provide new drug targets.

A screen of modifiers in animal models of Rett syndrome has yielded some promising candidates, including a mutation in an enzyme essential for cholesterol synthesis.

MeCP2 regulates the expression of a number of proteins and influences many biological pathways, making it difficult to zero in on the targets that are essential in Rett syndrome. “When MeCP2 is not functioning properly, you end up with hundreds of proteins misregulated, so it’s hard to identify what pathway is involved,” says Buchovecky.

The researchers first used a chemical mutagen to introduce new mutations in mice lacking MeCP2, which mimic many of the symptoms of Rett syndrome. They then looked for animals with mild symptoms, bred those animals, and sequenced their DNA to identify the mutation.

They have so far created five different lines of mice. The best-characterized to date has a mutation in a rate-limiting enzyme in cholesterol synthesis.

Though best known for its role in heart disease, cholesterol plays a number of roles in the body. It supports cell membranes, is the precursor to many fatty acids, hormones and vitamins, and is a major component of myelin, the fatty membrane that surrounds neurons.

About a quarter of the body’s cholesterol is made in the brain. Cholesterol is also involved in the release of neurotransmitters, signaling molecules in the brain, and is important for the remodeling of neuronal branches. The latter process is known to be dysregulated in Rett syndrome, says Buchovecky.

Cholesterol has been implicated in some neurological and neurodevelopmental disorders, including Alzheimer’s disease, Huntington’s disease and Niemann-Pick type C, a rare genetic disorder that results in the build-up of cholesterol.

The researchers found that Rett model mice have high levels of cholesterol in the brain. Buchovecky says it is not yet clear whether the animals overproduce it or fail to get rid of it. Cholesterol build-up is toxic to neurons.

The animals also have high cholesterol levels outside the brain and high levels of triglycerides in the liver, a sign of metabolic syndrome.

Treating the Rett mice with statins, which lower cholesterol levels, improves their activity level. In the open field test, which measures motor activity and anxiety, they are as active as normal mice. They also perform better than their untreated counterparts on the rotarod test, which assesses motor function.

It’s not yet clear whether the findings translate to girls with the disorder. It’s also not clear whether the findings will extend to more common causes of autism. However, research presented at the 2012 Society for Neuroscience annual meeting showed that statins improve symptoms of fragile X syndrome, another autism-related disorder, in animal models. The drugs make the animals less prone to seizures and normalize protein production in the brain.

Correction: This article has been modified from the original. A previous version mentioned Rett syndrome databases that record cholesterol levels. The researchers say that, to their knowledge, no such databases exist.