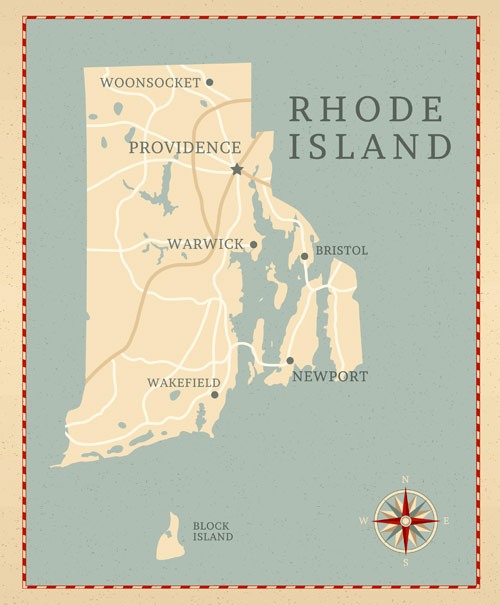 On the map: Researchers in Rhode Island say the state’s small size and unique character will help them reach all residents with autism.

On the map: Researchers in Rhode Island say the state’s small size and unique character will help them reach all residents with autism.

A consortium of autism researchers, advocates and educators in Rhode Island are aiming to harness the state’s small size and tight-knit autism community to build the most comprehensive registry for the disorder yet.

If the project succeeds, it will yield a dataset useful far beyond the state’s borders. Although Rhode Island is the smallest state in the U.S., it is geographically diverse and has an ethnic makeup that roughly mirrors that of the nation as a whole.

Known as the Rhode Island Consortium for Autism Research and Treatment, or RI-CART, the group has set an audacious goal of including in the registry every individual in the state diagnosed with autism. That’s an estimated 2,500 children from 1st grade through high school, as well as preschoolers in early intervention programs and adults with autism.

“A geographic cohort can be very valuable,” for example by enabling more rigorous studies of autism clusters, says Gregory Farber, director of the Office of Technology Development and Coordination at the National Institute of Mental Health. Farber is not a member of RI-CART, but has talked with scientists involved about making RI-CART data compatible with the National Database for Autism Research and other national registries.

RI-CART, which includes about 50 autism researchers, clinicians, educators, parent advocates and representatives from government agencies around the state, meets once every month. While it doesn’t yet have funding, the group is seeking grants from various foundations and government sources.

“The amount of money that would really set this ablaze is relatively small,” says Daniel Dickstein, assistant professor of psychiatry and human behavior at Brown University in Providence, Rhode Island. Less than half a million dollars would enable the group to build a registry database and hire a three-person team to begin recruiting participants, he says.

The consortium launched in March 2009 with a small group of scientists who wanted to increase collaboration among autism researchers in the state.

“Oftentimes we’re seeing the same family members across different investigators and different studies, but we don’t know that,” says Matthew Goodwin, assistant professor of health sciences at Northeastern University in Boston. Goodwin was director of research at the Groden Center in Providence, an organization that provides services to people with autism and developmental disabilities,before moving to Boston, and he remains active in RI-CART.

The group proposes to create a registry with global unique identifiers, or GUIDs, assigned to each participant in order to facilitate data-sharing among different autism researchers. They would join a number of other large registries that are beginning to adopt GUIDs. Over time, the RI-CART database would amass demographic, genetic, brain imaging and a variety of other information from its participants.

Other projects, such as the Simons Simplex Collection, run by SFARI.org’s parent organization, and the Autism Phenome Project have also assembled a diverse array of phenotypic information about individuals with autism. But RI-CART aims to be more multidisciplinary than these registries, with information such as the types and locations of services that participants receive, and the outcomes of various interventions.

There are autism registries in other states, such as West Virginia and Missouri, but none have been able to gather a representative sample of the broader population, making epidemiological studies difficult.

“I think that’s been a real frustration among those that have designed some of the existing state registries,” says Paul Law, director of the Interactive Autism Network, based at the Kennedy Krieger Institute in Baltimore. Law and Thomas Anders, one of two leaders of RI-CART, have discussed creating links between the network and the Rhode Island project, perhaps by making it possible for people to join both registries at the same time.

RI-CART envisions a three-person team — a psychologist, an educational specialist and a parent advocate — that would travel to clinics, service providers and perhaps homes throughout the state to help recruit people into the registry.

Here, the state’s small size is a major advantage. Only about one million people live there, and it takes just an hour to drive from one side of the state to the other. “We can do face time, which is really hard for a lot of other states,” says Goodwin.

The team’s psychologist would administer the Autism Diagnostic Observation Schedule (ADOS), which would be offered free of charge to every person diagnosed with autism in the state. The educational specialist and the parent advocate would help parents and teachers understand a child’s ADOS results, and connect families with resources and treatment.

Only about ten percent of children with autism in Rhode Island have access to the ADOS, considered a ‘gold standard’ for the clinical diagnosis of autism. (The situation is similar in other states.) “We think this would greatly improve the accuracy of autism diagnoses, as well as potentially improve the treatment that these kids get,” says Anders, adjunct professor of psychiatry and human behavior at Brown.

The effort to implement ADOS more widely will benefit researchers participating in the consortium. Only a fraction of autism studies are conducted with participants whose diagnosis has been confirmed with either the ADOS or the Autism Diagnostic Interview-Revised (ADI-R).

Getting this information into the hands of educators could be easier said than done, however, says Valerie Hu, professor of biochemistry and molecular biology at George Washington University in Washington, D.C. “Realistically speaking, teachers have to be given the time to invest in looking at all this data.”

Still, better access to the ADOS and help from RI-CART’s team will be a boon to families trying to navigate the system, she says. “You’re kind of floundering, like, ‘What next? Where can I access the support and services that my kid needs?’” says Hu, who has an adult son with autism. “And there’s no one directing you anywhere.”