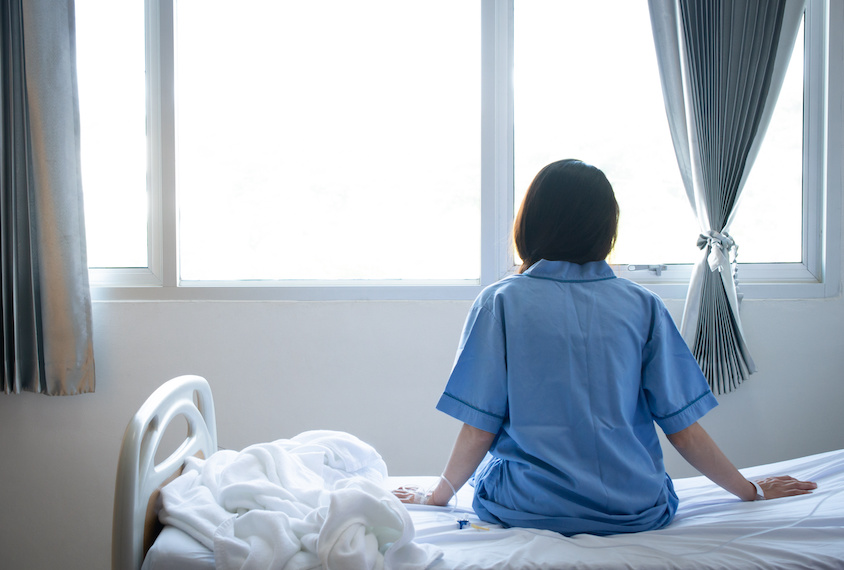 This article was originally published in May 2022 as a conference report from the International Society for Autism Research annual meeting. We have updated the article to reflect new data published in JAMA Psychiatry in October 2022.

About 32 percent of autistic women are hospitalized for a psychiatric condition by age 25, a fraction six times higher than for women without autism and nearly twice that of autistic men.

“That is quite a shocking number,” says Miriam Martini, a graduate student in medical epidemiology and biostatistics who works in Mark Taylor’s group at the Karolinska Institutet in Solna, Sweden.

Martini presented the findings 13 May at the 2022 International Society for Autism Research annual meeting. (Links to abstracts may work only for registered conference attendees.)

A 2021 study, which used a Danish health registry, analyzed data on co-occurring conditions for about 16,000 autistic people up to age 16. The new study appears to be the first national registry-based effort to do the same for women up to age 25, thus capturing a critical time point in young adulthood, when many mental health disorders are first diagnosed.

Data for the study came from about 1.3 million people born in Sweden between 1985 and 1997, nearly 21,000 of whom have autism and about 7,100 of whom are women. The researchers pooled together multiple databases — including the Medical Birth Register, National Patient Register and Prescribed Drug Register — to track 11 different psychiatric diagnoses, from anxiety and depression to sleep disorders and self-harm.

After controlling for birth year and co-occurring attention-deficit/hyperactivity disorder or intellectual disability, autistic men and women were still significantly more likely than non-autistic people to be hospitalized for any psychiatric condition.

“Now we know that psychiatric hospitalization is much more common among autistic individuals, and especially among autistic women,” Martini says. “So it would be nice to identify what are the precursors for this? How did they get to this stage?”

The findings are dire; they suggest a critical need for expanded mental health services, Martini says, especially for women with autism.