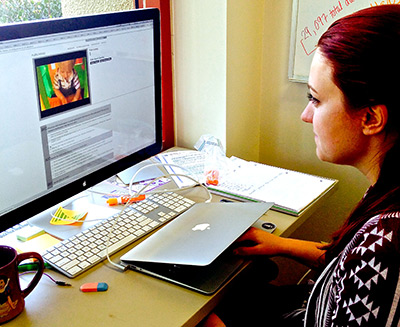 Untrained volunteers can reliably detect signs of autism in children by watching home videos of the children posted on YouTube, suggests a study published 16 April in PLoS One1.

But critics say fundamental design flaws in the study, including the lack of controls for age or gender, undermine its results. Also, they say, this technique cannot diagnose complex behaviors, or distinguish autism from other developmental disorders.

With no biological test available, autism diagnoses typically rely on detailed behavioral testing by clinical psychologists — for example, the Autism Diagnostic Observation Schedule (ADOS), which can take up to an hour.

Because autism prevalence is on the rise, the waiting time for expert consultations can be months long. Expediting diagnoses would help children with autism gain access to early intervention, which is crucial. The first wave of studies is showing that intensive behavioral therapies for children between the ages of 2 and 4 years can substantially improve symptoms of the disorder.

“There is a way to take advantage of a virtual workforce,” says lead investigator Dennis Wall, professor of pediatrics and psychiatry at Stanford University School of Medicine in California. Parents who live hours away from a clinic could get a diagnosis without traveling to a specialist clinic, he adds. “What this means is the bottleneck [to diagnosis] will be opened up.”

In the study, two undergraduate students selected 100 YouTube videos, each under ten minutes long, uploaded by parents of children between 1 and 15 years of age.

In 45 of those videos, parents included autism-related tags or other keywords in the titles or descriptions. The researchers considered this a self-reported diagnosis. The other 55 videosmade no mention of autism. (Despite the wide age range, the sample skewed young: The average age of the children with autism was 4.35 years, and 2.89 years for those without autism.)

A group of four undergraduates who were familiar with the ADOS checklist — including the two students who originally selected the videos and who may have noticed an autism tag — watched the clips and scored the children using a version of the ADOS reserved for younger children.

The students accurately classified children with an autism diagnosis 96.8 percent of the time.

When a clinical practitioner subsequently watched and scored 22 of the videos using the same ADOS criteria, she failed to identify autism in three cases that the students had categorized correctly.

Other experts criticize the study, saying that the methods used are flawed, and that the technique dramatically oversimplifies a sensitive diagnostic process.

“This is a very poorly designed study,” says Catherine Lord, professor of psychology at Weill Cornell Medical College and New York-Presbyterian Hospital, who developed the ADOS. Lord was not involved in the new study.

Lord agrees with Wall’s general goal. “We need to figure out the best ways to use electronic information to find out about children and make diagnoses,” she says.

But comparing an assortment of videos without focusing on a similar age range, gender or activity type is like “comparing apples and oranges,” she says.

Lord says she also finds the idea of a near-instant diagnosis for autism — one with life-long implications — ethically troubling. “I would be so upset with this idea that you’re going to tell me from a two-minute video that my child has it or doesn’t have it,” she says.

Additionally, she says, few parents are seeking just a label. “They want to understand: What is it my kid can’t do? What can I do about it?” Digital diagnoses from a distance can’t provide these kinds of answers, she says.

Another important limitation of the study is that the random collection of home videos may not be representative of the variety of behaviors that can make autism diagnoses so difficult, says John Constantino, professor of psychiatry and pediatrics at Washington University School of Medicine in St. Louis.

“This proof-of-principle study is a long way from addressing whether the use of brief video clips might feasibly enhance diagnostic screening or severity ascertainment,” Constantino says. “But it is an interesting first foray.”