Positive screen for autism often does not spur further evaluation 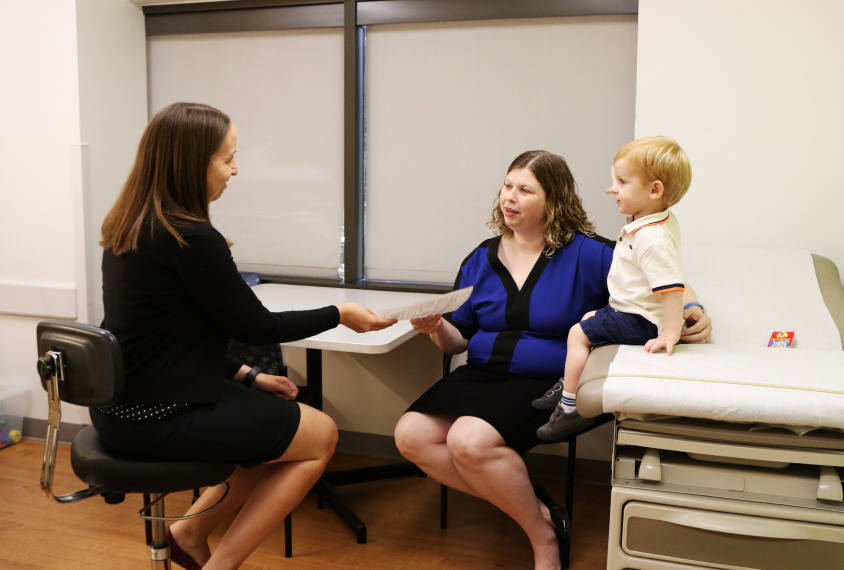 Wishful thinking: Pediatricians may hesitate to refer some children to an autism specialist, hoping to spare parents unnecessary worry.

More than two-thirds of toddlers flagged for autism at doctor visits do not get assessed for the condition by specialists, according to a study of more than 13,000 children1.

Most children are screened for autism at 18 and 24 months, as the American Academy of Pediatrics recommends. It’s after this step that the system fails autistic children, the study suggests.

Nearly 60 percent of the children flagged by screening were diagnosed with developmental delays or language disorders. Many were offered treatment for those conditions.

“It seems like providers are more comfortable [diagnosing these other conditions] and not comfortable evaluating for autism,” says lead investigator Robin Kochel, associate professor of pediatrics at Baylor College of Medicine.

The researchers reviewed electronic medical records for well visits in the Texas Children’s Hospital network from 2014 to 2016. The network includes 290 pediatricians at 54 pediatric primary care practices.

Of 13,417 toddlers, 93 percent were screened at 18 months using the Modified Checklist for Autism in Toddlers (M-CHAT). At 24 months, 82 percent of 13,328 toddlers were screened. The checklist is a widely used screen that comprises 23 yes-or-no questions that probe social, motor and language skills. The findings were published 12 September in Pediatrics.

The high screening rate suggests that pediatricians in the hospital’s network are trained well, says Christina Bethell, director of the Child and Adolescent Health Measurement Initiative at Johns Hopkins University in Baltimore, Maryland, who was not involved in the study. The highest screening rates reported in studies done in other states hover around 60 percent2.

Many children the M-CHAT flags do not have autism. A study published last week showed that 85 percent of the children the screen flags for autism do not have the condition3. But the earlier those who do have it are diagnosed and receive treatment, the better their outcomes.

Canary in the coal mine:

Of the 530 children the M-CHAT flagged in this study, 344 were never referred to a specialist. Given the high level of expertise in the network, referral rates elsewhere may be even lower, Bethell says: “If anything, it’s a canary in a coal mine [showing us] that we have a problem.”

It’s unclear exactly why the referral rates are low. Doctors may not have referred the other children to specialists because there were taking a wait-and-see approach, in order to spare families unnecessary worry. The pediatricians’ clinical judgement is important because there are not enough specialists to evaluate all of the children the M-CHAT flags in a timely way.

Still, there is danger in dawdling, says Kochel.

“Most often, when a child has some kind of developmental or speech delay, it’s not autism,” Kochel says. But “the longer we wait to take action, the further it can set that child back.”

Low referral rates may also indicate that pediatricians are not familiar with the complicated process for referring children. Or parents may not have understood the need to take this next step: Parents of only 68 of the 165 children took their child to see a specialist.

Analyzing what happens in clinics, as the new study did, is critical to understanding the diagnostic process, says Judith Miller, senior scientist at the Center for Autism Research at the Children’s Hospital of Philadelphia, who was not involved in the study. “Only by studying real-world practice can we improve real-world care.”