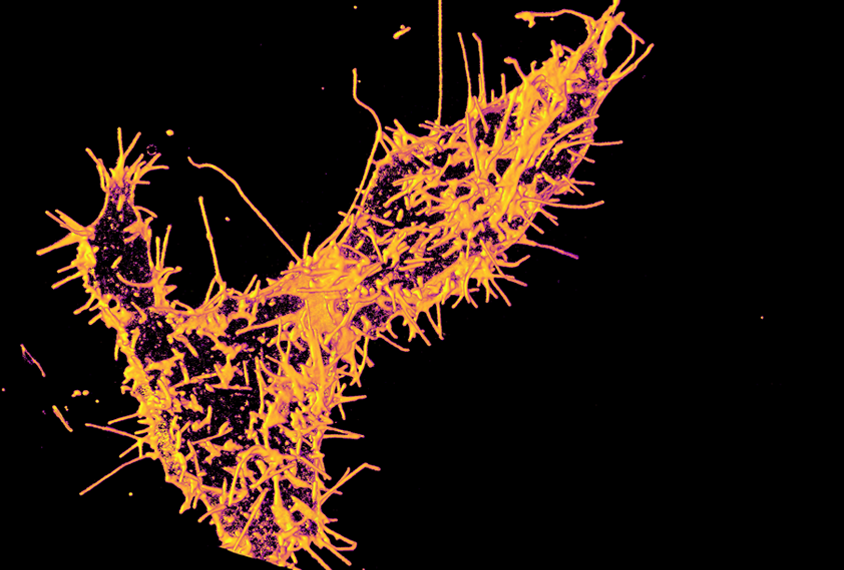 The neuronal membrane is a dynamic place. It continually shifts its shape, bulging outward to sprout antenna that guide cell movement or branches that connect with other neurons, in a process orchestrated by membrane-remodeling proteins.

TAOK1, a gene strongly linked to autism and other neurodevelopmental conditions, helps to mold the membrane, and mutations in the gene deform the neuronal surface, a new study shows. Those irregularities could contribute to core traits associated with TAOK1 mutations, such as intellectual disability.

The gene belongs to a family of three TAO kinases that add phosphate groups to signaling proteins. All three enzymes contribute to brain development, and mutations that disrupt their function have been linked to autism in earlier work. For instance, TAOK2, located on a chunk of chromosome 16 that is missing in some autistic people, regulates neuronal migration.

“When people talk about TAOKs, they kind of lump them altogether and think of them as doing the same thing,” says lead investigator Smita Yadav, assistant professor of pharmacology at the University of Washington in Seattle. “But our work shows that they are very different proteins, doing very different things.”

Previous studies hinted at TAOK1’s potential role in neuronal wiring. Turning up TAOK1 gene levels in mice distorts dendritic spines, and depleting the invertebrate version of the protein in fruit flies leads to overgrown dendrites and hyperconnectivity. But how TAOK1 mutations trigger connectivity changes was unclear.

In the new study, the researchers focused on four mutations that are linked to autism or other neurodevelopmental conditions and that prevent TAOK1 from phosphorylating its targets. Cultured neurons and human kidney cells that express these “kinase-dead” versions of the gene sprouted tentacle-like protrusions over the entire cell surface, the team found. The structures hyperextended until they broke off, littering the culture medium with debris.

Further investigation revealed that TAOK1 binds to the plasma membrane and dissociates by attaching a phosphate group to itself. Unable to autophosphorylate, the kinase-dead mutants can’t switch themselves off to tear away from the membrane. Trapped at the cell surface, TAOK1 mutants excessively shape the cell’s outer layer, coating it with protrusions. 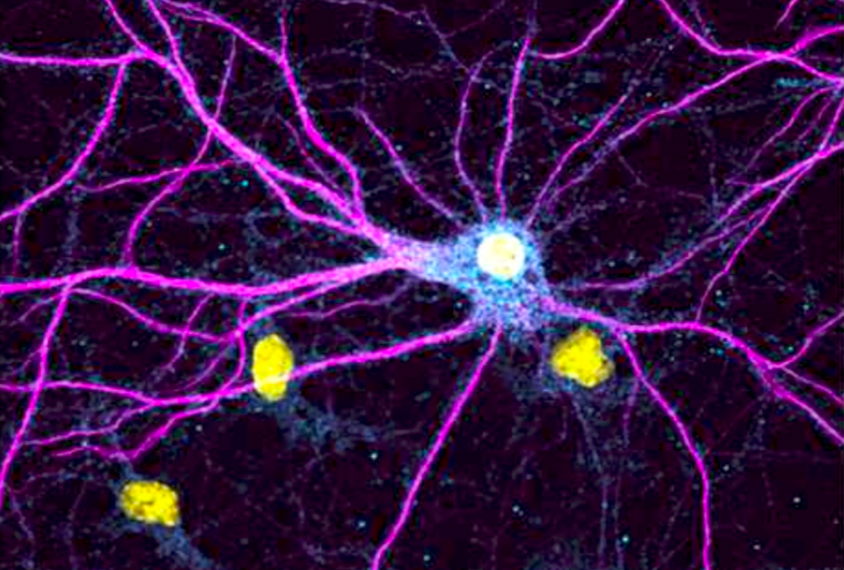 “It’s interesting that TAOK1 and TAOK2 are so complementary and have overlapping functions, but have very different roles as well,” says Karun Singh, associate professor of biochemistry and biomedical science at McMaster University in Hamilton, Canada, who was not involved in the study. “It definitely warrants further investigation,” he says.

The findings were published on 3 January in Science Signaling.

“Mechanistically speaking, they really nailed down at least one of the roles of TAOK1,” says Froylan Calderón de Anda, head of the neuronal development research group at the University Medical Centre Hamburg-Eppendorf in Germany, who did not take part in the study. But more data, ideally from animal models, is needed to determine how the abnormal structures affect neuronal wiring, he says.

Yadav’s team plans to further investigate the effects of TAOK1 mutations in cells that better reflect how those mutations occur in people, who typically carry only one disrupted copy; so far, the researchers have used cells containing two functional copies and a mutated version expressed at artificially high levels. The next step, Yadav says, is to mutate a single gene copy using CRISPR in neurons grown from human stem cells.

Doing so will enable the team to test the potential of kinase-activating drugs. “Protein kinases are superb drug targets,” says Patrick Eyers, professor of biochemistry at the University of Liverpool in the United Kingdom, who was not involved in the study. Molecules that can reshape TAOK1 may reactivate the protein and help sculpt the plasma membrane, he adds. Genetic approaches that increase expression of the functional copy, such as antisense oligonucleotides, may also show potential, Yadav says.

The researchers are also probing the effects of TAOK1 mutations that don’t inhibit kinase activity. Unpublished work by the lab suggests these have distinct effects, which might be mapped to distinct traits. This result implies that a therapy targeting one mutation may not be effective for all, Yadav says.