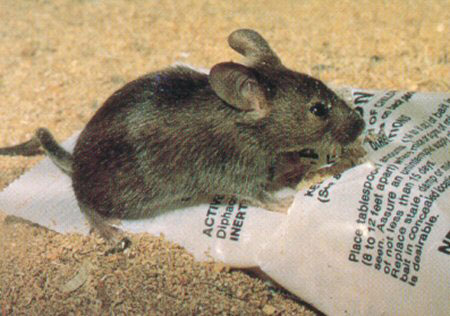 The gene-environment interactions that are thought to contribute to many cases of autism can now be explored in a mouse model, according to a poster presented Sunday at the Society for Neuroscience annual meeting.

The study involves a strain of mice deficient in a brain protein, reelin, that has been linked to autism. “‘Reeler’ mice are easy to come by,” says study leader Ellen Carpenter, associate professor of psychiatry and biobehavioral sciences at the University of California, Los Angeles.

The team did something new with this widely available mouse strain. They implanted small pumps containing a common pesticide, chlorpyrifos-oxon, into pregnant mice, exposing the embryos to the chemical during a crucial window for brain development.

The reeler offspring exposed to this pesticide show some behavioral changes reminiscent of autism, but these effects are more marked in females than in males — a surprise, as autism affects about four times as many boys as girls. The females, for example, make fewer vocalizations, which mimics the impairment of communication seen in people with autism.

Although the behavioral patterns aren’t as clear in the male mice, their brains do show structural changes. The most striking abnormalities, says Carpenter, are seen in the hippocampus, a brain region associated with learning and memory.

When reeler mice are also treated with the pesticide, the cells in their hippocampus show a disordered pattern, rather than the normal arrangement of neat layers.

That’s not surprising, says Christine Gall, a professor of neurobiology and behavior at the University of California, Irvine, because reelin helps guide cells in the developing brain to their proper positions. “The interesting part is that it’s interacting with an environmental variable.”

Julie Lauterborn, an associate researcher at the University of California at Irvine, notes that autism is a heterogeneous disorder that involves multiple genes and environmental factors, so the new mouse model may be relevant to only a subset of people with autism.