Mini-brains may pin down key genes in large mutations 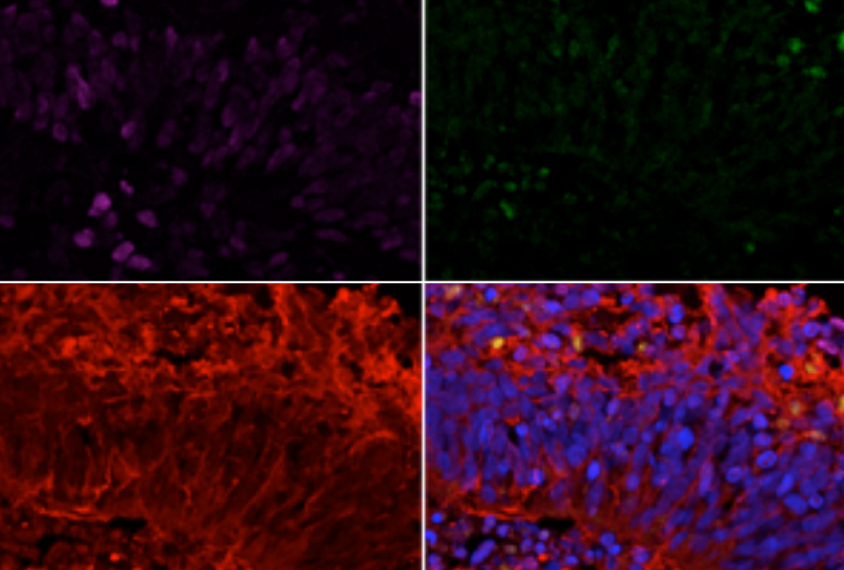 Clusters of brain cells — so-called ‘mini-brains’ grown in the lab — may help researchers understand how large stretches of duplicated or deleted DNA affect the brain.

One team is using the approach to look at the effect of two genetic variants linked to autism: duplication of 15q11.13 and deletion of 16p11.2. Each of these copy number variants (CNVs) disrupts multiple genes and has wide-ranging effects on gene expression.

The researchers found that duplication of 15q11.13 may alter the number of neurons that make the chemical messenger dopamine, which is involved in reward-motivated behavior; deletion of 16p11.2 alters the number of progenitor cells — early precursors of neurons — and stem cells primed to become brain cells.

The team presented the findings Thursday at the 2018 American Society of Human Genetics conference in San Diego, California.

The researchers coaxed skin cells, taken from people with one of the target CNVs, to become stem cells. They grew these stem cells into cerebral organoids — balls of cells that mimic the basic structure of the brain. Each organoid contains several cell types found in the fetal brain, says Elaine Lim, a postdoctoral associate in George Church’s lab at Harvard University who presented the findings.

Lim and her colleagues then used a statistical trick that allowed them to identify patterns of gene expression in individual neurons without having to isolate and sequence each cell. “We do the cheap version,” she says.

In control organoids, gene expression differs by as much as 7 percent between individuals, and between organoids from the same individual, the researchers found. They generated a statistical method to account for this variability before comparing control organoids with those from people with either CNV.

To investigate whether the CNVs affect some brain cell types more than others, the researchers looked at an existing study that sequenced RNA from 67,000 brain organoid cells, one at a time. That study defined the expression patterns of 10 distinct cell types1. Lim and her colleagues applied a statistical method that allowed them to identify these same patterns in whole-organoid RNA, without needing to separate individual cells. The analysis found specific cell types that each CNV affects.

The researchers also used their organoids to find out whether certain genes drive the effect of the whole CNV. To do this, they identified genes outside the CNV region that show altered expression in the mutant organoids. They then looked at databases to check whether these genes tend to be expressed in the same cell types or at the same time in development as a gene from a CNV.

Lim and her colleagues plan to build organoids with either a missing or extra copy of each potential driver gene, using the genetic-engineering technology CRISPR. They aim to compare the gene expression in each organoid with that in organoids that have the full CNV.