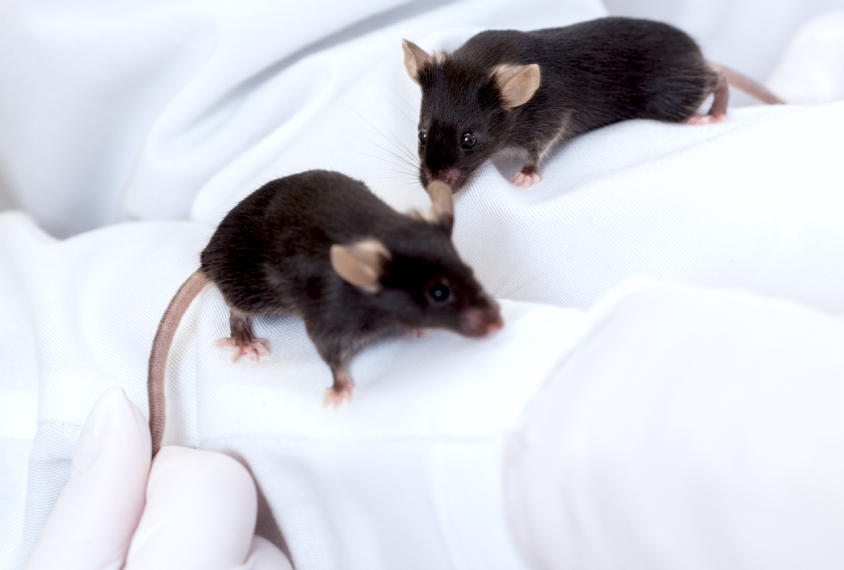 Next top model: New mice with a mutation in ADNP offer an improvement over an older version.

A new autism mouse model carries the same mutation in a gene called ADNP that is seen in autistic people. The mice may mimic autism more closely than an older model, which lacks the gene entirely.

The new mice also may better reflect some of the social problems seen in autistic people.

Mutations in ADNP frequently cause autism along with developmental disability and a host of other clinical features.

“Two major aspects of ADNP syndrome are cognitive disability and, of course, autism, so we tested these facets in a new model and compared them to the older model,” says Gidon Karmon, who presented the work. Karmon is a graduate student in the lab of Illana Gozes at Tel Aviv University in Israel. Gozes’ team also created the original ADNP model.

The researchers started with a strain of mice called C57BL/6N and used the gene-editing system CRISPR/Cas9 to create a mouse version of the human ADNP mutation.

They tested the mice’s memory by measuring how well the animals are able to recognize an object they encountered the previous day. Males and females of the older model both have problems recognizing the object, but only the females of the new strain do. The clinical relevance of that difference is not clear, Karmon says.

Social difficulties are not sex-dependent in the new mice, however. The researchers found that both sexes show no preference for another mouse over an object. Only the females in the older model show this behavior, perhaps in part because they are poor at discriminating odors, which mice use to tell each other apart, Karmon says.

Overall, the new mice may better represent the social behavior in people who have ADNP mutations, the researchers say.

Social tests may also be more reliable in the new model because all mice of the C57BL/6N strain have trouble discriminating odors. That means the mutants and the controls are operating from the same baseline, making differences easier to see.

The choice of background strain for a model can be important in this way, Karmon says. “That’s something we thought other investigators should consider when engineering new autism models.”

The researchers are continuing to look for other differences between the strains.