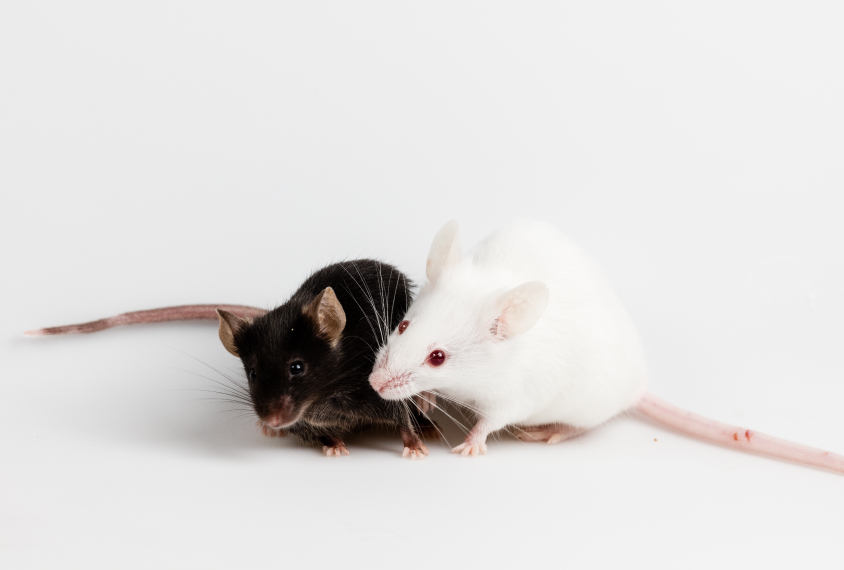 Social outing: Mice given oxytocin gravitate toward the sounds of other mice.

Mice treated with oxytocin show signs of new neuron growth in the hippocampus and changes in social behavior — but not immediately after they finish treatment, according to unpublished research.

“Our results suggest that [intranasal oxytocin] is able to produce enduring effects on social approach, and that neuroplasticity may be involved,” said Patrick Monari, a graduate student in the lab of Catherine Marler at the University of Wisconsin-Madison, in a presentation.

Prior research suggests that oxytocin treatment brings about social behavior in mice that would otherwise keep to themselves. Research on the hormone’s effects in autistic people, meanwhile, has had mixed results. A few trials have linked treatment with an oxytocin nasal spray to improvements in social skills, but two other trials found that autistic children given the spray don’t perform any better on a measure of social withdrawal than children given a placebo spray.

For the new work, the researchers compared neuron density in the hippocampus and social behavior among mice given oxytocin or a placebo for seven days. They tested one group of mice right after they finished treatment and another group three weeks later.

Monari and his colleagues ran two experiments. In the first trial, they treated 50 mice daily with intranasal oxytocin or a placebo for a week. Three weeks later, they measured how much time the mice spent near a speaker playing a track of aggressive mouse barking sounds.

In the second experiment, the researchers gave 48 mice the same treatment but didn’t wait to test their behavior; they assessed the animals immediately after they finished their course of oxytocin or placebo.

The scientists also studied the brains of the mice tested later and looked for doublecortin, a protein expressed by immature neurons and used as a marker for neurogenesis. The mice treated with oxytocin had more immature neurons in the ventral hippocampus than did mice that didn’t receive oxytocin.

“Oxytocin is known to stimulate adult neurogenesis,” Monari said in his presentation, adding that he and his colleagues predicted that the new neurons would not be mature enough to make a difference in social behavior until after the three-week delay.

Next, Monari says, he plans to study the brains of the mice that took the test right after they finished their course of treatment. Further down the line, he intends to examine the relationship between the mice’s new neurons and their changed social behavior.