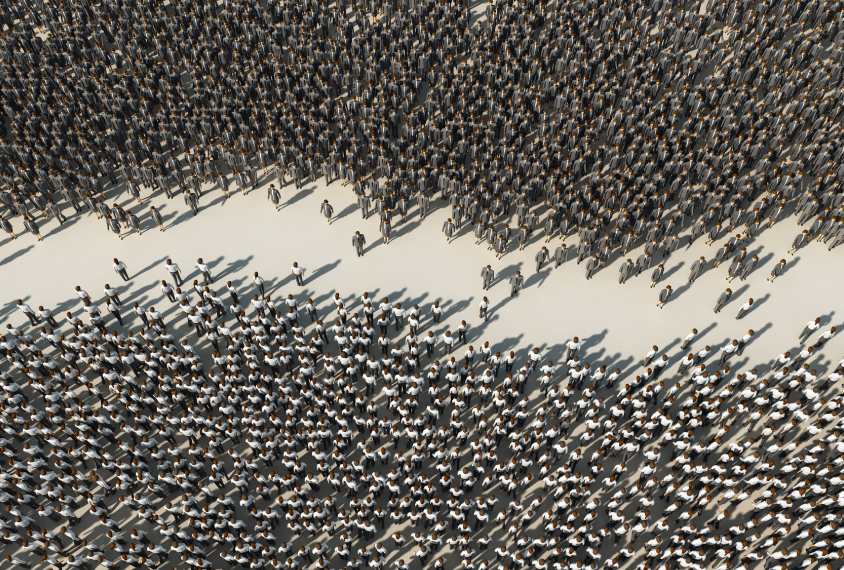 The largest-ever set of sequences from people with developmental delay has revealed 43 new genetic causes of the condition. Researchers presented the preliminary data Friday at the 2018 American Society of Human Genetics conference in San Diego, California.

The study is part of a collaborative effort to identify genetic causes of constellations of features that include severe developmental delay. Many of the participants have autism.

Researchers sequenced the exomes, or the protein-coding portions of the genome, of 31,058 people with developmental delay and their unaffected parents. They analyzed the exomes of 93,174 individuals in all and looked for mutations that arose spontaneously in the child.

“This is hundreds of [new] diagnoses that we will be potentially returning to families,” says Kaitlin Samocha, a postdoctoral fellow in Matthew Hurles’ lab at the Wellcome Sanger Institute in the United Kingdom. Samocha presented the findings.

The results of the study have implications for autism, as some of the genes that underlie developmental delay are also involved in autism.

“The new results provide the community with a huge insight into the genes that primarily confer significant cognitive and developmental risk,” says Jack Kosmicki, a graduate student in Mark Daly’s lab at Massachusetts General Hospital in Boston. The findings will enable researchers to see which ‘autism’ genes show stronger ties to intellectual disability than to the core features of autism, he says.

In the first set of results from this study, published last year, researchers linked 94 genes to developmental delay in more than 4,000 individuals; 14 of these genes were new to the field1. The participants in that study came from the Deciphering Developmental Disorders project, which is designed to identify genetic causes of developmental delay.

The new work included nearly 10,000 participants from that project, as well as more than 18,000 sequences from GeneDX, a genetic testing company based in Gaithersburg, Maryland. The team also examined sequences from more than 2,000 people with developmental delay recruited by scientists at Radboud University in the Netherlands.

The researchers also optimized their statistical methods so that they could add up the effects of different types of mutations in a gene. This method takes into account whether a region of a gene tends to be mutated in typical individuals; it also checks whether any mutations with known ties to a condition are in those regions.

Of the 302 genes identified in the study, 15 would have been missed by previous methods, Samocha says.

The researchers found mutations in 43 genes not previously linked to developmental delay and in another 64 genes for which results have been mixed.

Many of the newly discovered mutations alter a single amino acid and are likely to confer a new, harmful function to the protein rather than disabling it entirely, Samocha says. Mutations of this type are rare and difficult to find in small groups of participants.