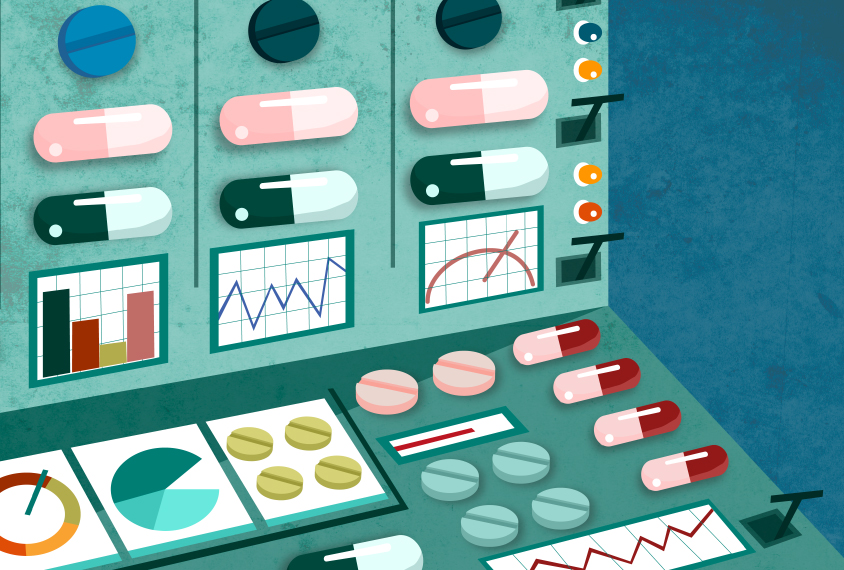 Today we released the first iteration of our Autism Drug Trial Tracker, which provides interactive, curated information on more than 200 clinical trials for autism and related conditions. The data powering the web application are freely available, as is the code that was used to scrape the data.

We intend to update the tracker monthly, as new data become available. If you have feedback or suggestions, or if you would like to see additional features, please contact us at [email protected].

You can use the interactive web tool to filter the dataset based on sponsors, enrollment count or a slew of other factors. And the filtered data can be plotted in one or two dimensions, or downloaded directly to a .csv file. We hope this tool facilitates discoveries and helps to bring the evolving landscape of autism drug treatment into sharper focus.

Despite hundreds of clinical trials and dozens of drugs tested for autism, none are approved to treat the condition’s core features. Just two drugs — the antipsychotics risperidone and aripiprazole — have been approved by the U.S. Food and Drug Administration (FDA) to treat autism-related irritability.

The Autism Drug Trial Tracker is not exhaustive. We consulted with clinicians and researchers, some of whom have designed and performed their own clinical trials for autistic people, to choose our data inclusion criteria. We limited our dataset to a subset of trials scraped from the ClinicalTrials.gov results database, which was launched in September 2008 and may not include trials from before that year. We limited our data to include only placebo-controlled trials that are phase 2 and higher, and to exclude trials that are based solely on behavioral interventions. We also excluded drugs tested in combined phase 1 and 2 trials, and we only considered trials involving people diagnosed with autism or a short list of syndromic forms of the condition.

The most commonly tested drug in our dataset is oxytocin, with 19 clinical trials over the past two decades. A large, placebo-controlled trial published in October found that oxytocin was not more effective than placebo at increasing social behaviors in autistic children.

Nearly 10 percent of all trials in the tracker have announced a termination for one reason or another. The most common reasons are a failure to recruit participants, financial difficulties and a lack of efficacy. A few stand out: One tested whether Trichuris suis (whipworm) eggs, suspended in a saline solution, could treat autism. The researchers halted the study because it didn’t meet primary endpoints, according to data submitted by the trial authors.

Another trial, withdrawn in 2007 before participants even enrolled, aimed to test whether dimercaptosuccinic acid, or DMSA, could treat autism. DMSA binds to metal ions in the blood and may reduce lead content in the brain. The U.S. National Institute of Mental Health funded the trial, but the work rested on the debunked premise that thimerosal, the mercury-based preservative used in some vaccines, causes autism.

A scant 20 percent of trials have reported data, despite the fact that the FDA requires investigators to post their trial results in ClinicalTrials.gov one year after finishing their data collection for primary endpoints. The agency did not enforce this rule until April of this year, when it issued a ‘pre-notice of noncompliance’ to a pharmaceutical company for a trial unrelated to autism.

For each clinical trial, we curated information that is not available on ClinicalTrials.gov. For instance, we independently determined whether each drug was previously approved by the FDA for a different condition. We identified trials with a ‘combined modality’ that tested multiple drugs at once or mixed a drug intervention with a behavioral therapy. And we also identified peer-reviewed articles for each clinical trial, where available on PubMed, and added descriptions of each drug’s biological mechanism.

We hope you enjoy exploring the data, and we welcome your feedback as we continue to refine the tool.

The Python scripts and unedited datasets are freely available on GitHub. Please see the README file for additional information regarding column names and how to use the scripts in your own work.

The dataset used to power the web application, with manually curated columns, is also available for download.