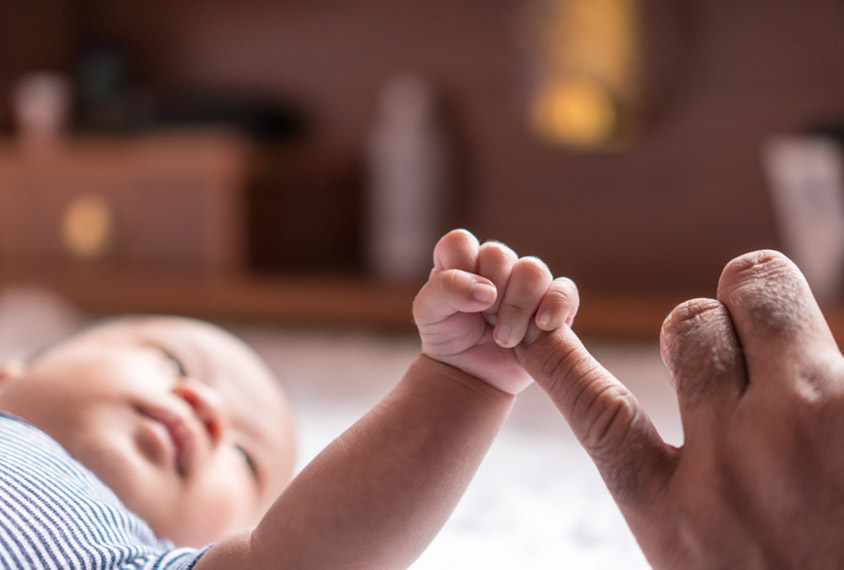 Hormone harbinger: Low levels of vasopressin may flag infants at higher odds of having autism.

Low levels of the hormone vasopressin in early infancy may presage an autism diagnosis in childhood, according to a new study1.

Although preliminary, the results suggest that testing vasopressin levels — particularly in infants with high odds of having autism — could flag the condition in the first few months of life.

“By the time a child receives an autism diagnosis, they’re pretty far along the path of having these robust social impairments,” Parker says.

Previous work has shown that autistic children have, on average, 66 percent less vasopressin in their cerebrospinal fluid than their neurotypical peers, and that low levels of vasopressin track with poor social skills.

The new study found a similar trend in infants aged 3 months and younger.

“The surprising thing is that this relationship extends to infancy,” before any observable autism traits have emerged, says Larry Young, chief of behavioral neuroscience and psychiatric disorders at Emory University in Atlanta, Georgia, who was not involved with the study.

The results, if confirmed, suggest there is a direct biological connection between vasopressin release and autism, Young says.

Parker and her colleagues took advantage of a rare data source to look for a link between autism and low vasopressin levels in infancy: cerebrospinal fluid collected from children to check for meningitis after those infants had experienced fever in the first three months of life.

The team identified samples from 8 boys and 1 girl who were later diagnosed with autism, and compared their vasopressin levels with those of 17 controls matched for sex, ethnicity and age. They matched each sample from an autistic child with one or two samples from typical children.

On average, the autistic children had about 20 percent lower concentrations of the hormone than the typical children did. A second analysis showed that early vasopressin levels correctly predicted an autism diagnosis in 7 of the 9 autistic children, and its absence in 15 of the 17 controls.

“To have a relatively clean separation between them was pretty remarkable, even if the number [of samples] was small,” says co-lead investigator John Constantino, professor of psychiatry and pediatrics at Washington University in St. Louis, Missouri.

Given the small number of samples, the work does not suggest that doctors should collect cerebrospinal fluid from infants and test for vasopressin, Constantino says. But if the hormone is confirmed in larger trials to be a biomarker of autism, the strategy may be warranted for infants who have an older sibling or parent with autism and so have high odds of having the condition, he says.

The findings do not reveal whether vasopressin levels are always lower in infants with autism or if perhaps the response to a fever is the true biomarker of autism, says Elizabeth Hammock, assistant professor of psychology and neuroscience at Florida State University in Tallahassee, who was not involved with the study.

“Given that these data were collected from infants with a fever, perhaps the low levels of vasopressin reflected a blunted response to a stressor like illness or fever,” she says.

Parker agrees that the presence of fever in the infants potentially complicates the analysis. Still, she says, the findings align with her group’s previous studies linking vasopressin to autism, including early clinical trials that showed that a vasopressin nasal spray may improve autistic children’s social skills.

The researchers collected the samples for this analysis from infants in St. Louis, Missouri. They are planning to include a larger number of infants from multiple sites and follow them through childhood.