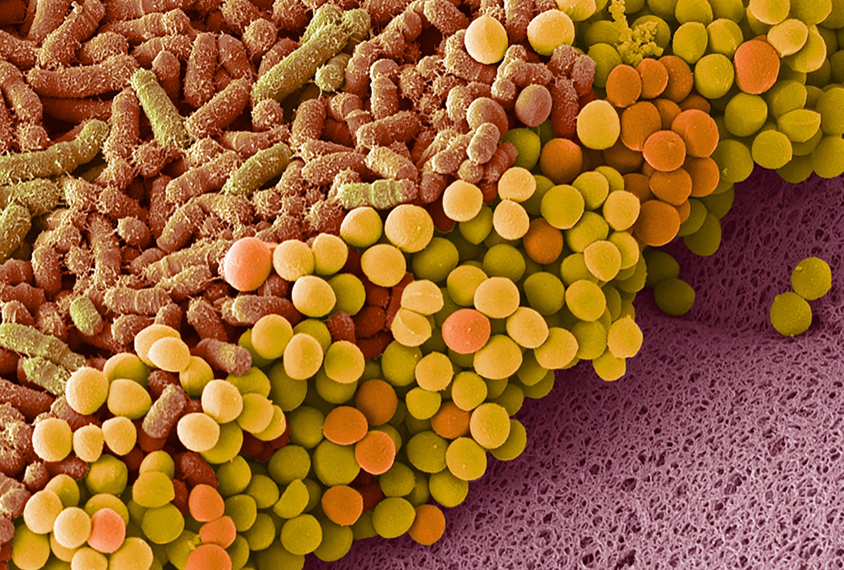 Gut check: Atypical gut microbiomes in model mice may contribute to some autism-like traits but not others.

Mice that lack CNTNAP2, a gene linked to autism, have an atypical collection of microbes in their intestines, according to a new study. Treating the mice with a strain of gut bacteria commonly found in wildtype mice, people and other mammals improves their social behavior.

The CNTNAP2 mice are hyperactive, and those raised in isolation prefer to spend time alone or with a familiar cagemate rather than with a stranger mouse. But when they grow up alongside wildtype littermates, their social deficits — but not their hyperactivity — disappear, the study shows.

Because mice that live together eat one another’s feces, which can alter the microbial content of their guts, the researchers wondered if a change in the microbiome might be driving the change in the isolated animals’ social behaviors.

“It was sort of a serendipitous discovery,” says lead investigator Mauro Costa-Mattioli, professor of neuroscience at Baylor College of Medicine in Houston, Texas.

The findings highlight how some autism traits associated with genetic mutations may be shaped, and potentially eased, via changes to the gut microbiome.

Figuring out which behaviors can be attributed to the environment is particularly helpful for thinking about treatments because the environment can be changed, whereas “genetics is still hard to correct,” says Sarkis Mazmanian, professor of microbiology at the California Institute of Technology in Pasadena, who was not involved in the work.

Raised in isolation, the CNTNAP2 model mice and the wildtype mice had significantly different microbiomes, the team found. After being housed together for one week, the two groups had more similar microbiomes and performed similarly on tests of social behavior. However, the model mice were still hyperactive. 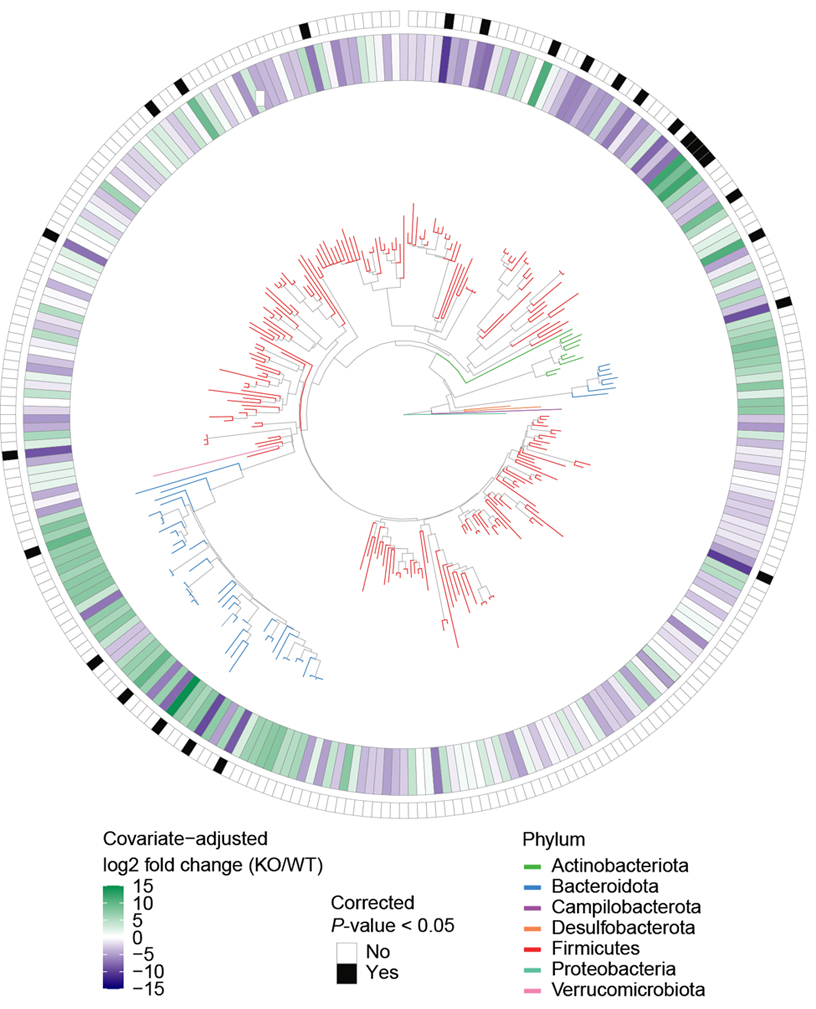 Branching out: Wildtype mice and mice that lack the gene CNTNAP2 have significantly different gut microbiomes.

When the model mice’s pups, which also lack CNTNAP2, were raised in isolation, they too had atypical microbiomes and social behaviors, even if their parents’ social difficulties had been alleviated by being housed with wildtype controls, the results showed.

Additional experiments further linked social behaviors to the contents of animals’ guts: For example, germ-free mice — which do not have a gut microbiome because they are raised in sterile conditions — that received fecal transplants from wildtype mice showed typical social behaviors. Those that received transplants from the model mice, on the other hand, had the same social deficits as their donors, but no hyperactivity.

Feeding the CNTNAP2 model mice Lactobacillus reuteri, a common bacteria missing from their microbiome, reversed their social deficits but not their hyperactivity. This same bacterial strain has been shown to ease social troubles in other mouse models of autism.

The model mice also have particularly low fecal levels of biopterin, a molecule produced by gut microbes that contributes to the production of the neurotransmitters dopamine and serotonin. Giving the model mice L. reuteri raised their biopterin levels to those of wildtype mice, and treating them with biopterin alone was sufficient to improve their social behaviors. The findings were published this month in Cell.

Neurons in the model mice’s reward center respond atypically to a social stimulus, but after the mice are treated with L. reuteri or BH4, the active component of biopterin, that response is corrected, the researchers found.

L. reuteri improves social behaviors in other autism model mice through signals sent via a nerve from the gut to the reward center of the brain, according to previous work by Costa-Mattioli and his colleagues.

The L. reuteri bacteria, by inducing the production of biopterin, seem to make social interactions more rewarding for the model mice, Costa-Mattioli says. But it is still unclear how biopterin is produced in the gut, or how the lack of CNTNAP2, or any other autism-related gene, alters the microbiome in the first place, he says. He and his colleagues plan to look into these questions in future work.

For now, BH4’s effect on the animals’ social behaviors provides a novel target for treatments, says Jane Foster, professor of psychology at McMaster University in Hamilton, Canada, who was not involved in the study.

But because the experiments were all in mice, “whether or not the same microbiota is driving social deficits in autistic children remains to be seen,” she says.

A clinical trial to test whether the effects of L. reuteri hold up in autistic children is underway.

“If this were to be the case,” Costa-Mattioli says, “I think that that would be a revolution.”