Genetics: Identical twins not so similar 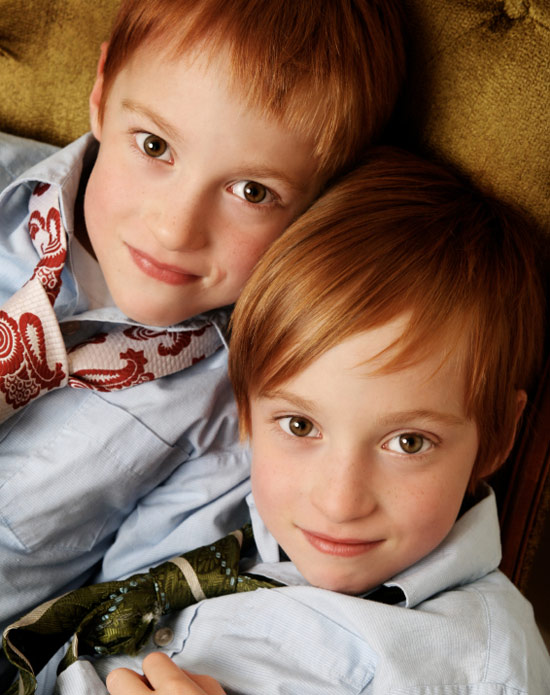 Mirror image: Identical twins are believed to be genetically identical, but one twin can have mutations not shared by the other.

Identical twins can be genetically different, which could explain why they do not always share disorders such as schizophrenia or autism, according to a study published in March in PLoS One.

Identical twins develop from one fertilized egg, and so start out with the same genetic information from each parent. But only 48 percent of identical twins in the case of schizophrenia, and 60 percent in the case of autism, share the diagnosis. Environmental effects and epigenetic factors — differences in gene expression that do not alter the DNA sequence — could explain this phenomenon.

Several studies in the past few years have linked copy number variations, or CNVs — deletions or duplications of DNA — with both schizophrenia and autism.

In 2009, researchers proposed the controversial hypothesis that mutations that occur after fertilization can also cause neurological disorders.

In the new study, the same research team looked at two pairs of discordant identical twins — meaning only one of the two children has schizophrenia — for CNVs.

Three of the de novo CNVs identified in this study — including one, 19q13.41, that is present in a twin with schizophrenia — are not listed in the database of genomic variants.

The DNA sequenced in the study is from blood, so it does not confirm that these genetic differences also exist in the brain. In both cases, the twin without schizophrenia has a diagnosed neurological disorder: bipolar disorder in one case and an episode of major depression in the other.

Correction: This article has been modified from the original. It has been changed to correct an error in the paper on the specifics of the de novo mutations.