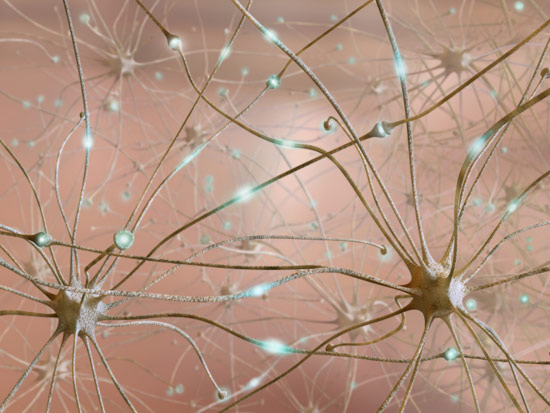 Limited language: Mutations in the autism-related language gene CNTNAP2, which functions at the synapse, can lead to intellectual disability.

Limited language: Mutations in the autism-related language gene CNTNAP2, which functions at the synapse, can lead to intellectual disability.

Two autism-associated genes that function at the synapse, the junction between neurons, are associated with severe intellectual disability, according to a study published 9 August in BMC Medical Genetics1.

Both genes — contactin associated protein-like 2 (CNTNAP2) and neurexin 1 (NRXN1) — code for proteins that organize synapses. A mutation in one copy of either of these genes is associated with autism, epilepsy, schizophrenia and language deficits.

In a previous study, the researchers found disruptions in both copies of CNTNAP2 and NRXN1 in individuals with severe intellectual disability. These individuals’ symptoms resemble those of Pitt-Hopkins syndrome — a disorder associated with severe mental retardation — even though they don’t carry the mutation that generally leads to this syndrome2.

The results suggest that disruptions in both copies of either of these genes cause more severe defects than those in only one copy.

In the new study, the researchers again looked at 90 individuals who have the symptoms of Pitt-Hopkins syndrome without the associated mutation, and 9 people referred for testing for CNTNAP2 or NRXN1 mutations. Of these individuals, seven have a deletion or significant disruption of one copy of CNTNAP2 and six have a deletion of one copy of NRXN1.

All the mutations except one in each gene were inherited, and only one parent shows neurological symptoms, in this case, learning disability.

The results suggest that a deletion of one copy of CNTNAP2 or NRXN1 leads to severe consequences in combination with other mutations.