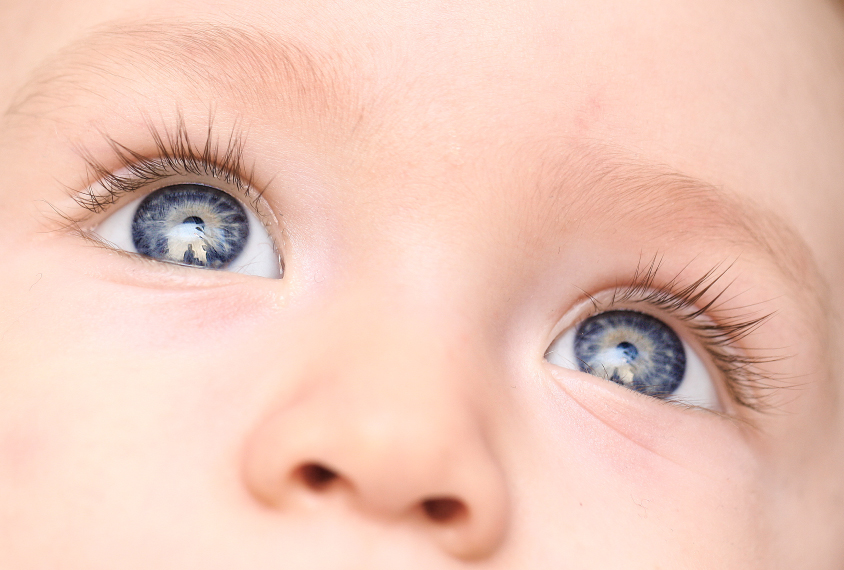 Eyes have it: Gaze patterns in young children with autism may track with the severity of their autism traits.

The gaze of children as young as 16 months may help predict whether they have autism and reveal finer-grained details, such as their verbal and social abilities.

The findings are based on tracking the gaze of more than 1,000 children aged 16 to 30 months.

Autistic people often prefer to view inanimate objects over people interacting. This atypical gaze pattern may help clinicians flag autism before other traits appear. The average age of diagnosis in the United States is 4 years.

Warren Jones and his colleagues used eye-tracking technology to follow the gaze of 689 children, including 300 with autism, as they viewed videos of social scenes. For instance, one video showed a boy and a girl playing with a toy car and arguing about whether to open or close the car’s door. The team created ‘heat maps’ to chart each child’s gaze over the course of the videos.

Typical children look at the same place at the same moment about 80 percent of the time. During these moments, however, children later diagnosed with autism tend to look elsewhere. For instance, while typical children focused on the face of the boy, the autistic children might focus on the door of the toy car.

The researchers then analyzed how well these gaze patterns predicted an autism diagnosis in an independent set of 370 children, including 187 with autism.

The eye-tracking task accurately predicts whether a child has autism 82.5 percent of the time, Jones reported.

The children’s performance on the task also tracks with their scores on both the Autism Diagnostic Observation Schedule — a gold-standard diagnostic tool — and a developmental assessment called the Mullen Scales of Early Learning.

“These measures are exciting because they map closely onto expert clinician diagnosis,” Jones says. “They are even more exciting than that because they actually don’t just say, ‘[autism] or non-[autism].’ They give these continuous levels of symptom severity.”

The next step is validating the tool for clinical use. Warren and his colleagues are enrolling 472 children at six clinical sites.