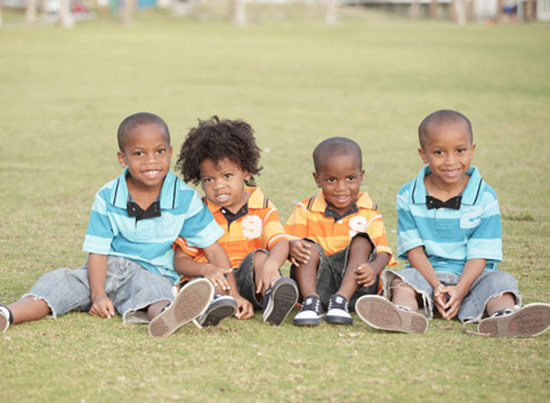 Double trouble: Studying autism among identical and fraternal twins can help estimate how much of the disorder can be attributed to genetic factors.

A new study of twins proposes the controversial claim that environmental influences during early development are just as important as genetics, if not more so.

The findings, published 4 July in the Archives of General Psychiatry1, are not substantially different from those of previous twin studies, however, and some experts are critical of the study’s statistics.

Many articles in the popular press have misinterpreted the report as saying that genetics is not important in autism. But the point of the new study is not to point the finger solely at environmental factors, says lead investigator Joachim Hallmayer, associate professor of psychiatry at Stanford University, in Palo Alto, California.

“We should get this nature-nurture distinction behind us and embrace a broad approach to autism,” Hallmayer says. “We have to somehow better integrate environmental studies and genetic studies.”

The study is notable for its scrupulous methods: It’s the largest twin study to date that relies on the field’s gold standard tests to make autism diagnoses. Earlier studies based their findings on medical records and parent reports.

Genetic research on complex diseases often begins with twin studies. In the case of both identical and fraternal twins, the fetuses share a womb and other early environmental exposures. The environment in this case refers to a broad range of influences after conception, ranging from chemical changes in gene expression to the absorption of nutrients in the womb.

Because identical twins share all of their genes and fraternal twins share only half, comparing them allows researchers to tease apart the respective contributions of genetics and environment.

The first twin study in autism research was published in 1977, and seven more investigating the disorder’s prevalence have followed.

The first few studies found that if an identical twin has an autism spectrum disorder, the chance that the other twin will also have it is high, around 80 to 90 percent. By contrast, this so-called concordance rate was reported as much lower for fraternal twins, ranging from zero to ten percent2.

However, most of these older studies analyzed fewer than 50 twin pairs. Because autism crops up in only about one percent of the general population, the numbers are too small to make calculations with high statistical certainty.

Based on data from 192 pairs of twins, the new study found a concordance rate for autism spectrum disorders of 77 percent among identical twin boys and 31 percent among fraternal twin boys.

The researchers then used mathematical models and the prevalence of autism in the general population to estimate that 38 percent of autism spectrum disorders are caused by genetic factors, and 58 percent by unspecified environmental factors.

Previous research teams generally found twins through clinics or patient groups, rather than sampling them from the general population. They also relied on records of autism diagnoses made using a variety of tests rather than diagnosing the children themselves.

In the new study, Hallmayer and his colleagues mined several California medical databases to identify twins born between 1987 and 2004 of whom at least one has autism. The researchers then performed thorough autism assessments using two standard tests: the Autism Diagnostic Interview-Revised (ADI-R) and the Autism Diagnostic Observation Schedule (ADOS). They diagnosed children as having either ‘strict autism,’ meaning that they met a certain list of criteria on both tests, or ‘autism spectrum disorder,’ indicating that they met a less stringent threshold.

“It’s the best twin study of autism, I think, to date because of the methods they used,” says Angelica Ronald, lecturer in quantitative genetics at Birkbeck, University of London.

“But the concordances are quite similar to what’s been published so far,” says Ronald, who published a review of autism twin studies in April3. Although the earliest twin research reported concordance rates among fraternal twins of less than 10 percent, newer studies have found rates around 30 percent4,5, similar to those in new study, she notes.

Still, Hallmayer contends that this is the first study using rigorous testing procedures to highlight the importance of environmental factors.

Like twins, non-twin siblings of children with autism are also at higher-than-normal risk of the disorder, with studies estimating the rate at about 10 to 15 percent6.

Because this is lower than the newly reported rate for fraternal twins, it’s likely that environmental factors related to prenatal development are increasing the risk for twins, Hallmayer says. “I think we have to look very carefully at intrauterine factors.”

For example, another paper in the same issue of the journal reports that pregnant women who take certain antidepressants increase their risk of having a child with autism7. There is also some evidence that maternal infection during pregnancy ups the risk of autism.

Although this is the largest study of its kind, some experts say the new report is still too small to make wide-sweeping conclusions about the relative importance of genes and environment.

“They don’t have the numbers to state definitively that the environment is a greater contributor to autism at this point,” says Paul Law, director of the Interactive Autism Network (IAN) at the Kennedy Krieger Center in Baltimore. “It’s premature to say that, in my opinion.”

In 2009, Law’s team published the largest-ever study of autism twins, based on 277 pairs registered on the network, an internet-based registry of autism families. That study found a concordance rate of 31 percent for fraternal twins and 88 percent for identical twins5.

In the new study, the researchers base their claims largely on the high concordance among fraternal twins: 31 percent for autism spectrum disorders and 21 percent for strict autism, notes Michael Wigler, professor at Cold Spring Harbor Laboratory in New York.

But because of the size of the study, the researchers can only be statistically confident that the rate is between 16 and 46 percent for broader autism, and between 9 and 43 percent for strict autism. “That means any value inside that range is a possible real value,” Wigler says.

Even if the fraternal concordance rates are sound, Wigler adds, it’s likely that the researchers are underestimating the role of genetics in autism.

Even with diseases that are unquestionably genetic, such as congenital heart disease, sometimes one identical twin has the disease and the other does not, he notes. That’s because elements of chance are always involved in developmental processes. For example, spontaneous genetic mutations can crop up in one twin and not the other. Identical twins may also carry different chemical modifications to DNA that change how their genes are expressed.

“Where I think they really go wrong is in ignoring the general concept of penetrance in developmental disorders,” Wigler says. “You can be genetically predisposed and that doesn’t mean with certainty that you’ll have the disorder.”

For example, in March, Shiva Singh‘s group at the University of Western Ontario analyzed the genomes of identical twins among whom only one twin has schizophrenia. Singh’s team found that identical twins carry different spontaneous genetic mutations.

This sort of variation isn’t usually picked up by twin studies, notes Singh, professor of molecular genetics at the University of Western Ontario.

“We have lots and lots of heritability estimates in the literature, but most of these have not really led to the identification of actual genes that may cause the disease,” he says.

Until researchers compare full genetic sequences of identical and fraternal twins, all twin studies come to the same conclusion about nature versus nurture, he says. “We’re still in this limbo of some this, some that.”