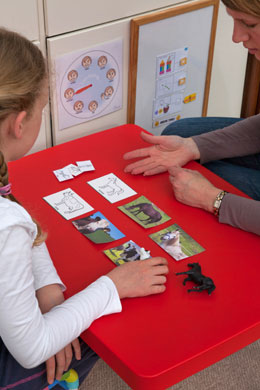 The word ‘autism’ once invoked the picture of someone with severe problems, serious challenges in communications and rigid behavioural patterns — perhaps someone like Dustin Hoffman’s character in the 1988 movie Rain Man. These days, the perception of autism tends to be one of a much milder condition — people may know someone with a child with some form of autism, many of whom go to regular schools.

The definition of autism has changed many times since it was first described in the 1940s. It has evolved from so-called childhood schizophrenia in the 1950s and 1960s, to infantile autism in the 1980s, to the broad autism spectrum disorder (ASD) we know today.

The fifth and newest edition of psychiatry’s diagnostic bible, the Diagnostic and Statistical Manual of Mental Disorder (DSM-5), is due to be published in May 2013. Four years in the making, the DSM-5 has another stab at refining our concept of autism. The process is always closely watched because the guidelines have broad impact: they are used in the United States and many other countries, by clinicians, pharmaceutical companies, researchers and insurance companies to define psychiatric conditions. In this case, controversy surrounds the goal to make the guidelines sensitive enough to diagnose those who have the disorder, and specific enough to exclude those who don’t.

The two biggest changes in the DSM-5 are a shift from three classes of symptoms to two, and the collapse of a number of different autism-related disorders, including Asperger’s syndrome (which describes people who have some of the social-interaction deficits common in autism but no impairments in language) under the single heading of autism.

The proposal to erase the boundaries between distinct autism-related disorders has raised fears that some children would no longer meet diagnostic criteria under the DSM-5 definition, making it difficult to get the help they need. “My worry is there will be a substantive change in the way we make diagnoses, and that will complicate the lives of researchers and families,” says Fred Volkmar, director of the Yale University Child Study Center in New Haven, Connecticut, and a critic of DSM-5.

Supporters of the DSM-5‘s autism definition counter that the changes are based on a better understanding of the condition’s symptoms. What’s more, they say, the preliminary studies indicate that few will be excluded. “To the public it seems like the changes are huge and capricious,” says Sally Ozonoff, an expert in autism diagnosis at the MIND Institute at the University of California, Davis, who was not involved in the revisions. “But it’s based on a very exhaustive review of all the research, and I think they got it right.”

Adding fuel to the fire is that unlike previous versions, the DSM-5 guidelines have been open to public comment as they were developed. The openness of the process has made for heated — and sometimes emotional — reactions. “It hurt like hell that newspapers were accusing us of trying to hurt kids by denying them services,” Susan Swedo, chair of the working group charged with revising the guidelines, told a packed lecture hall at an autism conference in Toronto, Canada, in May 2012.

Swedo, a specialist in behavioural paediatrics at the National Institute of Mental Health in Rockville, Maryland, says the new guidelines are very similar to the old ones. “What’s really different is there is more guidance for clinicians,” she says, such as how different symptoms might look in toddlers or young adults. The goal of expanding these descriptions, she adds, was to make the guidelines more sensitive to autism in groups that are often overlooked, such as girls and minorities.

A criterion for criteria:

One of the aims of the new guidelines was to help standardize diagnosis. A 2011 study by a team led by psychologist and autism researcher Catherine Lord of Weill Cornell Medical College in New York suggests that although clinicians give similar scores on autism screening tests, the label they attach to that score — such as classical autism or the milder Asperger’s syndrome — is hugely variable1.

To develop the new autism criteria, researchers analysed data from several large data sets that included children with classical autism, autism-related disorders and other diagnoses, such as language delay, intellectual disabilities and attention-deficit hyperactivity disorder. The children had each been screened with two widely used tests: the Autism Diagnostic Observation Schedule (ADOS) and the Autism Diagnostic Interview-Revised (ADI-R).

To determine what should be included in the criteria, the researchers first ran a statistical analysis designed to isolate the factors responsible for the diagnosis of an autism-related disorder. They then created different versions of the DSM-5 and tested how accurately each identified children with autism of different ages, gender and language ability. “This allowed us to look at the proportion of children with various clinical diagnoses who would be included or excluded from ASD with the new criteria,” says Lord, a member of the DSM-5 working group and the creator of both the ADOS and ADI-R.

The DSM-5 collapses the current triad of impairments as described in DSM-IV — deficits in social behaviour, language delay, and repetitive or restrictive behaviours — into just two main classes: social communication difficulties, and repetitive or restrictive behaviours. “It was really kind of random whether a particular behaviour was designated as social or non-verbal communication [in the DSM-IV],” says Lord. “When we looked at various large data sets, there were two separate factors in ASD.” DSM-5‘s simplification, she says, more clearly reflects the reality of the condition.

Two studies that analysed different sets of data support this change2, 3. The conflation of communication and social reciprocity into one category fits very much into our clinical experience,” says David Skuse, a developmental neuropsychologist at University College London who led one of the studies. (Skuse is not a member of the DSM-5 group.)

The more controversial change in the DSM-5 is to bring together a number of formerly distinct disorders under the single heading of autism. The DSM-IV recognized several disorders as being distinct, including classical autism, Asperger’s syndrome and pervasive development disorder not otherwise specified (PDD-NOS) — a category that applies to many children who meet some, but not all, of the criteria for autism. 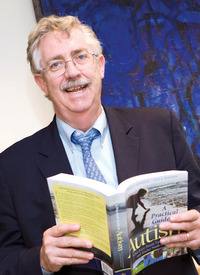 Courtesy of Yale School of Medicine Fred Volkmar is a critic of plans to redefine autism.

Some autism researchers say there is little scientific basis for defining these as different disorders. “Replicable research findings show that it’s almost impossible to discriminate people with autism from Asperger’s syndrome if you control for intelligence and language level,” says Lord. As for PDD-NOS, “when you look at the research, it’s basically less severe autism,” she says. “No one has come up with characteristics that pull out that group.”

One potential impact of the redefinition that its opponents have cited is that some people with Asperger’s syndrome and PDD-NOS will no longer qualify for an autism diagnosis and the support services that come with it. For example, Volkmar and his collaborators reanalysed data collected via questionnaires for the DSM-IV field trials4, linking it to criteria outlined in the DSM-5. Their 2012 analysis suggests that only about 60% of 1,000 people diagnosed with autism in 1994 under DSM-IV would meet the new diagnostic criteria.

A handful of studies published over the past year support Volkmar’s concern5, 6, 7, 8. “All show a big drop off in numbers of people diagnosed with ASD under the DSM-5,” says Johnny Matson, a psychologist at Louisiana State University in Baton Rouge and author of some of these studies. “I would rather see a tweak than a major change.”

But critics of these studies point out that they are retrospective, meaning they used old data, often from limited questionnaires. Some of the symptoms in the new guidelines, such as sensory deficits, may simply not have been collected in the past. The result, they say, is that individuals who would meet the diagnostic criteria if assessed today would not be considered autistic based on the previously collected information. Retrospective studies are “always going to underestimate sensitivity, because they didn’t ask all the questions”, says Lord.

The Volkmar study was “fatally flawed because it used data to do the analysis that couldn’t answer questions being asked”, says Swedo. “Just because you have an idea of how a child met criteria for the DSM-III or DSM-IV doesn’t mean it can be applied to the DSM-5.”

A new study, published this month in the American Journal of Psychiatry by Lord and collaborators, uses a much richer data set to show that the new guidelines are just as sensitive as the DSM-IV and unlikely to exclude many9.

Experts on both sides agree that the real answer will come from prospective studies, meaning that new data will be collected as participants are simultaneously evaluated with the DSM-IV and the DSM-5. “We won’t know until [results from those] trials are published,” says Ozonoff.

Such research is now underway. The research and advocacy organization Autism Speaks is funding a prospective study, as is the American Psychiatric Association (APA), which publishes the DSM. Preliminary results from the APA field trials, presented at the International Meeting for Autism Research in Toronto in May 2012, are in line with Lord’s study and suggest that the new guidelines are unlikely to exclude many people with an ASD.

Ozonoff, who is broadly supportive of the DSM-5 guidelines, says one flaw is the creation of a diagnostic category called pragmatic, or social, communication disorder. This label will apply to children who show some of the social communication deficits of autism but not the repetitive and restrictive behaviours. These children are often diagnosed with PDD-NOS. Unpublished data from Skuse’s group suggest that about one-third of those people are likely to be shifted to social communication disorder. “It seems very similar to autism spectrum disorder,” says Ozonoff. “I wonder about the rationale for creating a new diagnosis unless we have good data that it’s different.” Just as Asperger’s syndrome came and went as a form of autism, the same trajectory may be in store for this latest subcategory.

The only way to resolve the dispute is more research, says Volkmar, who in the 1980s helped evaluate the current criteria in the fourth edition. “Ultimately,” he says, “it’s not a point for opinion — it’s a point for data.”