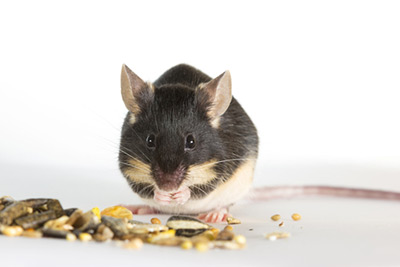 Fatty foods: A diet with six times as much fat as carbohydrate and protein alleviates repetitive grooming in an autism mouse model.

Eating a high-fat, low-carbohydrate — or ‘ketonogenic’ — diet for five weeks makes a mouse model of autism more sociable, according to a study published 5 June in PLoS One1. The results suggest that this diet may be beneficial for people with autism.

Studies have shown that a ketogenic diet, which forces the body to metabolize fats rather than sugars, may reduce seizures in people with epilepsy2. Autism has been linked to metabolic dysfunction and seizures are common in the disorder, so researchers have begun to investigate a ketogenic diet for autism.

One preliminary study showed an improvement in autism symptoms, based on parent reports, for 18 of 30 children who were on a ketogenic diet intermittently for six months3. Such studies are susceptible to the placebo effect, however, because the treatment involves a significant lifestyle change.

In the new study, researchers examined whether the same diet improves symptoms in BTBR mice, a popular autism mouse model. These mice are unusually asocial and groom obsessively, which is reminiscent of the repetitive behaviors seen in autism.

The researchers split up litters of 5-week-old BTBR mice, feeding half of them their normal diet and half a special ketogenic formula. After three to five weeks, mice on the ketogenic diet showed more interest in other mice and spent more time interacting with them face-to-face than controls did, the study found. They also groomed less frequently, which the researchers interpret as a reduction in repetitive behaviors.

Like the mice fed a normal diet, the mice fed the ketogenic diet showed little interest in a novel mouse over a familiar one, however.

Also, the study did not report how active the mice were, which can influence how often they end up visiting other mice in the cage.

Another limitation of the study is the potentially tenuous link between BTBR mice — which have autism-like behaviors but are not known to carry any autism-linked genes — and the disorder.