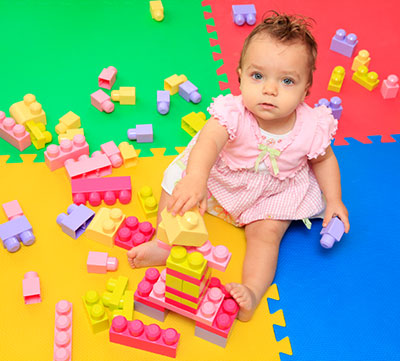 Reserved seat: Infants later diagnosed with autism sit for twice the amount of time that typically developing infants do.

Infants later diagnosed with autism are slower to learn how to sit and stand and are less likely to spontaneously change positions than their typically developing peers, reports a study published 18 September in Infancy1.

These differences in posture may persist with age. Another study, published 23 August in Gait and Posture, showed that 5-year-old children with autism sway more while standing still than controls do2.

In the first study, the researchers filmed 22 infant siblings of children with autism, known as baby sibs, while they played on the floor at 6, 9, 12 and 14 months of age. Baby sibs have a 20-fold higher risk of autism than the general population, and at 3 years of age, four of the baby sibs in the study were diagnosed with autism. The researchers also filmed 18 typically developing infants at the same ages.

Over time, all of the infants mastered new postures, such as sitting on their bottoms or their knees without support. The infants later diagnosed with autism, however, managed only about half as many positions at ages 6, 9 and 12 months as the other infants did. By 14 months, the autism group had caught up.

The observations suggest that baby sibs have less developed balance, strength and coordination, the researchers say. These delays cost the babies developmentally — holding one’s head upright makes it easier to babble, and independent sitting allows the baby to examine toys with their hands, for example.

In the study of 5-year-old children, 16 children with autism and 17 controls stood still for 20 seconds on a plate measuring their center of gravity. The autism group used less complex and more repetitive strategies to remain standing still than their peers did. They also swayed faster as they tried to stand still.

These differences may be related to repetitive behavior, the researchers say. Evidence from other studies suggests that the frontal lobe, striatum and cerebellum — areas of the brain that are different in people with autism than in controls — may also be involved3.