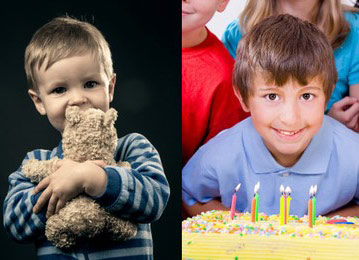 Early promise: Children diagnosed with autism when younger than 30 months are more likely to lose that diagnosis than those diagnosed when older.

Nearly all children diagnosed with autism retain their diagnosis when screened again at 8 years of age, according to a population-based study of more than 1,000 children, published in June in the Journal of Developmental Behavioral Pediatrics1.

However, children first diagnosed when younger than 30 months are more likely to lose their diagnosis than those diagnosed after that age, the study found. These children may have benefited from early interventions. Alternatively, autism may be more difficult to diagnose accurately in children that young, the researchers say.

Other studies have reported that up to 90 percent of children diagnosed with autism at 2 years of age have an autism diagnosis when tested at 9 years2. But these children may be diagnosed with a different disorder on the spectrum — for example, Asperger syndrome or pervasive developmental disorder-not otherwise specified3.

In the new study, researchers analyzed data collected by the Autism and Developmental Disabilities Monitoring (ADDM) Network, a program funded by the Centers for Disease Control and Prevention.

The researchers used data from an ADDM study that screened 8-year-olds for autism in 2006 and 2008. That study screened health records to identify children who might have autism by looking for indications of a diagnosis, such as insurance billing codes or special education status. ADDM researchers then screened these children’s health records for autism-like behaviors, which served as the basis for an autism diagnosis by trained clinicians.

The ADDM screened 4,958 children across the U.S. of whom 1,392 had a prior diagnosis of autism. They identified another 932 children with autism, and concluded that 61 of the 1,392 did not have autism at 8 years of age. Of the 61, they diagnosed 59 with an alternative disorder, such as attention deficit hyperactivity disorder or intellectual disability.

In the new study, the researchers looked for the potential reasons for this loss of diagnosis. They considered various factors, including the age at initial diagnosis, the presence of certain symptoms, such as language delay, and the credentials of the individual who made the original diagnosis.