Catalog of mice cries aids quest to find their meaning 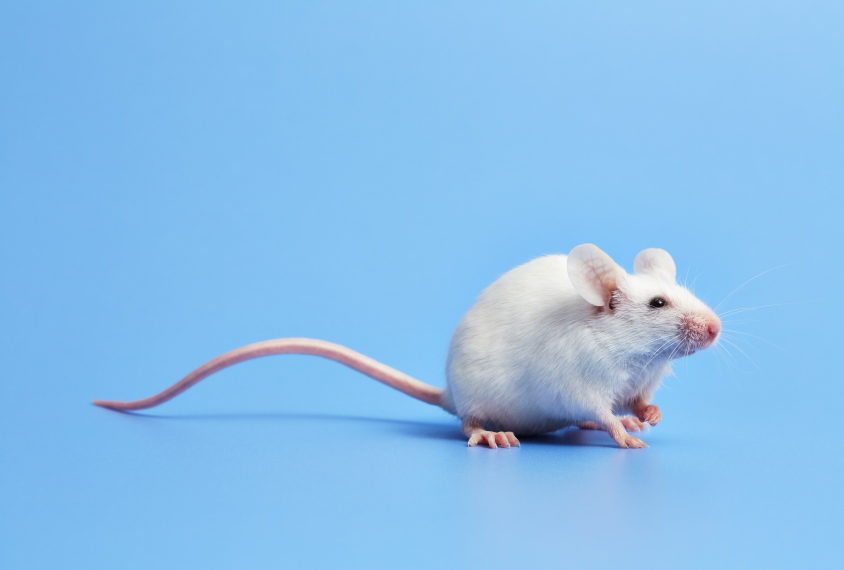 Diverse dialects: Different strains of mice have distinct ultrasonic vocalizations that vary in frequency and duration.

Mice may not be as quiet as the old saying claims. Way above the frequency detected by the human ear, they emit distinctive trills that sound remarkably like birdsong. Although mice often vocalize during social interactions, however, it is unclear whether these calls constitute a type of language.

“It’s a central question to the field whether ultrasonic vocalizations are a form of social communication in mice,” says Jacqueline Crawley, chair of translational research at the University of California, Davis MIND Institute. “But the complexity of these calls is really quite remarkable.”

Two posters presented Sunday at the 2012 Society for Neuroscience annual meeting in New Orleans may bring researchers closer to the answer. One research team is cataloging the vocalizations of 1,000 different mice. A second group is creating a tool that will allow researchers to distinguish calls made by several mice as they interact.

A study published 10 October in PLoS One shook up existing conceptions about mouse vocalizations by showing that, when housed together, mouse strains with distinct vocalizations adjust their calls to resemble one another1. This ability to change vocalization based on experience was considered unique to songbirds and humans.

“If there is some kind of vocal learning, then it is more likely to be a model of something related to speech,” says Simon Fisher, director of the Max Planck Institute for Psycholinguistics in the Netherlands.

Because language is one of the core domains of autism, most studies of autism mouse models characterize their vocalizations.

Researchers initially focused on the calls that pups make to their mothers, but, like the cry of a newborn baby, this is an automatic response and not a good proxy for complex communication, says Fisher.

Still, these calls can help study the mother’s response. “I have personally observed females responding to the calls of their isolated pups by rushing around the cage and orienting toward the sounds,” says Valerie Bolivar, research scientist at the Wadsworth Center in Albany, New York. “You cannot question that these vocalizations communicate information.”

Adolescent mice have more complex cries, and studies of autism mice during adolescence report a range of differences compared with controls. For example, male mice lacking the autism-linked gene SHANK1 vocalize less in response to a female than controls do.

But variation only matters if it actually reflects a difference in communication, says Jerome Nicod, a postdoctoral fellow at the Wellcome Trust Center for Human Genetics at Oxford University in the U.K. “If you take mice that have mutations in genes that are not involved in autism, I’m sure you’re also going to find differences,” he adds.

Nicod has recorded 80 hours of mouse calls during courtship from 1,000 mice. Inbred mouse strains — which have identical genes — each have a characteristic call. This suggests that variation in vocalization has a genetic basis, says Nicod.

In contrast, when Nicod recorded cries from a genetically diverse population of mice, he found a wide range of variability in mouse cries. He has also sequenced the genomes of 600 of these mice, aiming to identify genetic variants that determine a call’s pitch frequency, strength, duration and interval between calls.

“This work shows the amount of diversity [in mouse calls] and the importance of trying to pull apart the genetic cause of that,” says Fisher. “A lot of variations researchers describe might be within the natural range.”

Despite the variability in cries, it can be difficult to distinguish calls from different mice as they interact. Roian Egnor and her team at the Janelia Farm Research Campus of the Howard Hughes Medical Institute in Maryland have built an apparatus that has four different microphones on each side of a large cage. The cage is also outfitted with a video camera.

By refining algorithms to measure how long it takes sound to reach the four microphones, the researchers can identify the location of each mouse in the cage to within two centimeters. They can also predict which direction the mouse is facing.

They plan to use this method to study social deficits in mice that model fragile X syndrome, by looking at how the mice communicate when two males and two females are housed together.

These new techniques can help researchers better understand mouse vocalizations, but that’s still a long way from being able to call them language, notes Fisher. “It’s worth resisting this simplistic view that if you see an alteration in calling behavior, it’s a sign of a speech disorder.”