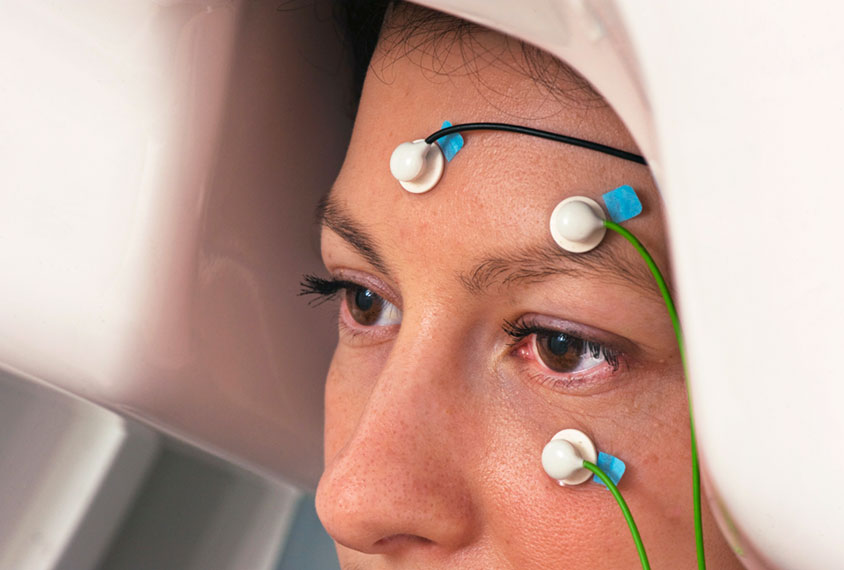 Listen and learn: Even a delay of 5 milliseconds can derail a person’s ability to follow a conversation.

A delay in autistic children’s brain responses to sound continues into adulthood, according to the first study to examine the phenomenon in adults on the spectrum1. The study also linked this delay to language difficulties.

When a person hears a sound — a musical note, for example, or someone speaking — the listener’s brain produces two important neural responses about 50 and 100 milliseconds later. Prior research has shown that in autistic children’s brains, these responses are delayed by several milliseconds2.

This may not seem like much, but a delay of even 5 milliseconds could be “catastrophic” in these children’s ability to follow a conversation, says lead investigator Tim Roberts, professor of radiology at the University of Pennsylvania in Philadelphia.

“You would need to be able to take in the sounds as quickly as possible and move on to the next, more interesting thing, which is meaning or interpretation,” Roberts says. “You don’t want to be delayed in processing those sounds.”

In typical children, the neural response speeds up with age. But researchers had never studied whether the same is true for autistic children.

Roberts and his team measured auditory responses in 132 people aged 6 to 42 years, including 58 autistic children and adolescents and 19 autistic adults. They used a technique called magnetoencephalography, or MEG, which records the magnetic fields produced by neural activity. 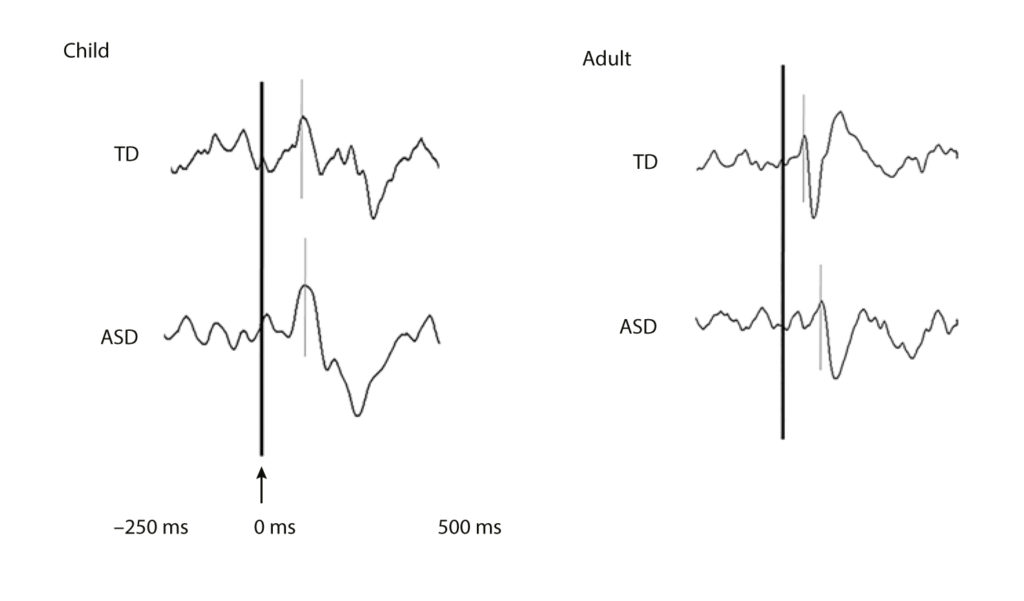 Slow response: Autistic children and adults both show delays in their brain responses to sound.

The consistency in autistic children and adults indicates that the delay is not the result of a lag in the auditory cortex’s development, says Renee Lajiness-O’Neill, professor of psychology at Eastern Michigan University in Ypsilanti, who was not involved in the work.

“That’s important, because then it rules out that this is not just a maturational issue,” Lajiness-O’Neill says.

To test the consequences of this delay, Roberts’ team also assessed the participants’ verbal intelligence quotient (IQ). In both the autistic children and the adults, the delay in auditory response tracks with a lower verbal IQ but does not show a relationship to overall IQ or nonverbal IQ.

The study would be more powerful if the researchers had measured specific elements of language used in social interaction that are known to be impaired in autistic people, Lajiness-O’Neill says. But because there are no tests that would allow for a comparison in both children and adults, verbal IQ may be the next best thing, she says.

Roberts agrees that another assessment would be preferable. He says he hopes future studies can follow participants over time to tease out individual trajectories.

“It’s all well and good producing these group differences, but that’s not how we really think about autism anymore,” Roberts says. “It’s a collection of individual variations.”

The auditory delay is presumed to have a biological basis in the brain. Roberts’ team plans to investigate this, using techniques such as diffusion tensor imaging and magnetic resonance spectroscopy.

Identifying the source of the delay could help researchers find targets for treating language difficulties.

“What we’re interested in is trying to characterize that and figure out what would be the most appropriate way to help that person,” Roberts says.