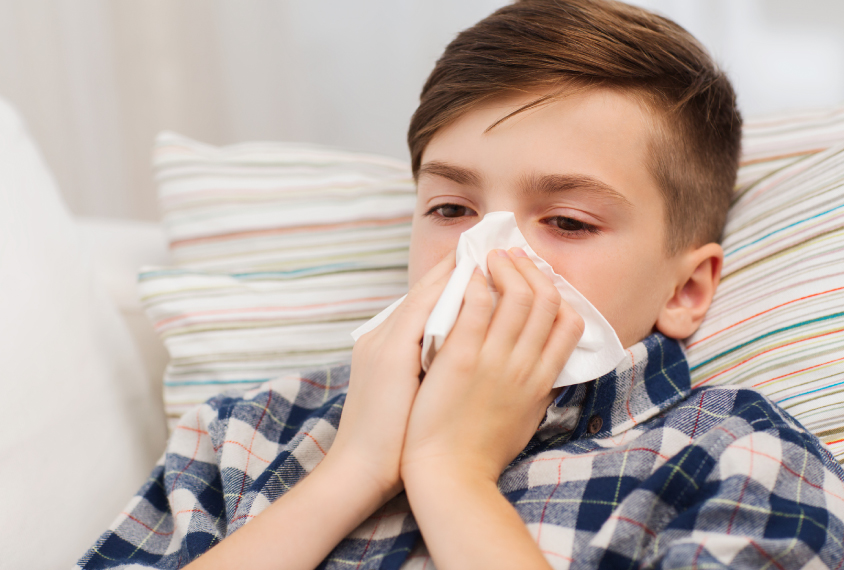 Air alert: Autistic boys may be prone to respiratory and skin allergies.

Food allergies are more than twice as common among autistic children as they are among their typical peers, according to a new study1. Boys with autism are also more likely than typical boys to have respiratory or skin allergies, the study suggests.

The findings jibe with a large body of research linking autism to an abnormal immune response. For example, women with autoimmune and immune conditions such as lupus and rheumatoid arthritis are more likely than women without these conditions to have an autistic child.

But few studies have directly probed the connection between autism and allergies. The new work, based on survey responses from the parents of nearly 200,000 children, is the first large study to find an association.

“It is one of the first to identify a connection suggesting there may be something related to autism that we may not have looked at before — and that food may play a crucial role,” says Linda Snetselaar, professor of epidemiology at the University of Iowa in Iowa City. However, the research does not suggest that autism causes food allergies, she says.

Some researchers caution against drawing strong conclusions from survey data from parents, who may not be relying on professional diagnoses.

“It is not necessarily what you would call 100 percent reliable as opposed to, say, a clinical panel where they do the full allergy testing,” says Brian Lee, associate professor of epidemiology and biostatistics at Drexel University in Philadelphia, who was not involved in the work.

Lee says the study is “still pretty important” as a clue to a relationship between autism and allergies.

The researchers examined responses from parents who completed the National Health Interview Survey from 1997 to 2016. The survey is a federally sponsored study of health among children and adults in the United States.

Parents of 199,520 children aged 3 to 17 years answered questions about whether their child had experienced a food, skin or respiratory allergy in the past year. Of these children, 1,868 (1,478 boys and 390 girls) have autism.

The boys in the study accounted for the differences in skin and respiratory allergies. The researchers did not find an association between autism and these allergies in girls, perhaps because the study contained relatively few autistic girls, Lee says.

Though the findings hint at a relationship between allergies and autism, they do not suggest allergies increase autism risk or vice versa.

“It’s very important not to focus on causality but rather to see this as a path toward additional research in the future,” Snetselaar says. The work appeared in June in JAMA Pediatrics.

One possibility is that allergies and autism share common roots: “For example, some kind of common genetics that underlies both the immune irregularities at birth and the neurodevelopmental, behavioral disorder,” says Lisa Croen, director of the Autism Research Program at Kaiser Permanente, a managed healthcare provider based in California. Croen was not involved in the study.

The study has other limitations, such as relying on parents’ memories of their children’s allergies, which may be inaccurate. And some of the difference in allergy diagnoses may be due to the fact that autistic children are likely to see doctors more often than typical children do.