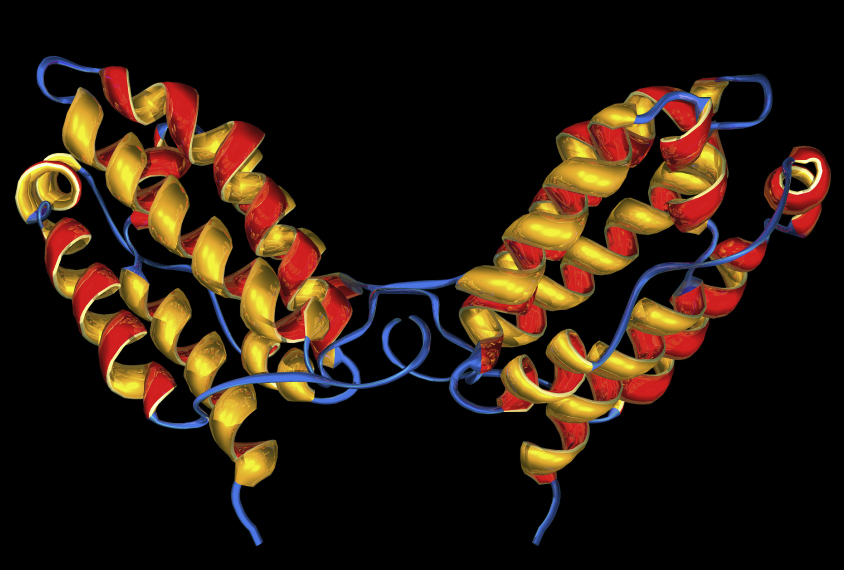 The molecular soldiers of the immune system affect brain development and may contribute to many cases of autism. That’s the emerging hypothesis from five new studies that use different methods — ranging from screening blood samples of pregnant women to mathematical analyses of gene expression in the brain — published in the past few monthsOne report shows, for example, that pregnant women whose babies later develop autism tend to carry rare antibodies in their blood. Another finds that they harbor an excess of certain signaling molecules of the immune system, called cytokines, in the amniotic fluid. A third study found that some autism risk genes expressed in the developing brain belong to networks of genes related to cytokine signaling.

“These studies further build the case for the relevance of the immune system in autism using totally different approaches,” says Paul Patterson, professor of biology at the California Institute of Technology. Patterson has made animal models of the immune system’s role in brain development but was not involved in any of the new studies.

Many investigations of older children and adults with autism have uncovered signs of the immune system gone awry. The new studies are finding similar signatures in early brain development, from the womb through the first few years of life.

Still, no one knows much about the biological mechanisms that determine when, how or why immune molecules affect the fetal brain — let alone whether or why they might contribute to autism.

“Obviously the immune changes are there and are prominent. We just have to figure out what they’re doing,” Patterson says.

Developing babies can defend against infection thanks to immune molecules gleaned from their mothers. Maternal antibodies called immunoglobulin G, or IgG — produced after an individual is exposed to certain bacteria or viruses — pass through the placenta to the fetus, protecting it against those pathogens.

“It’s a very important part of fetal health to have IgG circulating through the fetus,” says Judy Van de Water, professor of internal medicine at the MIND Institute of the University of California, Davis.

Sometimes, though, these antibodies can turn against the fetus, mistaking its proteins for foreign invaders. This happens, for example, in pregnant women with the autoimmune disease lupus, whose babies are sometimes born with heart abnormalities.

In fact, she says, when pregnant women carry specific combinations of these antibodies, their chance of having a child with autism is close to 100 percent. “It’s definitely a unique set of autoantibodies in these moms,” she says. “We don’t find these antibodies in control moms.” A Sacramento-based biotech called Pediatric Bioscience is developing a commercial test for these markers that should be available within 18 months, she says.

On 20 October, Van de Water reported in the Journal of Autism and Developmental Disorders that about 13 percent of mothers of children with autismtend to carry one of two types of IgG antibodies that bind to fetal brain proteins in their blood. None of the mothers of typically developing children carry either of these IgG subtypes1.

The study is based on 520 women, including 204 who have children with autism, who are part of a project called Childhood Autism Risk from Genetics and Environment, or CHARGE. Launched in 2003, the project aims to collect genetic and environmental information — such as diet and chemical exposures in their homes — from 2,000 children with autism or developmental delay, and typical controls, ranging in age from 2 to 5 years.

Van de Water’s team also found that the particular combination of antibodies carried by the mother relates to her child’s behaviors. The researchers assessed the children using a variety of autism tests, including the gold standard diagnostic tests: the Autism Diagnostic Observation Schedule and the Autism Diagnostic Interview-Revised. They found that certain antibodies in the mothers’ blood are associated with low scores for expressive language, whereas others correlate with increased irritability.

It’s unclear why some women produce these antibodies and others don’t, but Van de Water reported some clues in a study published 18 October in Translational Psychiatry2. Her team showed that mothers carrying certain common variants of the MET gene have an abnormally high risk of producing these autism-linked autoantibodies.

One of MET’s many functions is to help suppress a pregnant woman’s immune system so that it does not reject her fetus, whose DNA is half foreign. Van de Water’s study found that women carrying these common variants — in which there is a cytosine nucleotide in a specific part of the MET gene — produce less MET protein and less interleukin 10, a type of cytokine, in their blood. Both of these are molecular signs of the immune system in overdrive.

Pregnant women who carry these MET variants may be primed for an excessive immune response if, for example, they acquire an infection, Van de Water says. Epidemiological studies over many decades have shown that flu epidemics trigger a spike in the number of babies who go on to get autism or schizophrenia.

“This genetic susceptibility sets you up for the wrong event at the wrong time,” Van de Water says.

Explanations of how maternal antibodies may push the fetal brain toward autism are murky. But more and more studies are implicating cytokines, the ubiquitous signaling molecules of the immune system.

A flurry of neuroscience research in the past couple of years has overturned the dogma that the nervous and immune systems are generally independent. Instead, many teams have shown that there is a two-way cross talk between them.

Cytokines, for example, are produced by brain cells in response to infection, but they also help neural stem cells differentiate and mature neurons change the strength of their connections3.

“There’s a growing body of evidence that says immune processes are not simply defense processes, but play a role in the plasticity and connectivity of the brain during development,” notes Owen Rennert, head of developmental and clinical genomics at the National Institute of Child Health and Human Development.

In September, Rennert reported an autism-immune link using an unusual computational model4. With data from a freely available atlas of gene expression, his team showed that 32 autism candidate genes are highly expressed in the developing human brain. Pathway analyses of these genes showed that many are involved with immune system regulation and, specifically, cytokine signaling.

This fits with studies of blood, cerebrospinal fluid and postmortem brain samples that have turned up abnormal cytokine levels in individuals with autism5.

In September, researchers took a look at the immune picture earlier in development by measuring cytokines in amniotic fluid. Drawing from hundreds of samples stored in a large Danish biobank, the researchers reported that pregnant women whose babies develop autism have elevated levels of a chemokine — a particular class of cytokine — called MCP-1 in amniotic fluid6.

This could mean that an altered immune state from the beginning of life causes autism — but that’s only one of many possibilities.

“We don’t have sufficient evidence that this is a causal relationship,” says lead investigator Morsi Abdallah, a researcher at the Statens Serum Institute in Copenhagen. “It could reflect some other distortion going on in the fetus or stemming from the mother.”

All of these researchers agree that pinning down biological mechanisms will require cell and animal models, in which researchers can measure the effects of specific tweaks to the immune system.

“Sorting out cause and effect — we’re a ways away from that,” Van de Water says. “But each piece of information that we get on which systems are dysregulated takes us that much closer to figuring out the commonalities.”