Asthma in parents shows slim link to autism in children 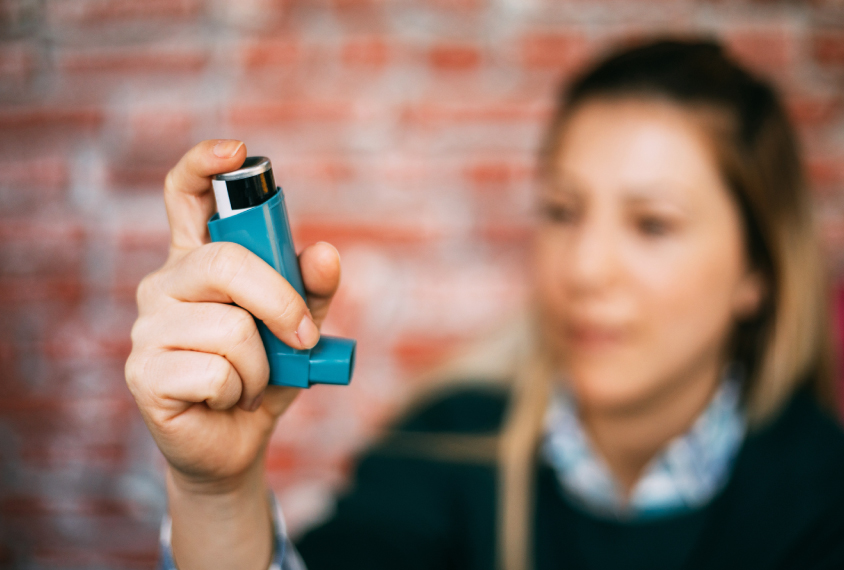 Safe solution: Taking asthma medication during pregnancy does not put the child at risk for autism.

A child’s risk of autism is slightly elevated if one parent has asthma, according to a study of nearly 23,000 autistic children in Sweden1. Children also have increased odds of autism if their mother is diagnosed with an autoimmune disease, according to another study, conducted in Finland2.

The asthma study puts to rest the idea that exposure to asthma drugs in utero boosts autism risk.

“As far as we can see, there is no risk to taking asthma medication while you’re pregnant,” says lead researcher Catarina Almqvist, professor of clinical epidemiology at the Karolinska Institutet in Stockholm, Sweden. “That’s an important message.”

Overall, the findings mesh with those of a 2005 study suggesting mothers who have asthma or allergies during the second trimester have more than double the typical risk of having a child with autism3.

Neither new study definitively links asthma in a family member to autism; the raised risk in each study is small, and even smaller for fathers and siblings.

“It’s an interesting association, it deserves follow up, but it is by no means conclusive,” says Adam Guastella, professor of child and youth mental health at the University of Sydney in Australia, who was not involved in the work.

Almqvist and her colleagues identified 22,894 children with autism, along with 1,267 of their siblings, 1,323 half-siblings, 11,477 cousins and 3,337 half-cousins in Swedish national health registries. The team also analyzed data from 228,940 unrelated sex- and age-matched controls. They looked up the parents’ asthma diagnoses and women’s asthma medication use during pregnancy.

About 20 percent of autistic children have mothers with asthma, compared with 14.3 percent of children in the general population, the researchers found.

The link to asthma in fathers is weaker: 8.7 percent of autistic children have fathers with asthma, compared with 7.4 percent of typical children. And this link disappeared when the researchers adjusted for asthma in the fathers of cousins, half-cousins and half-siblings. The findings appeared in February in Clinical & Experimental Allergy.

The team also looked at exposure to asthma drugs in utero in 3,507 autistic children and 5,350 unrelated controls. The exposed children were no more likely to have autism than those born to pregnant asthmatic mothers who did not take the drugs.

“That was a really good thing to control for,” says Janine LaSalle, professor of medical microbiology and immunology at the University of California, Davis, who was not involved in the study. “It really suggests that [the autism risk is from] the actual asthma itself and the immune reaction going on rather than the medication they are taking.”

The researchers argue that their findings are in line with the idea that an immune reaction during pregnancy raises autism risk in the child. Yet the study provides limited evidence for this hypothesis, in part because it did not focus exclusively on pregnant women. It is unclear how many women in the study had asthma before they gave birth.

“It’s hard to know what it means in terms of etiology,” says Lisa Croen, director of the Autism Research Program at Kaiser Permanente in California, who was not involved in the research.

The Finland study also shows only a tenuous link between autism in the child and asthma or autoimmune disease in the mother. In that study, researchers analyzed national registries containing diagnostic and other health information for 1.2 million people, including 4,600 people with autism.

They found an association between autism in a child and asthma or autoimmune conditions in the mother that involve inflammation of the eye or ear. For instance, asthma in mothers is associated with a 40 percent increase in the odds of autism in the children. The researchers also found an increase in autism odds for children whose siblings have an autoimmune disease or who have one themselves.

This study did not look only at women diagnosed with autoimmune conditions prior to pregnancy, either, and so provides only indirect evidence for the maternal immune hypothesis. The results appeared in February in the Journal of the American Academy of Child & Adolescent Psychiatry.