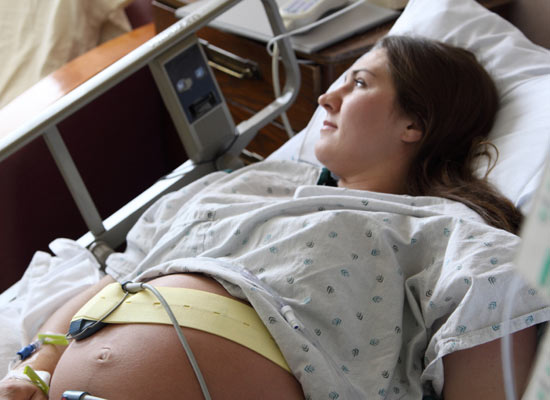 A class of medications widely used during pregnancy to treat asthma and prevent early labor increases the baby’s risk of autism and other psychiatric disorders, according to a controversial review in the American Journal of Obstetrics and Gynecology1.

The review, published in the journal’s December issue, proposes that long-term exposure to the drugs — called beta-2 adrenergic (B2A) agonists — during key periods of brain development can send the nervous system into overdrive, eventually giving rise to autism.

Because of these risks, the drugs should only be used in extreme circumstances, such as for acute asthma attacks or for staving off labor for less than 72 hours, the authors warn.

Some experts are unhappy about the review, noting that it is based primarily on data from animal work. Only three human studies have looked at the drugs’ direct association with autism: one small twin study, one case report and preliminary data from an unpublished epidemiological study.

“I find this to be an overstated and unbalanced review of this area as related to autism,” says George Anderson, research scientist at Yale Child Study Center.

The paper could incite unwarranted malpractice lawsuits and unnecessary panic among parents about other, safer, drugs used to forestall labor, adds Michal Elovitz, director of the Maternal and Child Health Research Program at University of Pennsylvania, who sees many pregnant women at high risk of having a premature birth.

“I would not talk to my patients about [these drugs] based on this review, because I don’t think this is scientifically valid yet,” Elovitz says, adding that she and her colleagues plan to write to the journal outlining their concerns.

Drugs that stimulate beta-2 adrenergic receptors cause smooth muscles to relax in tissues throughout the body. Those suffering from asthma, for example, take the drugs to open up the airway.

Although drugs in this class have never officially been approved to prevent early labor, starting in the 1970s, obstetricians began prescribing the drugs — particularly terbutaline — to quell premature uterine contractions. An estimated 12 percent of babies are born prematurely, whose myriad medical problems cost about $26 billion a year — the most expensive child healthcare cost in the U.S.

Some doctors began recommending that pregnant women with early contractions take the drug at home every day, either orally or through a continuous intravenous drip. But subsequent clinical trials found that this so-called ‘maintenance therapy’ doesn’t help thwart preterm labor2. What’s more, it can trigger dizziness and nausea in the mother, and a racing heart in both mother and baby.

Nevertheless, terbutaline is still widely prescribed off-label. “This is patient-driven medicine,” Elovitz says. “I would guarantee that if you [questioned] a bunch of community practice obstetricians, they’d say that their patients want it, because in their mind, they think it works.”

Accurate estimates of the drug’s use for preterm labor are hard to come by. A 2008 survey of 827 maternal-fetal medicine specialists found that roughly two percent still prescribe it as maintenance therapy. What’s more, 31 percent of doctors who do not routinely prescribe it said they would do so on the patient’s request3.

Many more pregnant women take these drugs for asthma, the most common complication during pregnancy4. A National Institutes of Health expert panel recommends, for instance, that pregnant women use albuterol, a short-acting inhalant, for quick relief of symptoms — provided it’s not used too frequently. Used over long periods of time, albuterol can be fatal. For women with daily breathing attacks, the panel suggests inhaled corticosteroids instead.

Nevertheless, pregnant women tend to overuse albuterol, notes Frank Witter, professor of gynecology and obstetrics at Johns Hopkins University and the review’s lead author. “It’s very seductive for the patient: you take this stuff and you can breathe again.”

In the review, Witter and colleagues use several animal studies to argue for a possible biological mechanism that could explain in utero exposure to B2A drugs and autism.

“If you overstimulate the receptor [with drugs], it probably affects the organization of a lot of receptor systems and cellular functions,” says co-author Andrew Zimmerman, director of medical research at the Center for Autism and Related Disorders at Kennedy Krieger Institute in Baltimore, who has conducted much of the animal work.

“We think it’s a subtle abnormality at the cellular level, but has widespread effects when you cause it at this particular time during early development,” Zimmerman adds.

He says the effect would be particularly problematic in the brain, which has a dense concentration of B2A receptors. He estimates that the drug exposure could account for about five percent of all autism cases.

Zimmerman has been studying this link since 2001, when his colleague Susan Connors introduced him to her friend Beth Crowell, a woman from Massachusetts who had fraternal triplets. All three triplets have autism.

The likelihood of two fraternal twins both having autism is about 10 percent; the likelihood of transmission in fraternal triplets is much lower. “Depending on how you figure it out, the chances are one in many thousands,” Zimmerman says. “So we looked into [Crowell’s] history.”

Crowell’s doctor had given her continuous high doses of terbutaline for the second half of her pregnancy, Zimmerman says. The researchers knew of experiments by Theodore Slotkin at Duke University, showing that rats exposed to terbutaline before birth have abnormal B2A receptor activity in their brains5.

Zimmerman and Connors looked at 36 cases of fraternal twins of which at least one twin has autism. The researchers found that mothers who take terbutaline continuously for at least two weeks during pregnancy are twice as likely to have both twins diagnosed with autism as are mothers not exposed to the drug6.

The team suspected that some babies are more genetically vulnerable to terbutaline exposure than others. There are several variants of the B2A receptor in the general population, two of which tend to make the receptors overactive. The scientists found that children with autism are more likely to carry these two types than are those without the disorder.

“[The study] got a lot of people interested in the problem,” Zimmerman says, although he admits that it was also criticized for its small sample size and limited methodology.

“I would describe that [study] as shaky, at best,” notes Patricia Rodier, professor of obstetrics and gynecology at University of Rochester School of Medicine and Dentistry.

One flaw with the study’s approach, she says, is that there is no way to know whether the autism risk is associated with the terbutaline exposure or with the fetal stress that causes premature labor in the first place.

Since then, several other reports have found no link between the drugs and autism. Some of these studies looked at only short-term exposure (less than two days) to the drugs7, however; others did not follow control groups of unexposed infants8.

The new review cites unpublished data gathered by Lisa Croen, director of the Autism Research Program at the Kaiser Permanente Division of Research.

In 2005, using data from babies born in the Kaiser Permanente California medical care program from 1995 to 1999, Croen published a study showing that mothers who have asthma or allergies during the second trimester of pregnancy have a greater than two-fold higher risk of having a baby with autism9.

Analyzing 575 babies from the same system, Croen is investigating whether that association is a result of exposure to B2A agonists. She says her unpublished results are consistent with the hypothesis presented in the new review.

No one knows exactly how the drugs might cause autism, but Zimmerman has worked out a theory based on animal studies.

In 2007, Zimmerman and his collaborators exposed rats to terbutaline just after birth, which is equivalent to the late second or early third trimester in humans10. “[The drug] dramatically affected their behavior and brain pathology,” Zimmerman says. The rat brains show signs of inflammation and have fewer than normal Purkinje cells, normally found in the cerebellum. Both of these aspects have been seen in postmortem studies of humans with autism.

Zimmerman hypothesizes that the drugs overstimulate B2A receptors during prenatal development, which causes a permanent overactivity of the fetus’s sympathetic nervous system — the ‘flight or fight’ signals responsible for involuntary physical responses, such as an elevated heart rate or dilated pupils.

If this mechanism holds true, people with autism should show signs of an abnormally active sympathetic nervous system. Observations on that aspect have been mixed, but one 2005 report found that children with autism have higher heart rates and blood pressure than do healthy controls11.

Zimmerman says he plans to look next at the function of B2A receptors in blood samples from children with autism.

In the meantime, one of the other authors of the review, James Reichmann, has filed a citizen’s petition with the US Food and Drug Administration, asking for terbutaline to be labeled under a more dangerous class of drugs. It is currently listed as pregnancy risk category B, which indicates that animal studies have shown an adverse effect that has not been confirmed in controlled studies of women in the first trimester. Reichmann has asked that the drug be moved to one of three more dangerous categories.

“I’m not banging on table saying, ‘These drugs cause autism’,” says Reichmann, senior vice president of sales and marketing at American HomePatient, a Tennessee-based company that sells home medical equipment and services. “But the fact that it’s quite possible, and that these drugs don’t have any benefit — why risk it?”