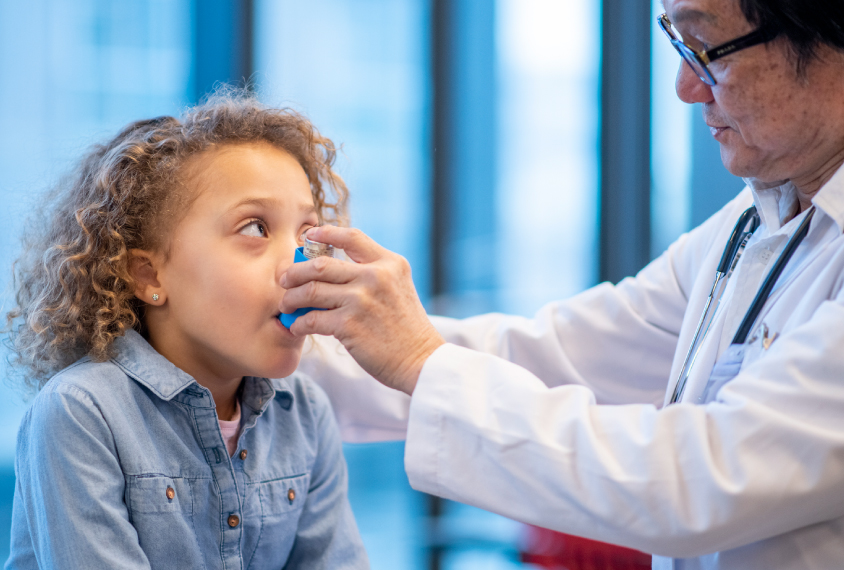 Double diagnosis: Compared with their typical peers, children with at least one developmental disability are more likely to also have asthma.

The results highlight the need for families, educators and caregivers to be able to recognize potential signs of asthma in developmentally disabled children, especially those who have trouble communicating, says lead researcher Sarah Messiah, professor of epidemiology at University of Texas School of Public Health in Dallas.

“It’s important to think about their holistic health and not just the disability,” Messiah says.

Previous studies of asthma and autism in young children have shown mixed results. Some have found an increased co-occurrence of the two conditions, as the new analysis does, but others show no correlation between them2,3,4.

Some of this discrepancy may be explained by the fact that “both of those conditions are harder to assess during this early childhood period from age 0 to 5,” says Olivia Lindly, assistant professor of public health at Northern Arizona University in Flagstaff, who was not involved with the study.

Messiah and her colleagues analyzed data from the 2016 and 2017 National Survey of Children’s Health, which collects demographic information from U.S. families, including parent education levels, income, race and ethnicity.

The researchers weighted the survey responses to be representative of the U.S. population and adjusted the results to ensure that certain measures, such as birth weight or family income, were not contributing to the differences in asthma prevalence.

“It’s pretty consistent,” across developmental disabilities, says Lisa Croen, senior research scientist at the Kaiser Permanente Division of Research in Oakland, California, who was not involved in the study.

The results were published in June in JAMA Network Open.

The study did not examine how racial disparities break down for children from different ethnic backgrounds. But the finding that children of color are more likely to have asthma than white children is consistent with previous research5.

Messiah and her colleagues also did not compare asthma prevalence across age groups in their paper, but unpublished data they have collected suggest that the link between asthma and autism is weakest in children under age 5. For children with autism, it seems that “the odds of having current asthma increase with age,” Messiah told Spectrum in an email.

Another limitation of the study is that because it is cross-sectional, its findings are only associations.

The researchers are looking into potential causal pathways between these conditions for their next steps.

One theory is that asthma and developmental disabilities have some common genetic underpinning, Croen says. Looking at genetic similarities between these conditions may provide clues as to how the conditions are connected.

Or it may be that asthma and developmental disabilities are influenced by a mother’s immune system. Some studies have found that mothers with asthma or immune disorders are more likely to have a child with autism, for instance.

For now, one of the most important takeaways is that parents of children with developmental disabilities remain their child’s best advocate, Messiah says.

“Any symptoms of wheezing, difficulty breathing, then it’s time to look up the pediatrician and get a screening.”