Alzheimer’s protein turns up as potential target for autism treatments 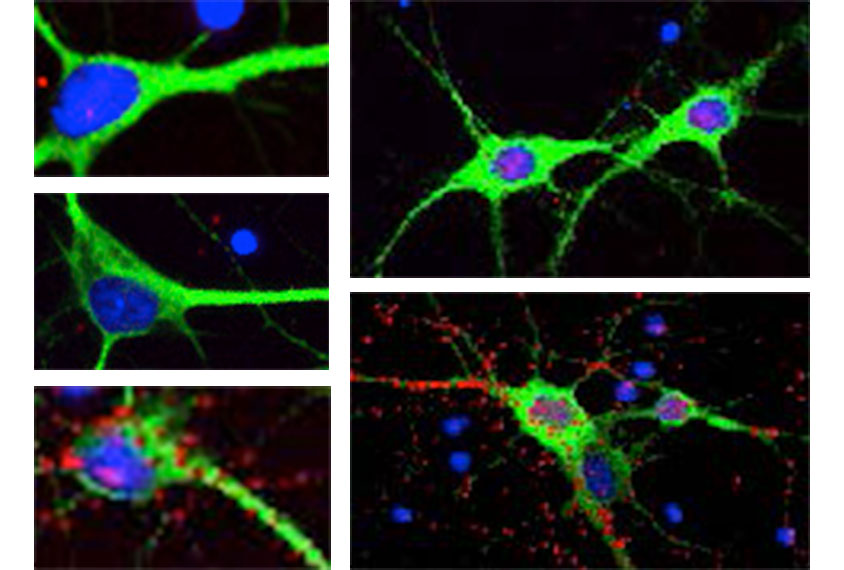 Lowering the levels of a protein called tau, best known for its involvement in Alzheimer’s disease, eases autism-like traits in mice, according to a study published today in Neuron1.

The approach improves autism-like behaviors in two mouse models with mutations in the same cellular pathway, but not in a third model in which the pathway is unaffected. The findings suggest that targeting tau might treat only some forms of autism.

“There are certain therapeutic interventions that may be useful for some types of this condition and may not work at all in other types,” says lead investigator Lennart Mucke, director of the Gladstone Institute of Neurological Disease in San Francisco, California.

Researchers have for some time been considering links between neurodevelopmental conditions such as autism and neurodegenerative ones such as Alzheimer’s, and the study is “compelling evidence” that an overlap exists, says Nicola Grissom, assistant professor of psychology at the University of Minnesota in Minneapolis, who was not involved in the research.

“It’s an important clue that the brain doesn’t follow these strict boundaries in diagnoses that we sort of impose,” Grissom says.

Lowering tau levels has been shown to prevent seizures and alleviate problems with learning and memory in mouse models of a condition called Dravet syndrome2.

About one-third of people with this severe, and sometimes fatal, childhood condition also have autism3. Mutations in an autism gene called SCN1A often cause Dravet syndrome.

In the new study, Mucke and his colleagues genetically engineered mice to eliminate or cut by half tau protein levels in three mouse models: those with an SCN1A mutation, those missing the autism gene CNTNAP2 and those with a mutation in SHANK3, a top autism gene.

In the SCN1A and CNTNAP2 mice, lowering tau levels significantly decreases autism-like behaviors such as repetitive self-grooming and social disinterest in other mice.

Lowering tau also restores normal brain size: SCN1A and CNTNAP2 mice have megalencephaly, or an enlarged brain, also seen in many people with autism. But mice with low tau levels have brains of average size.

Lowering tau levels did not have these effects on SHANK3 mice, however.

To understand the reason for this discrepancy, the researchers looked for pathways that function differently in the three sets of mice. They identified a pathway known as PI3K, which is hyperactive in both the Dravet and CNTNAP2 mouse models but not in the SHANK3 mice.

Tau regulates a gene called PTEN, according to a 2017 study4. PTEN accounts for 2 to 5 percent of autism cases and is known to modulate the PI3K pathway; without it, the pathway becomes overactive, in some cases leading to autism.

Mucke’s team found that knocking out PTEN in neurons blocks the effect of lowering tau on the mice’s behaviors.

Tau is likely to be important, but not the complete story, says Illana Gozes, professor emerita of clinical biochemistry at Tel Aviv University in Israel, who was not involved in the new work. Last year, Gozes linked certain mutations to both Alzheimer’s disease and autism. Many of these mutations are in genes, including tau, that are important in microtubules, cells that help form the scaffolding of the cell5.

The relationship between tau proteins and microtubules is likely to be key to Alzheimer’s disease and some forms of autism, she says, although it is unclear how the work translates to people with autism.

“I think the jury is still out; we need to find out,” Gozes says. “But regardless, it’s very interesting because it puts tau and, in my opinion, also the microtubules in a central point.”