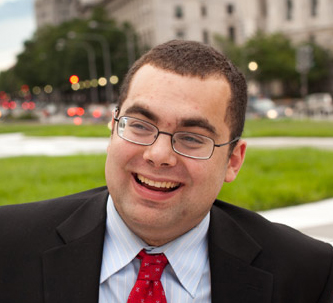 Ari Ne'eman
President and Co-founder, Autistic Self Advocacy Network
Sign up for Spectrum’s newsletters
Thanks for subscribing!

Much public attention and concern have accompanied the release of the new criteria for autism diagnosis, described in the DSM-5, the latest edition of the Diagnostic and Statistical Manual of Mental Disorders.

Criticism has focused on two main aspects: the consolidation of Asperger syndrome and pervasive developmental disorder-not otherwise specified (PDD-NOS) into a single autism spectrum disorder diagnosis, and fears that some individuals will be shifted from autism spectrum disorder diagnoses to the newly created social communication disorder (SCD) or to other non-autism categories. What impact might these changes have on services for Autistic people and our families?

In light of the DSM-5’s release last week, it is worth evaluating these concerns. Early criticism of the DSM-5 focused primarily on the loss of Asperger syndrome as a separate diagnosis. Some have suggested that the consolidation of Asperger into the broader autism spectrum disorder diagnosis will result in a loss of services. Evidence suggests otherwise.

Many state agencies and school districts have implicit, and occasionally explicit, policies against allowing those with a diagnosis of Asperger syndrome or PDD-NOS to access services associated with an autism diagnosis. For example, though students with these diagnoses should be able to qualify for services under the autism category in the Individuals with Disabilities Education Act, school districts frequently prefer to funnel them toward less expensive options.

This problem becomes even more explicit within state Medicaid systems, which limit eligibility to those with the ‘right’ autism diagnosis. A 2008 review found that different states have widely different diagnostic requirements for developmental disability services, with some including Asperger syndrome and PDD-NOS and others not. The new unified diagnosis may make it easier for those with these diagnoses to get services.

Though service eligibility is unlikely to suffer (and may even improve) for those who woke up this week with a diagnosis of autism spectrum disorder instead of Asperger syndrome, services aren’t the only issue at stake here.

Other critics of the DSM-5’s single diagnosis have couched their arguments in terms of culture. Speaking to National Public Radio in 2010, Michael John Carley of the Global and Regional Asperger Syndrome Partnership commented, “I personally am probably going to have a very hard time calling myself autistic,” adding that he would find it difficult to share a diagnosis with “somebody who might have to wear adult diapers and maybe a head-restraining device.”

I don’t share those views. Indeed, I can’t help but think that Carley and others are missing an opportunity to fight prejudice against all those on the spectrum, regardless of their support needs. The research literature and the personal experiences of countless Autistic adults show that the specific diagnosis a person receives depends on any number of factors extraneous to a person’s lived experiences, such as age at diagnosis or and the extent of developmental history available.

By unifying our identity, we can include in our struggle those whom chance and circumstances have placed in separate diagnostic categories. Beyond that, there is something vaguely repulsive about maintaining the Asperger syndrome diagnosis solely to avoid prejudice and presumptions of inability. Shouldn’t we be trying to eliminate stigma and low expectations for everyone, rather than just shifting it to those who are less equipped to fight it?We can and should use this collective diagnosis as a chance to reinforce the relevance of human rights and self-advocacy for all of us.

This brings me to the concern about the DSM-5 that I think carries the most validity. Will all those who might have qualified for an autism spectrum disorder diagnosis under the DSM-IV do so under the DSM-5?

Many people rightly point out that those who receive an SCD diagnosis are likely to face more difficulty in accessing services than those who have an autism diagnosis. In light of this, it is crucial that the autism spectrum disorder diagnosis be interpreted in as inclusive a fashion as possible.

To facilitate more inclusive criteria, the Autistic Self Advocacy Network, a national advocacy group run by and for Autistic adults, of which I am president, contacted members of the DSM-5’s working group in 2010, and periodically after that, to urge them to incorporate language into the final criteria to address these concerns.

We didn’t achieve everything we wanted. For example, we had hoped that those seeking a diagnosis would need to meet only two of three sub-criteria in the social communication domain, and we had opposed the creation of both SCD and the severity scale that accompanies the autism spectrum disorder diagnosis. However, a number of the crucial protections we argued for did make it into the final criteria.

Unlike in previous drafts, those seeking a diagnosis can now meet criteria both “currently or by history,” meaning that a person can qualify for a diagnosis if he or she met criteria at any point in the past, “even if symptoms are no longer present.”

The criteria also explicitly acknowledge the learned strategies and coping skills that result in many adolescents and adults masking their autism traits, making it more likely that clinicians will be able to identify those who have learned those skills and pass as normal.

We also succeeded in having the working group incorporate language outlining diagnostic disparities of autism in adults, women and girls, and racial and ethnic minorities. Among the other changes incorporated are substantial modifications to the severity scale, clarification that it should not be utilized for eligibility or provision services, and greater attention to motor and movement challenges.

Far more must be done in these areas, but what we have achieved nonetheless represents a significant step forward.

Despite this, the real test of the DSM-5 will come when it is applied in the field. Many subtleties that seem clear to researchers and advocates whose whole lives focus around autism are less evident to harried clinicians. That is why we must work to educate clinicians and others to correctly interpret the criteria. We need a community-wide investment in professional development activities. In doing so, we can both prevent harm and work to address disparities in access to diagnosis that were present under the DSM-IV.

Special Report: DSM-5
This is one of a series of articles exploring the DSM-5, the long-awaited new version of American Psychiatric Association’s Diagnostic and Statistical Manual of Mental Disorders.

The DSM-5 remains a deeply imperfect document. Future editions must involve additional community input, be subject to independent research review, and be allowed to venture beyond the rigid inflexibility too often displayed by the medical profession. Yet, it is far from the calamity that many have accused it of being.

With the right investments in professional development and education, the autism world has a chance to make the diagnostic criteria in the DSM-5 an improvement over the previous versiondiagnostic criteria. Will we succeed in doing so? For the sake of millions of Autistic Americans and our families, we need to try.

Ari Ne’eman is president of the Autistic Self Advocacy Network, and one of President Obama’s appointees to the National Council on Disability.