Post-traumatic stress disorder may mimic autism in some children 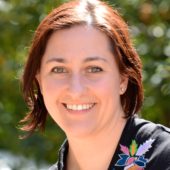 Katherine Stavropoulos
Assistant professor, University of California, Riverside
Sign up for Spectrum’s newsletters
Thanks for subscribing!
The Expert:

When I first met Jeremy, he seemed like a shy but sweet 7-year-old. He brought a plastic dinosaur to the clinic and was playing with it on the floor. I crouched down to his level and gently expressed interest in the toy. He was excited to learn that we had more dinosaurs for him to play with. (I have changed Jeremy’s name to protect his privacy.)

All I knew at first was that Jeremy’s mother wanted her son assessed for autism. The boy had been a social toddler, his mother recalled. But over the years, he had begun to avoid others and engage in repetitive play. He had also become prone to violent outbursts.

Over the course of our session, I learned that Jeremy and his brother had been abused by their father. Their mother, whom I will call Joy, had been unaware of the abuse for almost a year. She was not sure when Jeremy’s behavior had changed and whether it was before or after the abuse began.

Joy suspected her son had post-traumatic stress disorder (PTSD). He had, in fact, received a PTSD diagnosis. But specialists in PTSD were convinced he has autism. As a result, she was having trouble finding someone to treat him.

To add another layer of complexity, the family’s primary language is not English. This caused additional confusion for psychologists who were trying to distinguish autism traits, such as social-communication difficulties, from the expected behavior of a young child learning English as a second language.

At first, I couldn’t figure out why anyone thought Jeremy has autism. He made eye contact with me and used gestures to communicate when he had trouble expressing himself with words. But I soon realized that what looked like signs of PTSD to me might look to others like autism.

Accurately differentiating between autism and PTSD is essential for children with either condition to get the support they need.

One example of a PTSD feature that may be mistaken for autism is Jeremy’s unusual play. He wanted to either smash the dinosaurs together or replay a specific scenario with three of the toys: He told me the mother dinosaur had to protect her two babies from a monster by hiding them in a cardboard box in the clinic’s waiting room.

When I tried to redirect the play or join in by being one of the dinosaurs, Jeremy largely ignored me and continued the play sequence. He wanted to show me what he was doing and looked at me to make sure I was watching, but he wasn’t willing to change the pattern, content or characters in his story.

Jeremy’s repetitive play, coupled with the communication difficulties stemming from his language barrier, quickly helped me to understand why so many professionals suspected autism. After all, having repetitive behaviors and restricted interests is a core feature of autism.

But I interpreted his play a bit differently than these other experts: I saw a child who had experienced emotional and physical abuse by his father and a contentious parent separation involving multiple court appearances. It was unsurprising that Jeremy’s play was either violent or involved a story about a mother protecting her children.

Differentiating a young child learning English from one showing signs of autism can be difficult. This is especially true in children who are anxious or who have experienced trauma, as they are often hesitant to communicate and slow to become comfortable with others.

Children learning English often struggle to communicate with speech alone, as they are still learning the words and phrases they must use to express themselves. These children instead tend to use other strategies to make themselves understood. For instance, Jeremy had significant trouble answering questions about feelings, friends or activities when we first met. But he successfully used eye contact, gestures and speech to communicate effectively.

At one point in that first session, Jeremy pointed out the window to bring my attention to something he saw. When I didn’t see anything, he tried to explain that he had seen a hummingbird in a tree. I didn’t understand what he was saying, so he used his eyes to direct mine to the tree, and gestures to mimic the bird using its long beak to drink from flowers. Interactions like this convinced me that autism was unlikely to be the cause of his challenges.

As a result, I ruled out an autism diagnosis. I agreed with his previous PTSD diagnosis. My decision, I hoped, would now enable him to receive treatment for PTSD.

It is critical for clinicians to recognize that some features that appear related to autism, such as withdrawal from peers, rigid play and angry outbursts, may be more accurately categorized as PTSD, especially if a child has a known trauma history.

My colleagues and I followed up with Joy about 11 months after Jeremy’s visit. Despite receiving an expert opinion, Joy said the family had continued to have trouble accessing therapies or groups for PTSD, as each clinician and group therapist asked about a potential autism diagnosis. The language barrier between Joy and the mental-health professionals probably exacerbated these difficulties.

However, Joy said they were finally seeing a new provider with expertise in both autism and PTSD. This clinician understood that Jeremy did not have autism and is treating him for PTSD. With the new focus on addressing Jeremy’s trauma, he was beginning to show improvements in social behaviors at school, his mother said.

Autism and PTSD can also co-occur. I once saw a teenage boy with autism and intellectual disability who had experienced sexual abuse. Mental-health professionals interpreted his PTSD traits, such as anxiety and repeatedly talking about the abuse, as part of his autism, and they would not diagnose him with PTSD.

Even if this boy had received the appropriate diagnosis, there is a paucity of treatment options. We know that therapies focused on managing stress and negative thoughts help neurotypical children and adults struggling with PTSD, but there is no clear treatment plan for someone with autism and PTSD — especially if that individual also has an intellectual disability. Most studies of PTSD treatment exclude children and teenagers with developmental or cognitive delays or conditions such as autism.

We must investigate how to augment existing therapies to be effective for individuals with autism, intellectual disabilities or both. It is also imperative for the field to improve at differentiating between PTSD and autism and recognizing when these conditions co-occur.

Katherine Stavropoulos is assistant professor of special education at the University of California, Riverside and a licensed clinical psychologist.