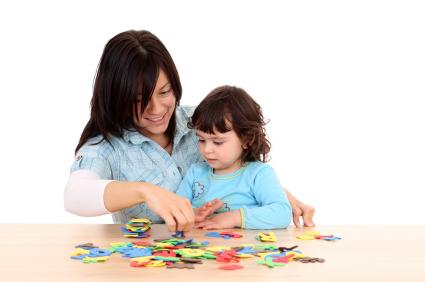 It took 50 years for scientists to develop instruments reliable enough to be considered the gold standards for diagnosing autism.

Autism has always been around, but it was not until the mid-1940s that Leo Kanner in the United States and Hans Asperger in Austria, both physicians, independently described children with what we now recognize as autism. All of those children had a profoundly impaired ability to relate to people, bizarre habits and behaviors never seen in typical children of their ages, and all ― even those who were gifted ― functioned poorly in their world.

Because the children did not appear sick and their symptoms were behavioral, they were widely considered emotionally disturbed, a view that persists in a number of countries today. It took many years of research for us to learn that a disorder of brain development, influenced by the environment in which the children happen to be born, is responsible for their symptoms.

Research has shown that even though the children share core behavioral symptoms they differ in others, that severity varies greatly, and that although symptoms change and often improve with age, some persist into adulthood.

In the intervening 50 years, we have also learned that the disorder exists worldwide, and that it is not a single disease but represents a spectrum of genetically influenced disabilities. To help diagnose this diverse disorder, psychiatrists and psychologists developed a variety of behavioral screening tools.

In 1980 autism, now called Pervasive Developmental Disorder (PDD), made its official entry into the mainstream of psychiatric diagnosis by being listed in the Diagnostic and Statistical Manual of Mental Disorders (DSM) and the International Classification of Diseases (ICD).

Based in part on the work of British psychiatrists Lorna Wing and Michael Rutter, both experienced in the epidemiologic study of childrenʼs behavior disorders, it became clear that there are three behavioral domains most universally affected: sociability and empathy, communication and imagination and behavioral flexibility.

The screening tools were reasonably adequate for clinicians, but the criteria were not specific and reliable enough to meet the needs of researchers. Psychologists and other neuroscientists require narrowly defined homogeneous populations so as to minimize irrelevant variations that might mask relevant but subtle characteristics.

For that reason, an international and interdisciplinary team ― including physicians, child psychiatrists and psychologists, notably Catherine Lord who to this date is the anchor person for this effort ― pooled their differing competences to create a more rigorous tool, which became the gold standard Autism Diagnostic Observation Schedule (ADOS)1,2 and the Autism Diagnostic Interview (ADI)3.

Diagnosis always relies on two sources: history, which enquires about what might have brought on the problem, and the diagnosticianʼs examination.

Physicians are trained to make a ‘yesʼ or ‘noʼ diagnosis based on information from their history and examination, both focused on the particular problem at hand and, therefore, that differ for each patient. Psychologists, whose observations deal with behaviors, depend on standard tests with scores compared with those of ostensibly normal people to provide dimensional diagnoses. Their diagnoses yield an estimate of how far from expectation each individual scores.

What makes the ADOS and ADI unique is that, because they focus on a single condition ― autism ― psychiatrists and psychologists were able to standardize both the historical questions to ask parents (ADI) and the observations made during a variety of playful typical interactions (ADOS).

A novel feature of the ADOS is that it requires the examiner, as active partner, to probe for inadequate reciprocity in this real-world situation. The team tested every item for reliability and its power to detect relevant differences in different environments and countries and videos made it possible to compare examinersʼ scores for consistency.

The ADOS and ADI thus yield identical information when applied to anyone, anywhere. The team soon realized that different ADOS modules were needed, depending on the age and cognitive abilities of subjects.

Studies in younger siblings showed that to push down age at diagnosis, they would even need to develop a ‘Baby ADOSʼ. With such revisions these tools have become the indispensable diagnostic gold standards for research on autism spectrum disorders.

Despite their unquestioned strengths, the ADI and ADOS have weaknesses, however.

The ADOS and ADI require that examiners be familiar with autism in order to interpret their observations correctly. To be reliable, users require expensive training and practice using the tools. Because examiners must enquire about both current and earlier behaviors, administering the ADI takes about two hours; the ADOS takes some 40 minutes because of the variety of behaviors to be probed.

Neither tool alone yields a reliable diagnosis. The ADI and ADOS provide only three potential diagnoses: autism, autistic features but not classic autism (the broader spectrum); or neither. Of course, as these are behavioral measures, they say nothing about the disorderʼs biological origins.

The ADOS especially is being abused by some schools, which insist on it for the provision of services. Inexperienced examiners who have not necessarily met training criteria are using it. Insisting on its use in children whom an experienced clinician can diagnose reliably in short order is wasteful.

Still, the ADOS and ADI have revolutionized the field of autism by bringing in uniformity, and by increasing the reliable detection of individuals on the spectrum, particularly those who are mildly affected or multi-handicapped. Although improvement in their use is still required, these instruments are clearly here to stay.