Dutch project aims to raise awareness of autism in women 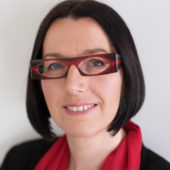 Els Blijd-Hoogewys
Clinical psychologist, INTER-PSY
Sign up for Spectrum's newsletters
Thanks for subscribing!
The Expert:

Girls and women with autism are underrepresented in research. As a result, we know little about how the condition manifests in them. This dearth trickles down into the clinic: They are frequently diagnosed late in life, misdiagnosed or even missed altogether, barring them from accessing the support and services they need to thrive.

Scientists need to work together to involve as many autistic women as possible in research.

I know how pervasive this lack of knowledge is. I work at INTER-PSY, a mental health care center in Groningen, a large city in the north of the Netherlands. The center offers care for people with a range of conditions, including autism; I have spent my career caring for autistic people. But my eyes were opened to just how little I knew about autism in girls when my own niece was diagnosed seven years ago.

I became determined to do something to increase my own knowledge and that of the field as a whole. But I knew I couldn’t solve this problem alone.

So in 2017, my colleague Marleen Bezemer and I set up the Female Autism Network of the Netherlands (FANN). The network includes 55 Dutch scientists, clinicians and autistic people and hundreds more people who help us. At its heart, the network is a collaboration focused on advancing the understanding of autism in girls and women.

We have identified six topics to cover: diagnosis, co-occurring conditions, treatments, sexuality, parenthood and the distribution of general knowledge1. Researchers and clinicians at various institutions in the country formed groups focused on each topic. Our first projects have just begun and should yield results this year.

In one of the first projects, members of the sexuality group plan to publish an article next month in a popular Dutch psychology magazine on the variability in gender and sexual identity among autistic women. The article is based on scientific evidence, but it also includes anecdotes from the members’ clinical experience. We hope it helps raise awareness of gender and sexuality in women on the spectrum.

The researchers are planning a qualitative study in which they will interview autistic women about their experiences with sexuality and gender. Those data will be used to develop interview guidelines for care providers so that they can better support women struggling with these issues.

Earlier this year, the parenthood group also published an article about mothers with autism in a popular Dutch magazine on children and parenting. The article outlines tips and recommendations for clinicians and autistic mothers. The researchers have also developed a “What to Expect When You’re Expecting”-style pamphlet for autistic women with tips and questions and answers relating to pregnancy, birth and the first few months of a child’s life.

The group studying co-occurring conditions last year developed an online survey to study the prevalence of exhaustion, or burnout, in women with autism. This is important: Women on the spectrum may be overwhelmed by social, sensory, personal and societal demands. Members of the group hope to use the survey results to develop a screening tool for doctors.

This tool could also help flag women with undiagnosed autism: These women sometimes come to a clinic with physical and emotional exhaustion or chronic fatigue. Recognizing that these signs of burnout commonly accompany autism may lead doctors to evaluate them for the condition.

Our core group of 55 has expanded to include nearly 800 people from the wider autism community. We have a LinkedIn group for people who want to share scientific papers or recommend videos, blogs and conferences. Some of the members are autistic women who have not disclosed their autism or have never been formally diagnosed.

The LinkedIn group gives the network’s scientist members a large pool of potential participants for their studies. Although the network is confined to the Netherlands, researchers elsewhere could set up their own ‘FANN clubs.’ We have found social media to be extremely powerful. In the beginning, we had to encourage its use by, say, reminding members who had questions to post them on LinkedIn rather than via email. But in time, the community took root. We now gain one new LinkedIn member every day, on average, and our members are active.

For researchers, the network has enhanced knowledge and provided a point of contact for autism experts from all over the country. And it has proven to be useful for research. The core members have jointly written grants, pooling resources to work on large projects with real clinical relevance.

The network has also been valuable to women with autism. It provides recommendations for therapists and clinicians, along with information about autism. We are hopeful the network can ultimately help us better serve autistic girls and women.

Els Blijd-Hoogewys is a clinical psychologist and senior researcher at INTER-PSY in Groningen, the Netherlands.