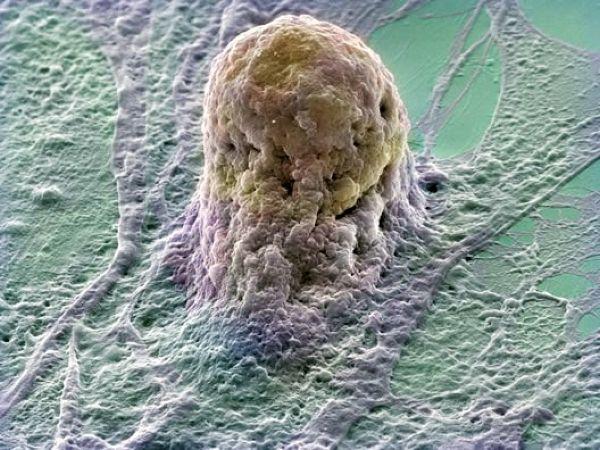 When President Obama said in his inagural address that he would “restore science to its rightful place,” he wasnʼt just making empty promises.

After nearly eight long years and an immeasurable setback to stem cell research, President Obama today overturned the restrictions Bush put set up in August 2001, and freed scientists to use federal funds to work with embryonic stem cells. And he did this while still defining himself as a man of faith. Hallelujah!

It warms my heart that at the same time, Obama also signed a memorandum effectively releasing Bushʼs political and ideological stranglehold on science.

True to his word, Obama has left it up to the National Institutes of Health to work out over the next 120 days exactly how the scientific and ethical questions surrounding stem cell research should be handled.

Maybe itʼs thanks to Harold Varmus, former NIH director and one of Obamaʼs trusted scientific advisors, but the NIH is a particularly big winner in the extraordinary science bonanza under way in the U.S.

Recognizing that investing in science is no less important than investing in civilian infrastructure, and that it creates millions of jobs, the presidentʼs proposed budget for fiscal year 2010 promises to double federal funding for basic research over the next 10 years. The budget includes $211 million for “research into the causes of and treatments for” autism spectrum disorders.

Already, the stimulus bill sets aside $20 billion for basic research, half of which will go to the NIH, to be spent in the next two years. The stimulus also includes more than $1 billion for research into comparing available treatments.

This is not to say that all the battles are won. Obama doesnʼt have the authority to overturn the 1996 Dickey-Wicker amendment, which still prevents scientists from using federal money to create or destroy embryos for research purposes. But Congress, which does have the authority, may be inspired to put this outdated law to rest.

Or is that too much to hope for?