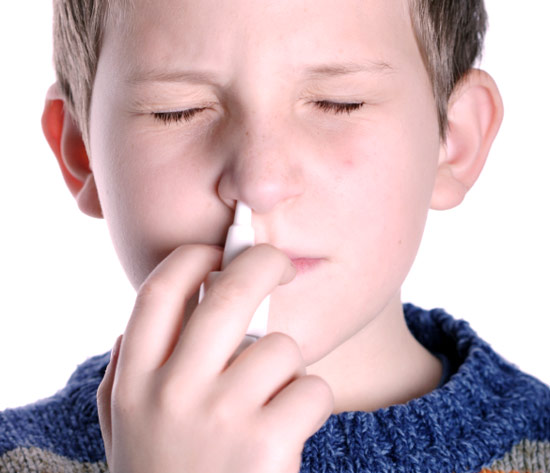 The famous ‘trust hormone’ oxytocin has been credited for everything from mother-child bonding to financial decisions. The latest study secures its position as a frontrunner among emerging treatments for autism.

Studies in the past two years have found that people carrying specific genetic variants of the hormone’s receptor are at increased risk of developing autism traits.

Children with autism have low levels of oxytocin in their blood, and a few small clinical trials have shown that getting extra doses of the hormone can improve some characteristic deficits of the disorder, such as body rocking or difficulty interpreting emotion from faces and words. Oxytocin is considered a pretty safe drug, because it doesn’t last long in the body and its effects are short-lived.

On 15 February, French researchers showed for the first time that inhaling small doses — three puffs per nostril — of the hormone can also improve social behaviors, the Holy Grail for autism treatments.

In one experiment, a computer ball-tossing game, participants with autism have more interactions with cooperative virtual partners, and report that they trust them more, after inhaling oxytocin. Similarly, when looking at pictures of faces, oxytocin increases the time participants spend looking at the eyes, which they normally avoid.

The results are based on just 13 adults with high-functioning autism or Asperger syndrome, though, so it’s not clear whether they would hold in a larger autism population, or in children with the disorder.

Even so, these are arguably the most exciting results of an autism treatment to date, and should encourage companies to place their trust in oxytocin.