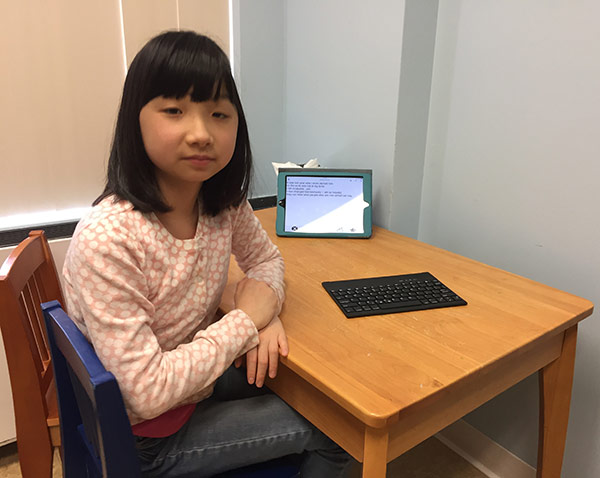 Nonverbal doesn’t mean incapable. A pilot study of children with autism who have low or no verbal skills suggests that the right intelligence tests can reveal their hidden potential.

The findings, published 6 March in Molecular Autism, add to mounting evidence that standard intelligence tests underestimate the abilities of some children with autism. Alternative tests that tap their strengths, which may include pattern recognition and visual acuity, are likely to paint a more accurate picture of their cognitive abilities.

“This study shows even children with autism who we think appear as low-functioning might have intellectual potential that we are either not aware of, or underestimate,” says lead researcher Isabelle Soulières, assistant professor of psychology at the University of Quebec in Montreal.

Soulières and her team studied 30 children with autism who had little or no verbal ability. None of the children could complete the Wechsler Intelligence Scale for Children — a widely used intelligence test that relies heavily on verbal communication. But when the scientists used a picture-based test called the Raven’s Colored Progressive Matrices, 65 percent of the children scored in the normal range. Ten percent ranked in the 90th percentile.

In this test, participants complete a set of puzzle-like matrices by inserting the correct piece into the blank spot. No verbal instructions are given; the tester simply points to the blank space.

The researchers also administered the Children’s Embedded Figure Test, which involves finding hidden pictures, and visual search tests, in which the child locates a particular symbol amongst many similar symbols. Results for all three tests correlated. The consistency of these scores suggests that picture-based tests can reliably reveal intellectual ability in these children — one rooted in spatial rather than verbal skills.

“I think that developing alternative assessments for children with autism could uncover hidden potential and result in adaptations to how they are taught at school,” says Soulières.

I can easily believe that traditional tests underestimate some children with severe autism. One low-verbal girl I’ve met, 12-year-old Hanna Suzuki, was underestimated due to her limited verbal and motor skills. For years, teachers assumed that she had a significant intellectual delay. When she was 10, she was assigned first-grade math problems even though, it later surfaced, the math was far too easy for her. Using her body effectively and verbalizing the answers had been the obstacle.

Finally, last year Hanna tried a therapy called the Rapid Prompting Method. This approach, which teaches people to communicate by typing, often reveals that students have already taught themselves to read and spell. In a low-distraction environment, children gradually learn to focus, and to coordinate their bodies enough to point. They then learn to insert a stick through letters in a stencil and, sometimes, even to type.

Slowly and laboriously, Hanna can now peck out sentences on an iPad or keyboard. Though she struggles to hit the right keys and stay on task, her writing reflects thoughtful, age-appropriate language. When I asked about her past school experiences, she typed: “The work was not at my level,” referring to the lack of challenge. “I felt incapable.”

Hanna is now studying algebra and enjoys grade-level science lessons. She even interviews people in the community about their jobs, as a part of her therapy. “[My life] has changed tremendously,” she wrote. “I am so hopeful.”

Editor’s note: This article reflects the writer’s opinion. SFARI.org does not endorse the Rapid Prompting Method or any of the opinions described here.