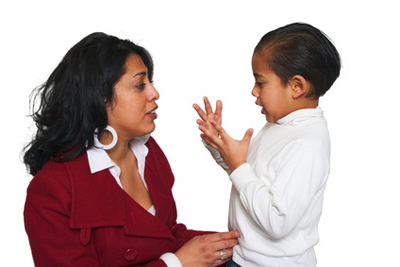 The reasons underlying these differences are complex — awareness of the disorder and access to healthcare are likely to contribute — but it’s also possible that the tools used to detect autism play a role.

A new study, published 6 February in the Journal of Autism and Developmental Disorders, suggests that a commonly used autism questionnaire may not be as effective among a rural, minority population as it is in other groups.

The findings emphasize how important it is to validate these tests in diverse cultures with varying levels of education and in both urban and rural settings.

Researchers gave the Modified Checklist for Autism in Toddlers (M-CHAT) to 335 English-speaking and 112 Spanish-speaking caregivers. The caregivers brought their children into a clinic in southwest Virginia for a standard check-up at 18 or 24 months. The majority of families in the study reported an annual income of less than $20,000.

The M-CHAT is a 23-item questionnaire designed to screen children in primary care settings. It is not designed to diagnose autism but to highlight children in need of further testing. It is one of the best-validated screening questionnaires for autism, the researchers note, and has been shown in previous studies to be highly sensitive.

Although the M-CHAT has been examined in other countries, however, the researchers say few studies have looked at its reliability among different groups in the U.S.

They found that among minority children and children whose mothers have less than a 12th-grade education, the test has low internal consistency, a measure of the correlation between different items on the test. (High internal consistency is a basic tenet of a good screening test.)

Other studies have reported high internal consistency for the M-CHAT, but this one is the first to assess the test in a rural, low-income population.

The researchers also found that mothers who have less than a 12th-grade education are more likely to rate their children high on autism risk factors.

Clinicians often follow up the M-CHAT survey with a phone call to clarify survey responses. It’s possible that this type of follow-up would improve detection and reliability. The researchers offered the caregivers the option of a follow-up, including a full diagnostic evaluation, but most declined.

The researchers say the findings highlight the need to more fully explore the M-CHAT and other screening tests in low-income groups, especially those with low education levels.