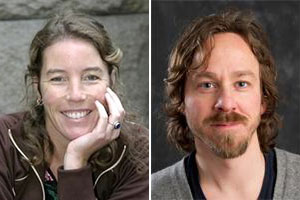 Autism and attention deficit hyperactivity disorder (ADHD) are distinct conditions that coexist in some children and adults. Our new study, published 2 September in Translational Psychiatry, suggests that individuals who have both disorders tend to share specific symptoms, such as repetitive and restricted patterns of behavior, inattention and hyperactivity1. It also supports a genetic link between autism and ADHD.

Up to 44 percent of people diagnosed with autism also meet the criteria for ADHD2. What’s more, the two disorders tend to run in the same families. That led us to investigate whether people with both autism and ADHD express a specific subset of symptoms that stem from shared genetic or environmental factors.

We used questionnaires to probe the existence and severity of autism and ADHD symptoms among 17,770 Swedish adult twins who participated in the Swedish Twin Study of Adults: Genes and Environments.

We found that repetitive and restricted behavior in autism is most strongly associated with inattention and hyperactivity in ADHD. This makes intuitive sense because restricted behaviors can interfere with the ability to switch attention from one task to another. Social and communication deficits in autism are also tied to inattention and hyperactivity in ADHD, but this association is weaker.

Studying identical and fraternal twins allowed us to take the analysis one step further and examine how genetic and environmental factors contribute to the association between autism and ADHD. We found that genetic factors account for the link more than environmental factors do, and that the genetic link is strongest between repetitive and restricted behavior in autism and inattention and hyperactivity in ADHD. This held true for men and women.

The findings are in line with those from our study of Dutch adults published last December. In that study, we found that the co-occurrence of autism and ADHD in adults stems from the inability to easily switch attention from one task to another. We also found this link to be genetic in nature3.

Taken together, these results suggest that the overlap between autism and ADHD in adults stems from the simultaneous manifestation of specific symptoms of both disorders.

This knowledge may help guide the treatment of both disorders. For instance, treating repetitive and restrictive behavior may improve inattention and hyperactivity in people with both autism and ADHD.

The findings may also help researchers find genes underlying these disorders. Because the genetic overlap between autism and ADHD appears to be symptom-specific, this could help researchers narrow the search for mutations to people with those symptoms.