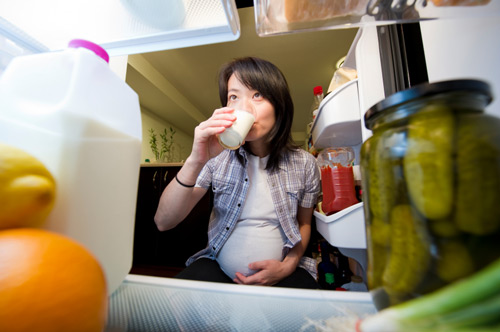 Being pregnant these days can be more stressful than ever, with growing lists of dos and don’ts. Don’t eat sushi, don’t drink alcohol. Exercise, sure, but not too much. Then there’s our society-wide unease about the rise of developmental disorders.

If a pregnant woman were to search SFARI.org for stories about prenatal risk factors for autism, she would find no shortage of things she is supposed to avoid: the flu, antidepressants, sugar and even being too old. And if this torrent of risk factors fueled her anxiety, she’d have to worry about that, too.

There’s nothing wrong with studies investigating links between prenatal events and autism or other developmental disorders. A lot of autism research focuses on mothers, and with good reason, given that the disorder takes root early in development. But as Sarah Richardson and her colleagues argue in a new commentary in Nature, journalists often cover this research irresponsibly.

Brain development involves an incredibly complex mix of genetic, epigenetic, environmental and social influences. Yet the most common target for the blame? Something Mom brought to the game.

Autism researchers are familiar with the perils of blaming the mother for her child’s developmental problems. The ‘refrigerator mother’ theory of the 1950s, which claimed that autism is the result of cold and unaffectionate mothering, has been thoroughly debunked.

The theory died when studies emerged in the 1970s showing that autism has clear genetic roots. What hasn’t died, though, is the media’s tendency to deride pregnant women for their lifestyle choices.

Take, for example, the panic fueled in the 1980s and ’90s by the idea that taking cocaine during pregnancy can produce ‘crack babies’ with a host of developmental problems. As Richardson points out in the new Nature piece, more than 400 women, mostly black, have been prosecuted for using cocaine while pregnant, even though the exposure is no more harmful than that from smoking cigarettes or drinking alcohol. And speaking of alcohol, pregnant women are routinely chastised for drinking a sip of it, even though studies show that moderate drinking is not harmful to the fetus.

Richardson gives several recent examples of stories that lack context — such as giving risk percentages without distinguishing whether they are relative increases or absolute risks, which can mean very different things — or turn complex findings into advice for individual women.

In January, for example, National Public Radio covered a mouse study showing that mothers who eat a high-fat diet during pregnancy have pups with altered metabolic profiles. A line early in the piece reminds me of my dentist’s lectures on flossing: “Pregnancy should be a time to double-down on healthful eating if you want to avoid setting up your unborn child for a lifetime of wrestling with obesity.”

No doubt my own stories related to pregnancy and motherhood have made similar missteps. Reporting on basic medical research is difficult, particularly because most readers want to know how it may affect them. They want to glean insights or tips, news they can use. And we journalists report on this work in large part because of its potential relevance to health.

So how can we walk the line between accuracy and relevance, without condescendingly shaking our finger at mothers?

Richardson offers four sound suggestions for covering research on maternal influences. One is to note the pitfalls of translating findings from animal studies to people. Another is to include information about paternal influences. Autism literature, for example, is rife with examples of both maternal and paternal risk factors, so focusing solely on one parent is misleading.

The other two recommendations are tougher to execute, particularly when writing for a general audience. One is to, in Richardson’s words, “convey complexity.” Readers of SFARI.org may enjoy diving into scientific nitty-gritty, but that’s not necessarily true for someone flipping through the pages of USA Today. And yet, the caveats of this research are critical: Any given maternal risk factor does not act on its own, nor is it absolute. Stories should reflect that uncertainty.

The last is to highlight not only an individual woman’s choices, but society’s at large. Many prenatal risk factors for developmental disorders — whether drug use, stress or a flu infection — are linked to social and socioeconomic issues. And the blame for those disparities surely rests with all of us.