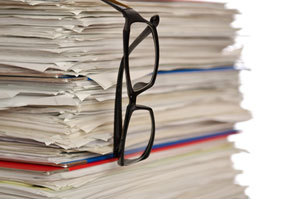 If your manuscript is rejected from the first journal you send it to, take heart. An analysis published 12 October in Science shows that papers that are turned down by one journal but published by another are cited significantly more often than papers accepted by the first-choice journal.

Researchers from McGill University in Montreal analyzed papers from nearly 1,000 journals in the biological sciences published between 2006 and 2008, sending a computerized survey to the corresponding authors of 215,000 papers. Nearly 40 percent responded, for a total of more than 80,000 papers.

About three-quarters of papers submitted to a journal were eventually published in that journal, suggesting that scientists are targeting their manuscripts to the right place.

But surprisingly, papers that were rejected by a journal and then resubmitted to another journal in the same field and published the same year tend to have a greater impact on the field, in terms of the number of citations, than first-submission papers published in that second journal.

This pattern is true regardless of whether the second journal has a higher or lower impact factor than the first one.

The researchers suggest that input from reviewers and editors of the rejected manuscripts helps to improve them. “These results should help authors endure the frustration associated with long resubmission processes and encourage them to take the challenge,” they write.

The study also found that Science and Nature, the brass rings of scientific publishing, do publish papers that have been rejected elsewhere, often by each other.

I wonder: Was this paper rejected by Nature? And did that make it better?