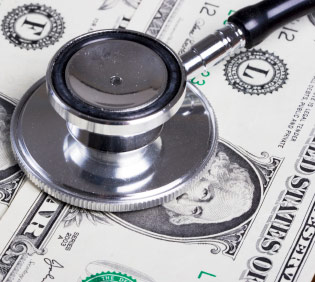 Opponents of health care reform spent a great deal of time talking about death panels for the elderly, but considerably less time discussing the need for early diagnosis and treatment of childhood diseases and disorders like autism.

A new Centers for Disease Control and Prevention study shows that, between 2000 and 2004, autism rates jumped 72 percent in Maryland and 38 percent in Georgia, with slightly less jaw-dropping increases in two other states.

Health care costs for the disorder are rising as well. A November study found that total health care expenditures for autism are rising faster than for any other mental disorder.

The study looked at 2.5 million children under age 17 enrolled in Medicaid, the federal government’s health insurance program for low-income individuals and families.

Between 2000 and 2003, the number of children enrolled in Medicaid with an autism diagnosis rose 28.7 percent, and autism-related expenditures increased by 37 percent.

Median expenditures for autism were higher than for any other childhood disorder studied — $14,360 per individual in 2003 compared with $8,965 for mental retardation, for example, and $10,670 for psychosis. Average annual health care expenditures for each child treated for autism topped $22,000.

The majority of children with an autism spectrum disorder are covered through Medicaid rather than private insurance. Some of those children are middle-class; all but three states permit families whose incomes are too high to qualify for Medicaid to apply for Medicaid-reimbursed health care services for children with autism and other developmental disorders.

Some states are considering requiring private insurers to cover autism-related services, though private coverage is usually considerably less broad than that provided by Medicaid.

A 2008 study showed that households that include a child with autism experience on average a 14 percent loss in annual income, regardless of parental age, education or ethnicity.

With new members of Congress talking of repealing or rolling back provisions of the health care reform bill passed last March — which expands coverage and seeks to rein in costs — the fate of many children with autism hangs in the balance. Everyone wants to lower costs, but limiting access to services for children with autism is not — should not be — an option.