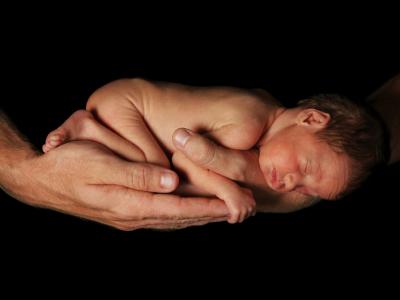 One out of four babies born extremely premature goes on to display behaviors associated with autism, according to a study published yesterday.

The study, in the April issue of Pediatrics, looked at 91 babies who weighed 3.3 pounds or less at birth and, on average, 10 weeks early. 23 of the children ― roughly 25% ― went on to develop signs of autism, the researchers say.

Perhaps because the study was published to coincide with World Autism Awareness Day, it was widely picked up. But given the headlines I read ― not to mention some of the stories themselves ― I feel compelled to point out that not all premature babies are at risk, nor does being born premature cause autism.

The study is preliminary, and none of these babies were diagnosed with autism. The researchers only found that at 22 months of age, some of the infants had signs of autism as defined on the 23-item Modified Checklist for Autism in Toddlers or M-CHAT.

That test is used to screen young children at high risk of autism, but cannot diagnose them with the disorder. Thereʼs some evidence that fewer than half of children who score positively on this test go on to be diagnosed with autism.

Extreme premature birth is known to cause other neurological disorders, such as cerebral palsy and metal retardation. As some experts have pointed out, however, many preemies generally reach developmental milestones later than their peers but do catch up.

Still, early diagnosis has many benefits, so with all the caveats in minds, those tiny preemies should probably be routinely screened for signs of autism.