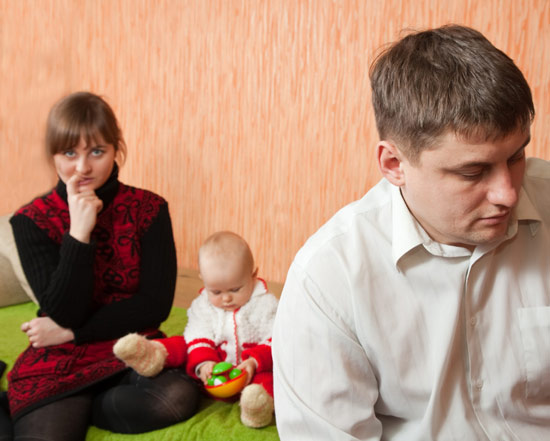 In the 1950s, when autism was a complete mystery, ‘refrigerator mothers’ who supposedly didn’t provide enough warmth and affection to their children were blamed for their children’s disorder. Fortunately, in 1977, a twin study showed the genetic basis for the disorder and laid that theory to rest.

The ‘broad autism phenotype,’ or BAP, describes individuals who show social and communication difficulties not severe enough to merit an autism diagnosis.

A new study published in the Journal of Autism and Developmental Disorders in June shows that BAP may take different forms in mothers and fathers. However, I’m surprised that the study doesn’t question whether the stress of raising a child with a developmental disorder can reinforce traditional gender roles and perhaps even create personality traits reminiscent of the disorder.

In the study, Israeli researchers used the Broad Autism Phenotype Questionnaire, a new screening test, to look for sex differences in BAP traits among parents of children with the disorder. The 36 questions on the test are designed to zero in on autism-related characteristics in three domains believed to reflect the core deficits of autism — social impairment, stereotyped and repetitive behavior and communication difficulties.

This translates to three types: the aloof person who isn’t very sociable, the rigid individual who has trouble adjusting to change and the language-impaired person who has trouble communicating effectively. The test includes 12 questions related to each of these types.

Parents of 33 children with autism and 5 with pervasive developmental disorder filled out the questionnaire twice, rating both themselves and their spouses. The researchers averaged the two sets of scores to produce a third ‘best estimate’ score.

They found that fathers of children with autism score high on ‘aloofness’ whereas mothers score high on ‘rigidity’ overall. Those high scores may have been driven by the way that spouses viewed each other, however.

The wives also recognized their own inflexibility. Though they rated themselves as slightly less rigid than their husbands rated them, their self-reported rigidity scores still met the cut-off for BAP.

The authors suggest that raising a child with autism, and the corresponding need to create a routine and predictable environment, may lead to women being perceived by their husbands as rigid and inflexible.

Though the researchers don’t make the connection, I imagine that it might also be true that fathers faced with the challenges of raising a child with a disability might withdraw. This was true of a couple I know who later divorced: The woman felt as though her husband checked out emotionally after their daughter was diagnosed with a developmental disability.

I’ve always been intrigued by personality tests, but I have to admit that this study and its findings make me a bit uncomfortable. The gender stereotyping of the responses is too neat for my taste.

People under stress often revert to more hard-wired behaviors, so it may be that the study has stumbled onto some profound truths about gender and autism. But this isn’t the study that proves it.