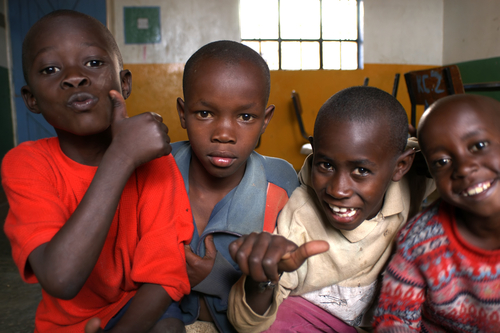 Some people consider autism a disease of affluence. Others think that it’s more common among Americans or educated people or Caucasians. And then there are those who think that autism is either a spiritual gift or a curse.

The latter group apparently includes more than 40 percent of nurses at four institutions in Nigeria who attribute autism to supernatural and preternatural factors, according to a new review of the scientific literature on autism in Africa.

The Nigerian study is one of only 12 papers in the scientific literature addressing the prevalence, diagnosis and treatment of autism in Africa and among African peoples, according to the review.

This exceedingly thin literature includes just two studies that have looked at the prevalence of autism among African children. Neither of them assessed the prevalence of the disorder among children living in sub-Saharan Africa. One focused on the North African nations of Egypt and Tunisia, and the other assessed children born to Somali immigrants in Sweden.

Only three studies have looked at the symptoms that typically bring an African child into a clinic for diagnosis and treatment. In 50 to 70 percent of cases in those studies, the child’s failure to speak appears to be a main concern.

Another two studies looking at comorbid disorders found that more than 60 percent of children with autism in Africa also have an intellectual disability. The researchers also found children who have both epilepsy and autism and, intriguingly, one case of albinism — an absence of pigment in the skin, hair and eyes.

These very limited data suggest that autism in Africa is rarely diagnosed in the absence of these striking features. Children who do not have such frank symptoms are more likely to be seen by spiritualists or traditional healers, according to Muideen Owolabi Bakare, a physician-researcher at the Federal Neuropsychiatric Hospital in Enugu State in Nigeria. Bakare is the lead author of both the study on Nigerian healthcare workers and the new review.

According to his website, Bakare’s research focuses on defining the burden of neurodevelopmental disorders in Nigeria and other parts of Africa. It’s a tall order, as another of his new papers notes.

The psychiatric hospital where he works started a child and adolescent psychiatry service in 2007. A total of 393 children were seen there between 1 January, 2009 and 31 December, 2009. Schizophrenia and other psychotic disorders were the most common diagnoses.

The review notes that parents tend to bring in only those children who are difficult to cope with at home, which probably means that the vast majority of children with anxiety disorders or less severe forms of autism, as well as those with other conditions that might benefit from treatment, are never seen.

The solution is to reach out to the general community and to community health care workers to raise awareness about childhood neurodevelopmental and neuropsychiatric disorders. As the paper on nurses indicates, that may require educating them as well.

For the record, let me say that it’s not only Nigerian health care workers who have unconventional views about the causes of autism — I once met a Caucasian-American woman who told me that her son’s autism was caused by a demon.