How to improve oxytocin research for autism 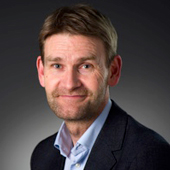 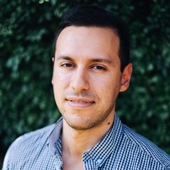 Daniel Quintana
Senior researcher, Norwegian Centre for Mental Disorders Research
Sign up for Spectrum’s newsletters
Thanks for subscribing!
The Experts:

Few hormones have captured as much interest from scientists and laypeople alike as oxytocin. This hormone is produced primarily in the brain, where it acts as a neurotransmitter, but it also has functions throughout the body. Researchers have known for more than a century that oxytocin helps to initiate childbirth and facilitate breastfeeding, for example, and a wealth of research over the past two decades supports its role in social behavior as well.

Administering the hormone may even ease the social difficulties characteristic of autism, according to studies in both animals and people. Thanks to these findings, interest in oxytocin as a treatment for autism is progressing through a ‘hype cycle,’ which characterizes many innovations: Initial excitement is followed by disappointment when results fail to meet high expectations, and then a plateau phase, when expectations match actuality.

We suggested in 2017 that oxytocin research in autism was heading toward a plateau, and its potential would soon be better understood. But without coordinated efforts to address issues that contributed to the initially overhyped expectations for oxytocin, there is a risk that the hype cycle will start again.

To safeguard against that possibility, research in the field must adopt refined theories of oxytocin’s purpose, improved methods for oxytocin delivery, and reproducible research practices. In a paper published in January in Nature Human Behavior, we argue that the combination of these complementary approaches will accelerate oxytocin research to a plateau stage — and reveal whether its potential meets all the hype.

Prevailing theories focus largely on the social effects of oxytocin. Emerging research, however, indicates that oxytocin also influences non-social cognition and behavior, such as learning. Therefore, there’s a need to develop stronger theories that better represent oxytocin’s purpose in behavior and cognition.

To that end, we recently created a detailed map of the density of oxytocin receptors in the human brain. These receptors act as locks, which can be opened by oxytocin and lead to certain responses, depending on their location and number. We found that oxytocin receptor patterns correspond with brain regions that are most active when processing social information, as expected. But notably, we also found that high expression levels are associated with brain regions underlying learning, reward and metabolic regulation processes.

Combining these results with the idea that oxytocin evolved to support learning and energy regulation, we propose an allostatic theory of oxytocin: The hormone’s broad purpose is to maintain stability in changing environments, in both social and non-social contexts.

Allostasis — the ability to adjust behavior and physiology in anticipation of changes in the environment — is similar to homeostasis, in which adjustments occur in response to actual changes in the environment. Our allostatic theory helps explain oxytocin’s role in autism’s characteristic social difficulties, in which someone may have trouble appropriately shifting her behavior in response to other people’s actions. It also accounts for some of the restricted and repetitive behaviors that characterize autism, such as routines, rituals and an insistence on sameness, which persist despite a change in environmental requirements.

We hope that adopting a theoretical scaffold that better reflects the function of oxytocin will help future research ask more accurate questions.

Delivering on the promise:

Much of the discussion about improving oxytocin research has focused on understanding how the hormone, once administered, reaches the brain to exert its effects on behavior. Unlike with other pharmacological treatments, delivering oxytocin via injection or tablet is unlikely to have any direct effects on the brain; oxytocin molecules are too large to pass from the blood through the barrier surrounding the brain.

By contrast, intranasal administration offers a direct route to the brain via a network of nerves. Despite some initial doubts about this form of delivery, a 2018 study tracked oxytocin tagged with a radioactive tracer in rats and confirmed that the molecules enter the brain via a direct nose-to-brain route. Moreover, oxytocin administered this way, but not injections of it, influences social cognition, according to a study that compared delivery methods in people.

In addition to adopting an allostatic theory and pursuing intranasal administration, researchers must produce replicable results. Indeed, for oxytocin to become a viable treatment for autism, its effects need to be reliable. The oxytocin field has had an issue with small samples sizes of less than about 20 participants per group, which can poorly represent the heterogeneity of autism in the community. Not only does this mean that positive results are unreliable, but negative results with small sample sizes are also unreliable, because it’s unclear whether they are due to a small sample size or a small effect. To make confident conclusions, samples sizes in oxytocin research need to markedly increase, although there are signs that this has already begun to occur.

Researchers also need to use methods to assess the presence of null effects, or effects that are so small that they’re practically meaningless. Without an objective means of falsification, theories cannot be rejected or refined. When a study yields a non-significant result, which is typically associated with a p-value greater than 0.05, there are two possible conclusions: Either the sample size was too small to detect a difference or there was no difference, otherwise known as support for a null hypothesis. But there is no way to know which conclusion is correct based on the p-value alone, no matter the sample size. Instead, researchers must deploy statistical approaches that can be used to falsify hypotheses: equivalence testing and Bayesian hypothesis testing. Either can illuminate non-significant effects and help direct decisions for future research.

Open data will also improve reproducibility and is a good use of resources, because other researchers can use these data to generate hypotheses. Although many research participants are in favor of sharing their anonymized data, some are understandably reluctant to share sensitive information. In these cases, scientists can deploy a ‘synthetic dataset,’ which mimics the statistical properties of the original dataset but makes it almost impossible to identify individuals. Other researchers can verify reported analyses and explore the data for new discoveries, while maintaining the anonymity of the research participants.

Oxytocin is an evolutionarily ancient hormone that plays a role in multiple complex behaviors and physiological processes. Several lines of evidence from animal and human studies point to the exciting prospect that oxytocin may form the basis of future treatment for autism. By carefully considering theory, methods and reproducibility, the field can more rapidly grasp whether these studies will translate to a successful autism treatment.