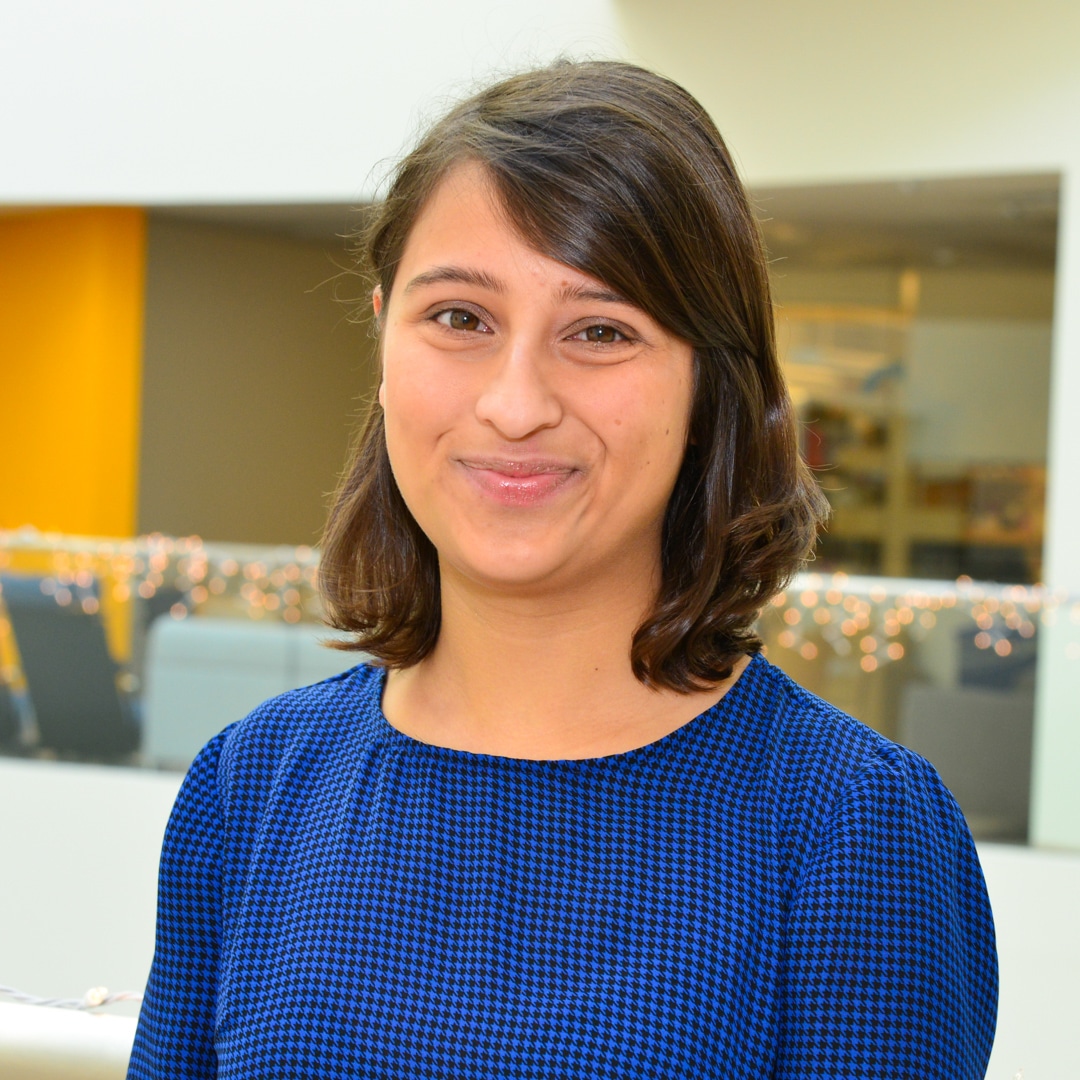 Anila D’Mello
Assistant professor, University of Texas Southwestern
Sign up for Spectrum’s newsletters
Thanks for subscribing! 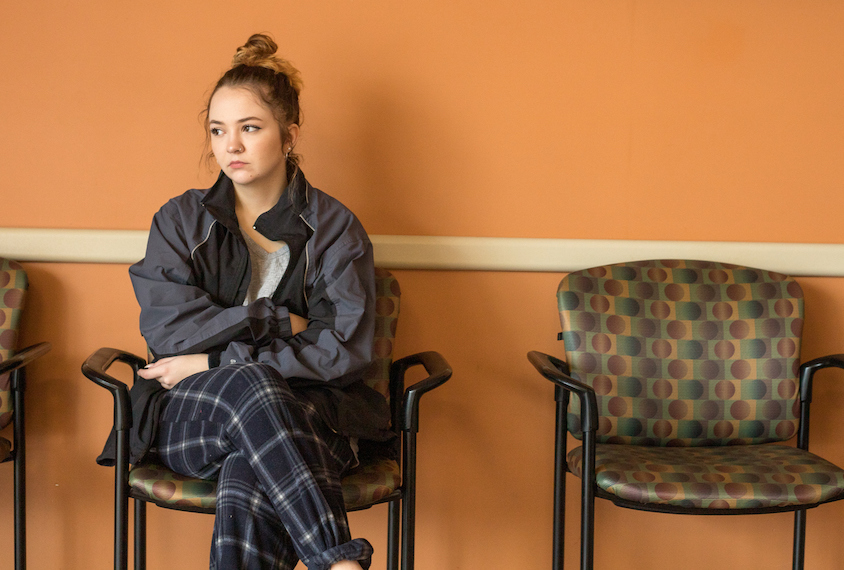 The amount of research dedicated to understanding autism has grown rapidly, with more than 50,000 papers about the condition published over the past decade alone. To build on that foundation, it is essential to carefully evaluate our research questions, methodology and results (the “what” or “how” of a study) as well as the demographics of our samples (the “who”). Unfortunately, in autism research, samples are often unbalanced in terms of the numbers of women and men they include.

The discrepancies can be extreme. In a recent meta-analysis of more than 1,400 neuroimaging studies in autism, only four of them recruited female-only samples compared with 434 studies that recruited male-only samples. In other words, girls and women are being largely excluded from autism research, meaning that only autistic boys and men are providing much of what we already know about the condition — a bias that will fundamentally affect our perception of autism.

Unfortunately, autism researchers often feel as though recruiting balanced samples, or including women at all, is unnecessary because of their perception that autism is primarily a male condition, and research that includes few women and girls may further reinforce this stereotype. What’s more, common diagnostic and research practices may miss autism in girls, thereby excluding them from studies. This may, in turn, constrain the scope of future autism research, misdirect the development of diagnostic tools and limit access to services for certain autistic people.

Therefore, I urge autism researchers to take a closer look at the ways in which we may be contributing to autism’s sex bias and to deploy some simple steps to counteract it.

Why are autism research studies so skewed toward boys and men? The problem likely begins prior to the research process. Autistic girls and women (and other autistic people who do not identify as male) face greater challenges obtaining a diagnosis than do boys and men, and they are less likely to be diagnosed with autism even when they are exhibiting similar levels of challenges. This barrier may be due in part to physician and societal biases about autism in girls and women and in part to phenotypic differences in the presentation of autism traits. These issues can push the age of diagnosis significantly higher in girls, even though the age at which parents first express concern is similar between the sexes. Taken together, these data suggest that the pool of available female research participants is low prior to recruitment into research despite the fact that autistic girls and women are not uncommon: In contrast to the commonly reported 4-to-1 ratio, recent epidemiological studies of sex ratios in autism report male-to-female ratios closer to 2-to-1 or 3-to-1.

Underdiagnosis of girls and women with autism is not the only factor leading to the extreme sex biases seen in autism research. Specific aspects of the research process itself also exclude them. Although autistic participants tend to enter research studies with an existing community diagnosis (obtained from a clinician in line with criteria from the fourth or fifth edition of the Diagnostic and Statistical Manual of Mental Disorders), researchers often choose to confirm this diagnosis in the lab. To do this, researchers might use gold-standard tools such as the Autism Diagnostic Observation Schedule (ADOS) or Autism Diagnostic Interview (ADI). Researchers apply published cutoff scores on these assessments to determine whether someone “meets diagnostic criteria” for autism and thus whether they are eligible for research participation. Although this process is meant solely to confirm the validity of existing, self-reported diagnoses, it may also have unintended and potentially sex-skewing consequences with respects to who is ultimately deemed eligible.

Many studies have identified sex differences on the ADOS across children and adults, with girls and women often scoring lower than boys and men (i.e., showing fewer challenges), particularly in the domain of social communication. This gap could be due to true phenotypic differences (or differences between men and women in general) in such domains as social communication and social attention, which are heavily weighted on the ADOS. The fact that the ADOS was standardized using a primarily male sample may only intensify those differences. As a result, girls and women who meet criteria on the ADOS might exhibit a particular set of symptoms that is not representative of all autistic females more broadly.

To investigate whether confirmatory diagnostic measures such as the ADOS might skew an eligible research sample toward one that is heavily male, my colleagues and I retrospectively examined the effects of applying ADOS cutoffs to a large cohort with preexisting community diagnoses of autism. Although women and girls made up nearly 50 percent of the initially recruited sample, they were disproportionately excluded from research participation after diagnostic confirmation with the ADOS, creating a significant “leak” in the recruitment-to-research pipeline.

The culprit was primarily differences in cutoff scores in the test’s social communication domain. Girls and women scored lower (suggesting they showed fewer challenges) than their male counterparts. Indeed, ADOS scores were highly predictive of sex: An increase of one standard deviation in overall ADOS score was associated with nearly twice the probability of being male.

Strikingly, similar patterns are notable in publicly available (and largely sampled) databases. We found that across eight national and international databases of autistic people (numbering more than 42,000 individuals), reliance on community diagnosis translated to more balanced sex ratios. We thus concluded that using the ADOS to determine eligibility is associated with excluding more girls and women from research participation.

One patch for this “leaky” pipeline may be to use community diagnosis, without any confirmatory measures. Indeed, recent work suggests that a clinical diagnosis and a diagnosis as confirmed by the ADOS align in 90 percent of cases (although the sample used in this study was mostly male).

Other solutions could include moving away from categorial diagnostic designations (e.g., autistic vs. non-autistic) and going toward dimensional designs that may enable greater flexibility in terms of who is included in research, or toward eligibility criteria that are independent of a person’s sex. For example, certain computerized tasks successfully differentiate autistic and non-autistic people but do not show sex differences.

Ultimately, to get a complete picture of autism in all people with the condition, researchers must be incentivized to take sex differences into account, including support for studies that focus exclusively on autistic women and girls. Fortunately, some bodies are already taking steps in this direction. The U.S. National Institutes of Health, for instance, requires the consideration of sex as a biological variable in data collection, reporting and publication (although strong justification from the literature can be provided for applications proposing the study of just one sex). Similar calls to examine autistic girls and women have appeared from private funding organizations such as the Simons Foundation Autism Research Initiative (SFARI). (SFARI funds Spectrum, though the editorial team operates independently from the foundation.)

In addition, research studies that rely on preexisting community diagnoses should not be penalized as being less rigorous during the review process. Lastly, researchers should attempt to understand differences in girls and women who do or do not meet criteria on the ADOS or other confirmatory measures. Only with an active effort to right the imbalance in autism research will researchers generate the knowledge needed to best serve this community.

Anila D’Mello is assistant professor and Jon Heighten Scholar in Autism Research in the Department of Psychiatry and O’Donnell Brain Institute at the University of Texas Southwestern in Dallas.