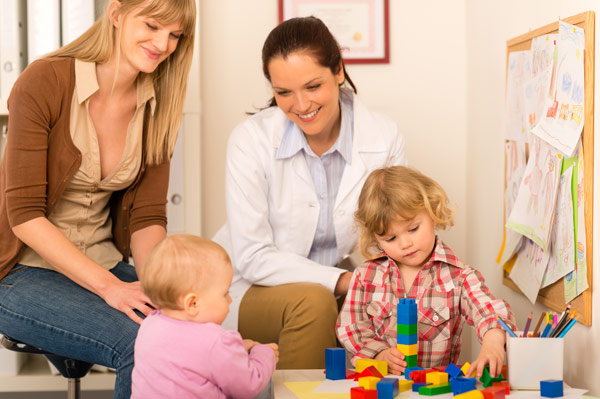 Researchers have long known that the younger siblings of children with autism are about 20 times more likely than average to be diagnosed with the disorder. Because of the children’s family history, doctors often follow these so-called ‘baby sibs’ in infancy for subtle signs of autism, sometimes diagnosing them before age 3. This age has long been thought to be the youngest at which children can reliably be diagnosed with the disorder. But it has remained unclear whether these early diagnoses hold up with time.

A study published 29 April in the Journal of Child Psychology and Psychiatry suggests that the vast majority of baby sibs who are identified as having autism between 18 and 24 months retain their diagnoses at age 3. (In the general population, children are typically diagnosed at age 4.)

The findings jibe with nearly two decades of evidence indicating that early autism diagnoses are remarkably stable for children in the general population. But they also reveal that standard tests do not detect autism in some baby sib toddlers.

The researchers followed 418 baby sibs from 18 to 36 months of age. Licensed clinicians evaluated the children for autism-like behaviors and examined their language, motor and cognitive skills at 18, 24 and 36 months. At each visit, the clinicians were able to diagnose some of the children.

Of the 17 baby sibs who turned out not to have autism, some received other diagnoses, such as speech and language delays. Others may have improved after receiving behavioral interventions, but the study did not assess this possibility.

Although an early diagnosis for a baby sib is liable to stick, being cleared of autism at a young age is less likely to be informative. The study shows that early evaluations miss a large proportion of baby sibs who have autism.

Of the 110 children who were ultimately diagnosed with autism, the clinicians missed 63 percent at 18 months, and 41 percent at 24 months. The researchers say autism symptoms in these children may either be slow to emerge or masked by normal language and cognitive abilities.

In any case, the findings suggest that baby sibs should be screened for autism repeatedly up to age 3.

The work has important research implications. In many studies, scientists sort baby sibs into groups based on whether they have autism at 24 months. This practice may wrongly classify a large proportion of the children as not having autism when they do in fact have it. That error could skew the differences uncovered in studies of baby sibs.

The study also reveals that baby sibs diagnosed with autism by 24 months have more severe symptoms and poorer language, motor and cognitive skills than those who are diagnosed at age 3. Given these differences, scientists and clinicians should not assume that observations about baby sibs who receive early diagnoses apply to other children with the disorder.